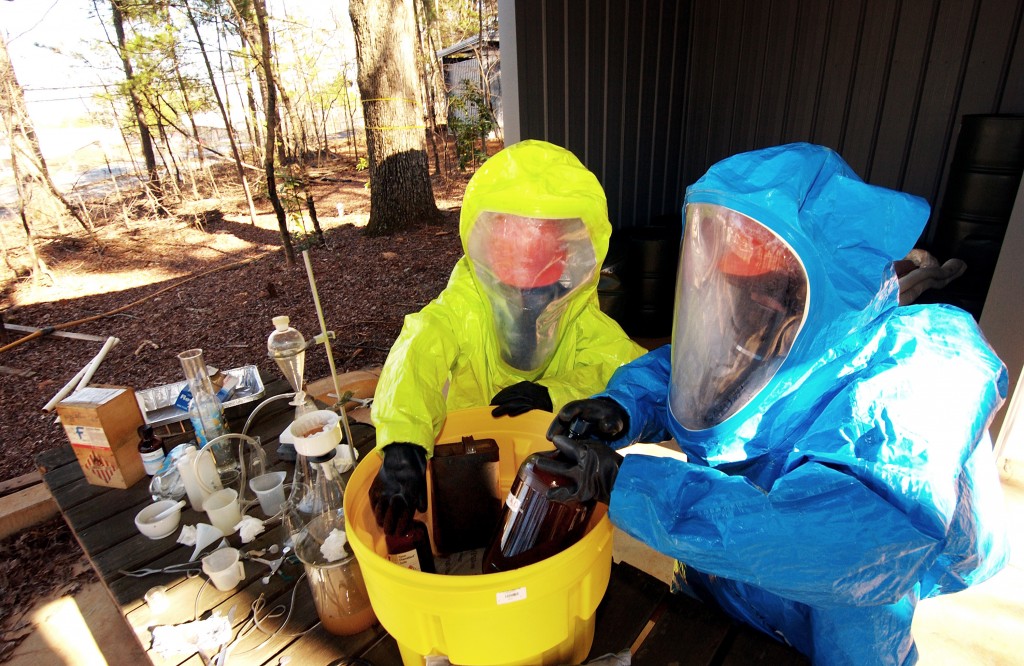 According to an NBC article, there exists such a thing as certified cleanup contractors for meth labs and apparently, the job pays well.

Unlike drugs produced from natural plants, such as heroin and cocaine, methamphetamine is synthesized from a chemical reaction, oftentimes cooked in DIY (do-it-yourself) labs set up in homes. Once these labs are discovered and shut down by officials, harmful residue from the cooking process remains. This is where certified hygienists and contractors come in.

In order to make these homes inhabitable again, all contaminated materials need to be located and removed. In some cases this means removing and replacing walls, flooring and air conditioning vents. In others, explosions and fires caused by the cooking process result in a more laborious, expensive process.

With tens of thousands of homes used as undercover meth labs in the past decade and around 25 states enforcing meth cleanup laws, the cleaning industry is burgeoning.

However, many insurance policies do not cover meth cleanup, making it far too expensive to pay out of pocket. This leaves quarantined homes in foreclosure, untouched until the bank or other institutions take cleanup into their hands.

The issue at hand is landlords don’t always disclose if meth-making is on a house’s historical record. Consequently, people may be living in contaminated homes across the United States unaware of its effects on their respiratory systems. This realization is a main reason why thorough meth cleanup is being enforced now more than ever and more businesses following the proper procedure are profiting.

“We consider it to be still in its infancy,” a frightening thought believed by Mazzuca.