Women’s Alcohol And Drug Rehab Centers Near You (me) 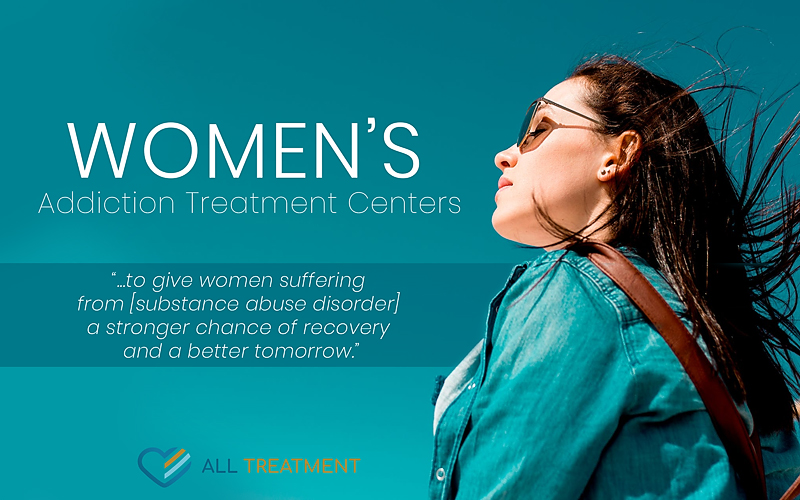 Women very often experience a unique set of circumstances that lead to substance use disorder (SUD). Societal factors, cultural expectations, and even basic physiology can significantly increase women’s chances of developing drug or alcohol addiction. Scientists have discovered a variety of specialized issues related to hormones, fertility, pregnancy, breastfeeding, and a menstrual cycle that can impact women’s struggles with substance abuse.

The Substance Abuse and Mental Health Services Administration (SAMHSA) reports that approximately sixteen million adult women use illicit drugs each year and that nearly five million adult women misuse prescription drugs. The Centers for Disease Control and Prevention estimates that every three minutes a woman goes to the emergency room for prescription painkiller misuse or abuse.

Alcohol Use Disorder among Women

In addition to specific problems with illicit and prescription drugs, women also face a specialized set of factors that make them vulnerable to alcohol use disorder (AUD). The National Institute on Alcohol Abuse and Alcoholism estimates that 5.3 million women in the United States drink in a way that threatens their health, safety, and general well-being. A recent study from the National Institutes of Health indicates that that the rate of drinking in general, and binge drinking in particular, is rising faster among women age sixty or older than among their male contemporaries. In a single decade (2002-2012), the rate of women who drank rose nearly five percent while falling nearly two percent among men.

Contributing Factors of Substance Use Disorder among Women

Women face multiple factors that can make them more vulnerable to SUD, including but not limited to:

Over the past two decades, addiction treatment specialists, and the medical community at large have become increasingly aware of the unique substance use–related circumstances that women face by virtue of their gender, and more and more treatment centers have begun offering gender-specific treatment to help women patients heal. A recent study from Kaiser Permanente indicates that women are more likely than men to face multiple barriers to accessing substance abuse treatment and are less likely to seek treatment. Providing discreet, safe, compassionate environments to heal may help to reverse this trend.

Some of the primary benefits of women’s addiction treatment centers include:

Once women complete their treatment programs, a variety of women’s support groups and mental health therapists that specialize in gender-related substance are available to help them continue their recovery.

It’s common for women, and men, to internalize the adverse circumstances in their lives. Pride, fear of judgment, the inability to trust, and a variety of other factors often lead to self-medication, which can very quickly manifest in substance use. In the past, women faced specialized barriers to treatment that inhibited their ability to get peace of mind and lasting mental health. Advancements in the addiction treatment industry have lowered these barriers to give women suffering from SUD a stronger chance of recovery and a better tomorrow.