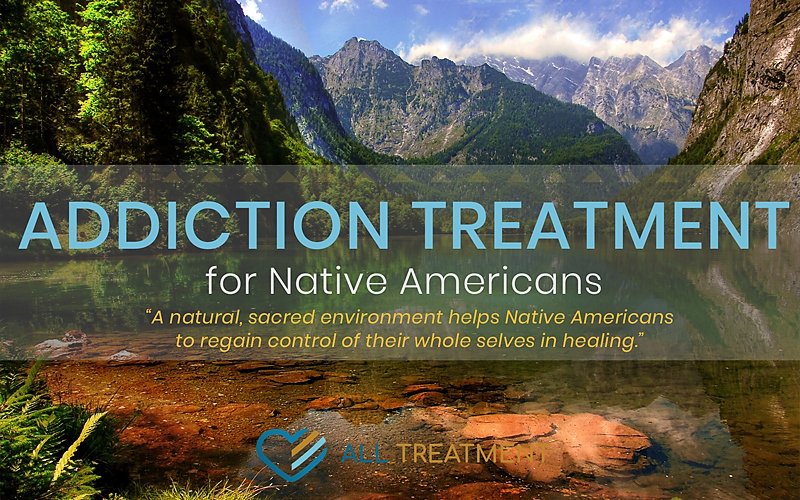 Learn About Addiction Among The Native Community

The complex issues regarding addiction in Native Americans are troubling to their communities. The IHS has collaborated with SAMHSA to combat substance abuse by creating a plan of action specific to Native American culture. Efforts are focused on education, awareness, research, intervention, and improved quality of care for Native American rehab centers.

Specific ideas are based on the needs of the NA people, including:

Part of the culturally-centered treatment is incorporating ideals with which patients identify. Reaffirming the heritage of these patients can allow a spiritual journey to ensure, thus promoting recovery in the best way for Native Americans.

Tribal elders lead ceremonies as cultural educators. Their mission is to promote healing through heritage, tradition, and history. Elders are highly respected for their wisdom and guidance in Native American tribes and encourage cultural pride and self-acceptance.

Some specific teachings of tribal elders include:

While there are some differences in methodology among different tribes, elders often follow a similar principle to honor the Native American heritage. In addiction treatment, Native American teachings can be incorporated into a recovery for a culturally familiar environment – utilizing spiritual treatments which have been recognized by tribes for generations.

Talking circles (or sacred/healing circles) are sacred ceremonies intended to restore the body, mind, and spirit. These ceremonies are often led by the leader of the circle. The ceremony begins with a prayer, led by the leader or a Tribal elder. A talking stick (or other sacred objects) is then given to the first speaker, and other members in the circle remain quiet. The stick is then passed to the next person until it makes its way around the circle. This method is useful for reflection and aids in spiritual clarity of those in the circle.

The format is similar to group therapy sessions in that it allows everyone to speak and be heard. This is a powerful practice in recovery and aids in connections with others who are in a similar situation.

Sweat lodges, first practiced by Plains Indians, are utilized in NA culture as a means of purification or cleansing the body and spirit. A sweat lodge is a small structure, often constructed from wood and earth in a dome shape on the ground. Stones are heated inside the lodge, and water is poured on the stones to create steam while those participating in the ceremony are inside. The ceremony typically spans several hours to promote spiritual awakening.

Traditional Symbols such as the Medicine Wheel

The traditional Native American medicine wheel is utilized as a way to see the health of the whole person—mind, body, spirit, and emotions. This helps patients to understand that addiction involves every part of a person and must be treated in the same way. The harmony between all factors of self is affected by addiction, so all parts need attention to begin healing.

Smudging ceremonies are performed as a way of helping patients “let go of the past.” Sweetgrass, an eagle feather, or sage is used to bless a written word and then is burned (or “smudged”) to let the words free. Letting go of the past is a difficult process but is a necessary step in recovery across the board. This NA tradition allows patients to heal and emerge from addiction by incorporating a visual ceremony.

A natural, sacred environment helps Native Americans to regain control of their whole selves in healing. Many Native American rehab centers are remote and centered on spiritual recovery. A natural setting is important in rehabilitation, as the focus is placed on traditional roots.

Native American (NA) culture is one which is deeply rooted in tradition. Drug and alcohol addiction is a prevalent strain on the NA people and jeopardizes the rich culture of Native American communities. Culturally-centered treatment is available for Native Americans struggling with addiction and is proven to be more effective for Native people than mainstream rehab options.

The National Institute on Alcohol Abuse and Alcoholism (NIAAA) reports that NA people are 519 percent more likely to die from alcohol-related death than any other race. Economic barriers and access to treatment have contributed to a steady incline of alcoholism, especially for those on tribal land. Alcoholism is a longstanding issue for Native Americans, as are co-occurring disorders. A common disorder alongside alcoholism for Native Americans is compulsive gambling.

In 1991, a four-month study was conducted in the Fort Meade Veterans Administration Hospital using the South Oaks Gambling Screening. This study found that 22 percent of Native Americans admitted for alcohol addiction treatment were shown to have a pathological gambling addiction, as compared to 7.3 percent of Caucasians in the same study. Forty-one percent of Native Americans reported problem gambling but were not identified as having pathological behavior, as compared to 21.3 percent of Caucasians.

The goal of this study was to identify the need for gambling addiction education in conjunction with alcohol treatment. With the noted correlation between alcohol addiction and gambling, these findings in relation to Native Americans and other races allow treatment centers to further understand and address gambling addiction during alcohol rehabilitation.

The Indian Health Service (IHS) reports that 21.1 percent of Native Americans over the age of twelve reported abuse of prescription drugs—most commonly opioids, stimulants, sedatives, and muscle relaxers. With a 206 percent incline in drug-related deaths among NA people since 1979, treatment for prescription drug addiction is more important than ever. Recovery services are focused on spiritual healing and may be the key to combating prescription drug abuse in the NA community.

With a prevalence of addiction in the NA community, many have difficulty finding the treatment that is centered around their tradition and culture. The idea behind NA-centered addiction treatment is to promote healing of the whole self and restore the rich culture inside every Native American. If you or someone you know could benefit from a Native American Rehab, visit our comprehensive treatment finder, or call to speak with one of our representatives. We’re here for you.