How to Spot a Meth Lab 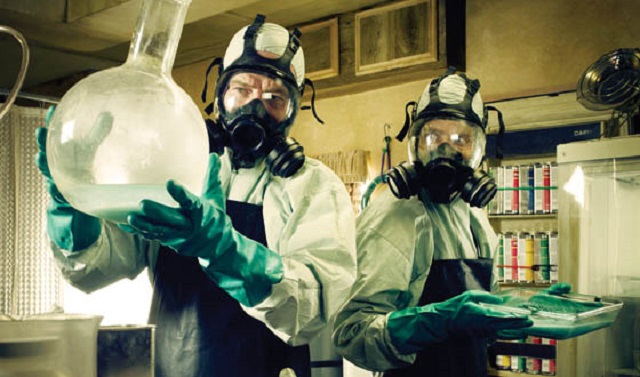 What is a meth lab? An ordinary person on the street might not know exactly how to answer that question, which makes recognizing a meth lab next to or near impossible. There are, however, surprisingly simple ways to spot one.

Signs of a Meth Cook

Methamphetamine is a central nervous system stimulant, which is used illegally as well as medically. Meth labs are built to create this drug illicitly, which requires the controlled use of many toxic, household chemicals.

People who run meth labs are intensely secretive, which is the very thing, paradoxically, that gives them away. In their urgency to ‘keep out’ intruders, they leave clues. Some of the signs that might signal the existence of a meth lab could be:

Meth labs require the use of a significant amount of chemicals, all of which need sensitive handling and disposal. Meth lab users might not use conventional rubbish removal services, or they might attempt to sneak rubbish into neighboring trash cans. Other signs of the disposal of toxic chemicals would be discolored patches of grass. This is due to the toxicity of chemicals which might be unwittingly spilled.

If you notice these chemicals being stored in curiously large amounts, it could indicate the presence of a meth lab. It can be difficult to know how to spot a meth lab, but the presence of inordinate amounts of the above chemicals, as well as other obvious visual indicators, offer much guidance.

More visual indicators that may indicate the presence of a meth lab are:

A meth lab explosion is real possibility, considering the flammability of the chemicals stored in one. This is why smoking inside a meth lab is particularly dangerous, and why there may be extra ventilation channels installed in an area housing one.

If you suspect the presence of a meth lab, do not attempt to confront the occupants. Contact your local authorities and explain to them why you think there might be a meth lab in operation.