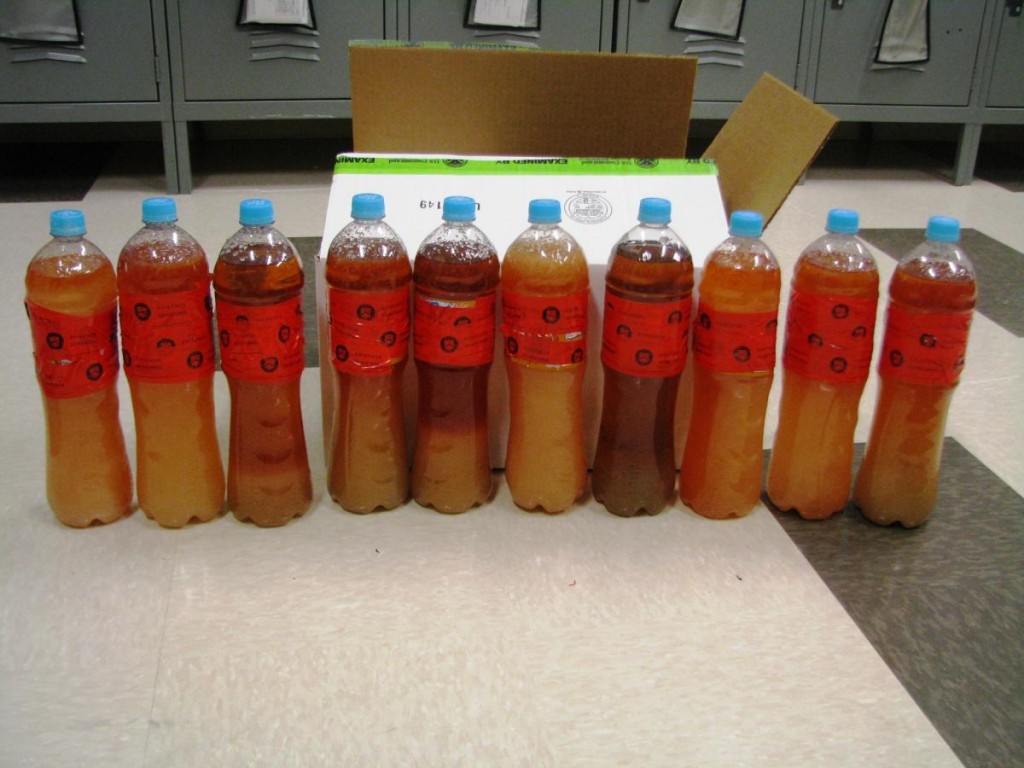 A 55-year-old British man recently died after drinking what he believed was just an awful tasting health drink, but was in fact a bottle of liquid methamphetamine — one of many bottles in the package with a cumulative value of $54,000. After taking the deadly dose, Romano Dias of Cambridgeshire, U.K., complained of the drink’s foul taste and a burning sensation in his throat. Immediately, Dias became violently sick, and said, “I am in trouble here. I am dying, I am dead.”

Three years ago, the bottles were delivered to Dias’ daughter’s residence in a package with the wrong name but correct address. Thinking someone would eventually claim the items, she held onto them. Eventually, she handed a bottle over to her father, thinking it was a harmless drink based on its label. He opened it, removed a sealing cork and took a fatal drink.

Investigators suspect the parcel was sent to the family by accident, meant instead for a meth distributor or manufacturer. The liquid was likely the start of a production method where dangerous and unstable ingredients are mixed in a plastic bottle for easy transportation.

Accidental consumption of liquid meth is more common than one would think, especially with children who can’t imagine anything but soda in a 2-liter bottle. Dias’ death was ruled an accident by authorities, who found no evidence indicating that he was a target of murder.