Will You Pass? Workplace Drug Testing in America 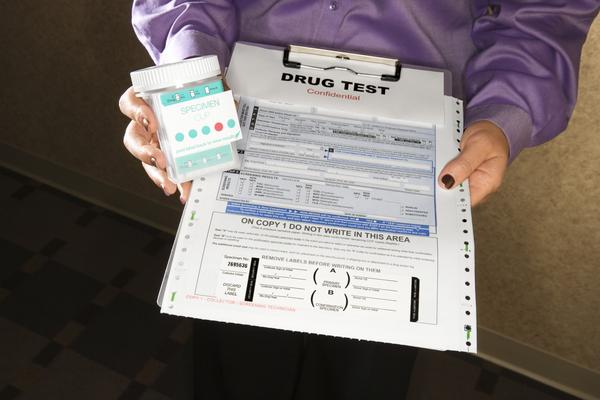 In many industries today, completing a drug test has become as routine as filling out a job application. Employers have been told since the Reagan administration that drug testing will protect company profits and keep workers in line — but is it really as effective as advocates want us to believe? More importantly, is it ethical?

“I waited for the attendant to turn her back before pulling down my pants, but she told me she had to watch everything I did. I am a 40-year old mother of three: nothing I have ever done in my life equals or deserves the humiliation, degradation, and mortification I felt.” – Anonymous

This letter written to the American Civil Liberties Union (ACLU) describes a workplace drug testing experience, and details the demeaning and embarrassing process one must endure. The fear that a prospective employee’s past or present drug use may hinder work performance, productivity, and company profits, ignited a crusade to implement mandatory workplace drug testing programs. Although the practice became widely accepted at one time, many are petitioning today that testing may negatively impact work environments and violate our civil rights.

Under the presidency of Ronald Reagan, the federal government estimated that loss of productivity in the workplace due to drug use cost billions of dollars each year. As a result, in 1986, President Reagan signed Executive Order 12564 instituting urine testing programs for federal agencies in hopes of creating a drug-free workplace. The order required federal employees to refrain from using illegal drugs, on or off-duty, as a condition of federal employment.

Two years later, Congress passed the Drug-Free Workplace Act of 1988, which ultimately created the Mandatory Guidelines for Federal Workplace Drug Testing Programs. The guidelines made it mandatory for federal workers to comply with on-site drug testing (typically urine analysis) upon date of hire and sometimes in response to a workplace accident. Those subject to mandatory testing included: executive agencies of the federal government, the uniformed services (except the armed forces), and contractors or service providers under contract with the federal government (except the postal service and employing units in the judicial and legislative branches). Following the Act, many state and local governments implemented similar programs.

In 1987, the American Management Association (AMA) began researching corporate drug policies and revealed that 21 percent of corporations studied had established drug testing programs. By 1996 this number significantly rose, noting that 81 percent of the studied major corporations had begun conducting drug testing. In many industries today, this practice has become as routine as filling out a job application.

The idea that drug use of any sort would result in a decrease in productivity and profits fueled a dramatic increase in workplace drug testing. Test advocates (the sellers of drug testing products and services) claimed that drug users cost businesses 33 billion dollars each year; however, today, many suggest that lost productivity costs around 100 billion dollars in lost profit.

“When post-accident drug screening reveals that a responsible person tested positive for marijuana, it does not mean that marijuana use played a causal role in the accident.” – The National Academy of Sciences

In addition to the advocates’ scare tactics, the exploitation of employees provided an opportunity for the federal government to encourage employers to fight the “war on drugs” through workplace drug testing. In 1989, the White House’s National Drug Control Strategy plan identified testing as a grand weapon in their battle, stating, “Because anyone using drugs stands a very good chance of being discovered, with disqualification from employment as a possible consequence, many will decide that the price of using drugs is just too high.”

Flaws in the System

With the government and drug-testing companies heavily influencing employers, the National Academy of Sciences (NAS) began investigating the prevalence and impact of drug use among the U.S. workforce. The National Institute on Drug Abuse (NIDA) commissioned the final report, Under the Influence? Drugs and the American Work Force, published in 1994. Aside from estimating that 1.2 billion dollars is spent on drug testing annually, the NAS addressed many of the indictments made by drug testing’s promoters.

The NAS discussed that drug tests fail to provide information differentiating occasional and habitual drug use, and only show that drug use occurred at some time in the past rather than revealing the measure of impairment at present. Furthermore, the study cited that the “residual effects” of moderate illicit drug use, while off the clock, do not affect workplace safety and productivity any more than moderate alcohol use, off the clock.

Since drug tests act as a poor indicator of the extent of drug use and its effect on work performance, several adverse outcomes may arise when a company implements drug testing. Some have argued that drug testing may negatively impact workplace morale and lower worker productivity.

Job satisfaction and morale may be unfavorably impacted due to the oftentimes degrading and demeaning process of drug testing. Many workers and prospective employees (whether or not they use drugs) report feeling embarrassed and offended by the experience; in part, because most drug tests force the individual to provide a urine sample while in the presence of others.

Also, perhaps due to low job satisfaction and morale, a study done by the Le Moyne College Institute of Industrial Relations revealed that companies with testing programs experienced considerably lower productivity than those that did not. The Le Moyne study examined 63 “high tech” firms and concluded that pre-employment and random testing procedures decrease productivity by approximately 20 percent in comparison to those companies without drug testing programs.

Aside from arguments suggesting that drug testing may cause more harm than good in the workplace, many Americans oppose workplace drug testing because they feel it infringes upon our civil rights. Disputes have been made that the testing process invades one’s right to privacy, protected under the United States Constitution.

Just like the 40-year old mother of three felt devastated as the attendant monitored her peeing into a cup, many disdain the degrading and humiliating practice of drug testing. It cultivates a culture in which people feel treated like mindless animals instead of valued human beings. Forcing a worker to defend their character without viable reason creates an atmosphere of distrust and fear.

Some oppose the practice due to the fact that one must supply a drug test before any evidence exists suggesting they have used drugs and may be unfit for the position because of this (searching without probable cause). Also, these tests may deny jobs and punish people for acts committed in their private lives outside of the workplace.

Additionally, concerns remain about having to report any over-the-counter and prescription medications prior to testing. Although designed to ensure that test results only detect illegal drugs, this obligates one to share highly private and potentially embarrassing information. Furthermore, urine analysis may reveal more than just past illegal drug use — employee pregnancy, for example, which may lead to job discrimination.

“…Drug testing unimpaired workers stands the presumption of innocence on its head, and violates the most fundamental privacy rights. Now we know that sacrificing these rights serves no legitimate business purpose either. Drug testing isn’t all it’s cracked up to be.” – Ira Glasser, Executive Director, ACLU