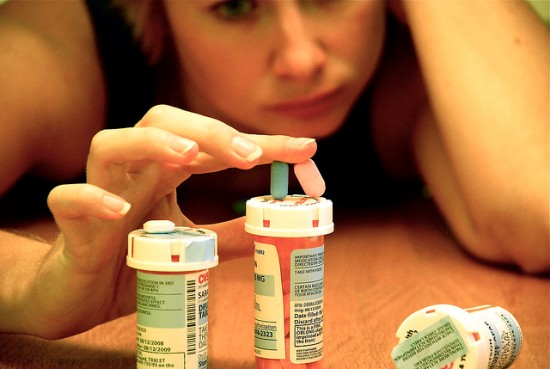 With prescription painkiller abuse at an all-time high — particularly in the state of Oregon — doctors are over-prescribing, teens are over-medicating, and the consequences are more harrowing than ever.

Our nation is plagued by prescription painkillers. In particular, Oregon ranks as one of the top states suffering most from this growing epidemic. Many people assume prescription drugs pose fewer dangers than illegal drugs like cocaine and meth. While prescription painkillers remain legal and do serve their purpose, studies show that the overprescribing, misuse, and abuse of these drugs has reached at an all-time high, especially throughout Oregon.

Opioid prescription drugs, such as Oxycodone and Vicodin, are highly dangerous and addictive narcotics when used improperly. Overdosing on these drugs killed 14,800 Americans in 2008 alone, more than the deaths caused by heroin and cocaine combined. Of the 10 States ranked highest for prescription opioid abuse aged 12 and up, Oregon continues to top the charts; the 2nd highest after Oklahoma, according to a federal study.

Oregon remains one of the highest states to use opioid prescription drugs with 6.4% amongst 12 and older. In comparison, Iowa ranked among the lowest with 3.6%, with the national average use at 4.6%, ages 12 and older. Although Oregon’s substance use causes alarm, these numbers show that prescription painkillers have become a serious problem throughout the entire nation. Even more so, these drugs devastate our youth at disturbing rates. Studies show that in Oregon, the non-medical use of prescription painkillers amongst ages 12-17 at 7.36%, 18-25 at 15%, and 26 and over at 4.86%. Prescription drug abuse amongst American youth exceeds previous generations by 40%, reportedly second to marijuana for the most popular drug of choice.

It should come as no surprise that states in which doctors prescribe the largest amounts of painkillers tend to have the highest rates of abuse and overdose deaths. Hydrocodone, the most prescribed drug in the nation, often leads to stronger pain meds like oxycodone and eventually heroin. Doctors in Oregon prescribe pain meds at a rate more than double that of the states with the lowest use.

Do Teens Know the Facts About Prescription Drugs?

A 2007 National Survey on Drug Use and Health of teenagers found that:

So what can be done to combat this problem? The Center for Disease Control and Prevention discusses several ideas. Continuing education and better training on prescription drugs for prescribers, as well as more accountability. Also, improving legislature laws and enforcing existing laws would assist in the fight. Along with, raising the awareness of these issues and increasing substance abuse treatment facilities and programs.

Oregon’s Lincoln County District Attorney, Rob Bovett, has been on the forefront of this battle. In regards to overprescribing, he wrote an article stating, “We need help, especially from our medical community. I’m not talking about help from the very small number of drug dealers who masquerade as doctors. I’m talking about the 99.9 percent of medical professionals who want to effectively treat pain but not contribute to addiction and this growing threat to our public health and safety.”

Oregon has recently taken measures to ensure that doctors have more resources enabling them to manage overprescribing better. In 2009, after an 8 year process, Oregon passed Senate Bill 335, embracing a statewide prescription drug-monitoring program. The program started in part to ensure better prescription medication, but offers an even greater impact. Now, pharmacists and physicians can better monitor prescriptions by entering patients’ information into a collective database, allowing them to quickly check patients’ history for signs of overdosing or “doctor-shopping”. The program received some backlash from the public due to the idea that it is a government-run operation. However, legislature has made it quite clear that the program will not be used as a law enforcement tool. Rigid search warrant laws in place ensure patients’ privacy takes precedence.

To solve the issue of prescription drug abuse the root of the problem must be addressed. Over prescribing by doctors, as well as the heavy hand (and wallet) of the pharmaceutical industry, needs serious rehabilitation if we want to start transforming opioid addiction. In fact, the entire concept in which we perceive prescription painkillers needs evaluation.