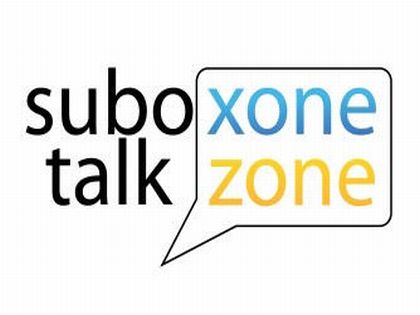 Dr. J. Junig is a psychiatrist whose blog, Suboxone Talk Zone, tackles issues of opioid dependence. He took some time recently to answer some of our questions about opioids, Suboxone, and how to treat an opioid addiction.

AllTreatment: Tell us a bit about yourself and what you do.

Dr. Junig: I am a psychiatrist, and I treat adults and children.  About 25% of my practice relates to addiction, mostly to opioids;  the rest would be a range of mental health issues including depression, anxiety, attention deficit, obsessive compulsive disorder… and sometimes just people looking for insight into the problems that seem to repeat themselves.

My practice is somewhat unique in that I see at most 2 people per hour, and I see many people for an hour each visit.  I believe that ‘med check’ psychiatry is actually harmful to most people for at least a couple reasons:  1. it leads psychiatrists to prescribe before having a true understanding of what is going on; 2. It encourages patients to take pills to solve their problems, rather than understanding that for most people, their symptoms come from ‘mind’ issues rather than ‘chemical imbalances’.

I do ‘psychodynamic psychotherapy’—i.e. try to understand the unconscious factors that drive the person’s behavior, and then help the person learn about those unconscious factors—and learn how to change them or at least to live with them.  I see some people weekly, and other people every 6 months— and everything in between.

AT: For those who don’t know, what are opioids and how are they harmful?

Dr. J: ‘Opioids’ are compounds or molecules that are either structurally related to opium, or have effects at the same brain receptors as opium.  Opium comes from the poppy plant, grown in central or South America or in Asia, e.g. Afghanistan.   Opium can be converted, relatively easily, to heroin or morphine.  There are also synthetic molecules that are not made from opium, but that have effects at the same brain receptors; we call them ‘opioids’ or ‘opiates’ as well.  These would be very potent pain relievers such as fentanyl or sufentanil—which are thousands of times more potent than morphine.

AT: What are some symptoms of opioid withdrawal?

Mental symptoms include severe depression, inability to concentrate, irritability, a desire to be away from others, suicidal thoughts, shame, and despair.

Dr. J: Suboxone is the brand name of a molecule called ‘buprenorphine,’ which is a relatively unique medication.  Buprenorphine acts like other opioids in some ways, stimulating receptors where other opioids have actions.  But there is a ceiling to the effect of buprenorphine, and beyond that level, there is no increase in opioid activity.  There are a couple ways that buprenorphine treats addiction;  first, the ceiling effect tricks the brain so that even as the blood level of buprenorphine drops between doses, the brain ‘feels’ as if nothing is wearing off—which prevents cravings for the drug.  The essence of addiction is the obsession to use opioids;  buprenorphine eliminates that obsession, effectively treating addiction.  It is NOT just covering it up;  it actually eliminates the obsession to use, which is so harmful to people’s lives.  Also, buprenorphine blocks the receptors for opioids, so that even if a person on the medication wanted to take opioids, there would be no effect from them— no ‘high’.

AT: Are there any other ways to treat an opioid addiction?

Dr. J: For years, the standard was ‘residential treatment’—going into a center for one to six months, and being immersed in treatment—with group therapy, individual therapy, art therapy, twelve step meetings, etc.  Those places are still out there.  The problem is that they have always had low success rates;  below 5-10% for over a year of sobriety.  Opioid dependence is a lifelong condition, and treatments only work if the person continues to go to meetings (in the case of non-medication treatments).  Likewise, treatment with Suboxone, in my opinion, should be considered a long-term process.  People treated for less than a year have a very high rate of relapse.

Some people have found success by using step programs on their own.  This is rare, but CAN occur if they are very desperate, and truly give themselves over to the program.  The general process is a series of simple steps, that the person works to accept in a certain order, while going to meetings at least a few times per week with other addicts working on the same steps—groups like AA or NA.  The first step is to recognize that the person cannot control the addiction- that the person is powerless to do so.  Once one accepts powerlessness, the desire to use often goes away.  Later steps include finding something to believe in, and working on personal character defects.

“Opioid dependence is a lifelong condition, and treatments only work if the person continues to go to meetings (in the case of non-medication treatments).”

Other treatments include methadone—which is where the person goes to a clinic each morning to get a dose of a potent opioid.  That medication relieves the desire for opioids, and also makes the person ‘tolerant’—or ‘used to’—high doses of opioids, so that drugs like heroin have less of an effect.  Methadone treatment, again, is considered something that is to be used for a long time—at least a number of years.

There are many ads on the internet for ‘rapid detox’ or the ‘Waismann method’—where the person is given anesthetics, and then given drugs that block all opioids.  The person wakes up 8 hours later.  The ads claim that the person is then ‘freed from addiction’, but in reality, the relapse rates are close to 100%.  The treatments cost over ten thousand dollars, and are, in my opinion, complete scams.

Finally, there is a medication called naltrexone that blocks opioids.  It can be taken orally, or by an injection every two weeks.  It prevents the person from getting any effect from opioids, which in turn relieves interest in abusing them.  The problem is that people must be off all opioids for 2-4 weeks before starting naltrexone—something that is very difficult for many addicts to do.

AT: Is an addict ever “cured” from opioid addiction?

Dr, J: Not in my opinion.  The addiction can be placed in ‘remission’—using buprenorphine (Suboxone) or using intense involvement in twelve step groups—but there is ALWAYS going to be risk of relapse.  There is also risk of ‘cross addiction’, where the person becomes addicted to a different addictive substance.  A key issue with addiction and recovery is for the patient to learn to live with ‘life on life’s terms’—to let go of the need to take something in order to ‘tolerate’ life’s problems.

AT: What advice can you offer to those who suffer from opioid addiction?

Dr. J: It is generally accepted as impossible for a person who is addicted to opioids to stop using without help.  The ‘easiest’—i.e. cheapest and most independent— way is to become completely immersed in a step group.  But to ‘get it’, the person must work to truly change the way he/she sees the world.  This type of change is rare- but possible, if the person is desperate enough.

If that doesn’t work, seek out a doctor who treats opioid dependence.  I favor buprenorphine treatment, but naltrexone injections—a med called ‘Vivitrol’—is promising especially for people who are addicted to lower amounts of pain pills—such as Vicodin, rather than Percocet.

In any case, get help.  Opioid dependence is progressive, and is often fatal.  Many people lose everything;  some go to prison; some die.  Help is available—but the person must seek out that help with all of the energy that they once used to find pain pills.