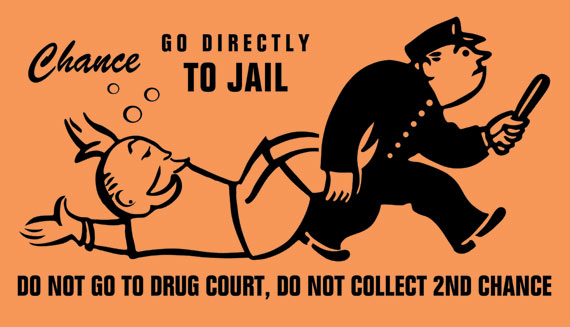 In Ohio and all over the nation, prescription drug abuse statistics are startling. Prescription drug abuse has been rising since the turn of the century. In general, drug overdose death rates have tripled in the United States since 1990: they’ve gone from just under 4 in 10,000 to over 12 in 2008. In 2009 there were 475,000 overdose-related hospital visits – double that of 2005. As the Ohio Department of Mental Health report states, “Prescription drugs are causing a larger overdose epidemic than illicit drugs ever have."

In Ohio, prescription drugs are the primary concern. The prescription drugs in question are Central Nervous System (CNS) depressants. These drugs act upon the central nervous system directly and slow the respiratory system. It’s possible to slow the system to a point of not breathing. They are opioid analgesics (pain relievers) or sedative drugs, and they are often used in conjunction with other drugs. The ODH Office of Vital Statistics reports in 2010, 77 percent of drug overdose-related deaths involved more than one drug, and 45 percent involved prescription opioids. In terms of drugs mentioned on death certificates in Ohio, prescription opioids are on the rise far more sharply than all other drug categories.

A drug court is an intersection between criminal justice and rehab. In Drug Court, law enforcement and trained officials monitor patients’ progress through drug related treatments. Patients entering a drug court sign confessions that waive their right to defense and due process – much like family court. When the program begins, subjects have access to greater treatment options for their addictions. They are also subject to regular drug testing to help monitor relapses. This ties into the measurement of success the courts look for.

In the 2000s, Drug Courts were established in response to rising concerns of drugs and their presence in Ohio. This test pilot gave five counties in Ohio drug court facilities and budgets, and their progress was monitored by 3 Ohio universities. The universities found that the drug programs were effective and cost-saving, and recommended expansion of the program.

Drug Courts Around the World

In the United States, drug court is typically held either at the same time or after prison. It is often seen as an educational tool for people who are thought likely to return to crime. It is overseen by judges who often are veterans of other judicial court systems. It does not always circumvent the traditional justice system.

In Australia, drug courts are thought of somewhat differently. Australian drug courts are seen as preventative, a way to deter the addicted from jail sentences. Relatedly, the European Union hopes to implement this attitude towards drugs, despite going against the UN’s drug directive.

So, essentially, the two systems can differ in mentality. The European and Australian courts are firmly preventative, and the U.S. systems are more along the lines of rehabilitation.

Ohio’s drug courts are straightforward. The goal is to help addicts and the convicted return to life without resorting to crime or drugs again — what’s called recidivism. This lends itself to easily measurable progress and goals. Consequently, it’s easy to convey success to lawmakers and taxpayers. This system is more justifiable — it is comparable with years of history in which drug courts have not been present. Drug courts oriented around prevention are nowhere near as easy to point to; they operate on a preventative measure rather than corrective.

The Ohio Drug Court system is using a drug called Vivitrol in many of its treatments. Vivitrol is a drug used to treat opioid addictions. Its usage is somewhat controversial, for reasons of cost efficiency and on principle. People believe that using drugs to treat addiction is immoral, or weak. For example, when the Betty Ford and Hazelden Treatment Centers merged in February 2014 many people spoke out about Hazelden’s treatment methods. Many of these people called for a return to Hazelden’s abstinence-only roots, and for a move away from drug treatments like Vivitrol.

Unfortunately, the justice system is often influenced by economics – sometimes quite practically. In the case of drug courts, many politicians are considering the idea for cost reasons. In many cases, drug courts are seen to reduce costs in various ways. One of these costs is financial, in the cost saved from prison time. Another cost however, is the cost of human life saved by treating addiction, preventing relapse, and crimes that often go alongside drug addictions.

There have been various studies on drug courts and their costs, and the studies generally either favor drug courts or return equal. These results are part of what lawmakers are using to choose to implement drug courts in their local jurisdiction.

Creative Solutions to a Growing Epidemic

This request is accompanied by positive results from Ohio’s five experimental counties, and a call for ‘creative solutions’ to the ‘opiate epidemic’ currently facing the nation, as drug usage soars and current approaches don’t seem to be working. Ohio’s officials and lawmakers are excited by this new approach to curb a growing issue.