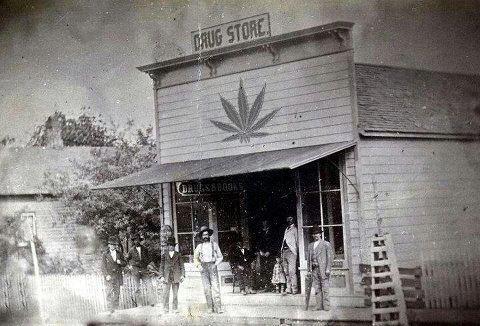 California’s perceived liberal attitude has allowed for much social and political reform, often acting as a bureaucratic beacon of hope for many other states. As the first state to legalize marijuana for medical purposes, California has been on the forefront of this legislative battle for decades.

A Brief History of Marijuana in the U.S.

Cultivation of marijuana in the United States has been documented as far back as the early 17th century, when settlers brought the plant to Jamestown, Virginia. Although the settlers grew the plant in order to produce hemp, its medical purposes did not go unrecognized as many people used the drug for: sleep aid, pain relief, depression, gout, convulsions and much more.

However, 20th century social reform movements attempted to change recreational use of marijuana and other substances such as alcohol, morphine, and opium. By 1937, Congress imposed the Marijuana Tax Act, which imposed a fee on all commercial transactions of the plant. Every state subsequently adopted laws that criminalized the general possession or sale of marijuana.

Nonetheless, prescription medical marijuana remained legal until 1970, until the federal government enacted the Comprehensive Drug Abuse Prevention and Control Act (now known as the Federal Controlled Substance Act). Under this law, the federal government categorized marijuana as a Schedule I controlled substance, making the drug illegal for physicians to prescribe to patients.

Despite federal opposition, California medical marijuana advocates advanced with initiatives on both state and local level. In 1991, San Francisco’s population voted overwhelmingly for Proposition P, a measure urging state lawmakers to allow the use of medical marijuana. Similarly, California officials approved laws in 1994 and 1995 recognizing the drug’s medicinal use. Regardless of public support, then Governor, Pete Wilson, known to have a strong stance against all marijuana use, vetoed both measures. Although the measures did not yield legal authority, the bills successfully portrayed public support and legitimized the drug’s medicinal rewards.

Undiscouraged, Dennis Peron, a long-time activist, led a movement to legalize medical marijuana by presenting the issue straight to the voters in the 1996 election. Along with allies, Peron formed a political action group known as the Californians for Compassionate Use.

Taking on the responsibility of writing the initiative himself, Peron titled it the “Compassionate Use Act”, later known as Proposition 215. In order for for the proposal to achieve a spot on the ballot, Peron would need at least 433,000 signatures, creating a long and expensive road ahead.

Proposition 215 protects physicians from legal punishment, allowing doctors to prescribe medical marijuana to qualifying patients and caregivers. Likewise, local law enforcement poses no risk to patients possessing or using prescription marijuana under the bill. Unique to Prop P, Peron’s measure sidestepped government authority, avoiding the possibility of being vetoed, and placed the power solely in the hands of the people.

With contributions from financial donors such as the California for Medical Rights group, Peron’s campaign raised over one million dollars and acquired 850,000 signatures, a fifth of the total number of votes needed for passage. By the time Prop 215 came up to a vote, Peron’s campaign had accumulated 2.5 million dollars, outspending the bill’s opponent’s, Citizens for a Drug-Free California, who garnered a mere $33,612.

Peron’s efforts paid off on November 5, 1996 when Prop 215 passed with a 56% majority vote, establishing California as the first state to legalize medical marijuana. Under the bill, patients and primary caregivers can legally possess and cultivate marijuana when prescribed by a physician. Specific ailments that qualify for medical marijuana include: AIDS, cancer, muscular spasticity, migraines, loss of appetite, chronic pain, “or any other illness for which marijuana provides relief.”

The words “any other illness” incited much discussion from critics who claimed that the bill seemed intentionally ambiguous, left room for interpretation, and basically allowed for the legalization of general marijuana use. Peron further enhanced critic’s worries by declaring, “I believe all marijuana use is medical- except for kids.”

The words “any other illness” incited much discussion from critics who claimed that the bill seemed intentionally ambiguous, left room for interpretation, and basically allowed for the legalization of general marijuana use.

Prop 215 attracted more than critical attention. Just months after the bill passed, the Clinton Administration began to vocalize their disdain for the state’s actions, stating that the new measure surpassed existing federal law.

In a press conference, Barry McCaffrey, director of the Office of National Drug Conference and Policy, stated, “Nothing has changed. Federal law is unaffected by these propositions.” Attorney General Janet Reno added that federal enforcement would begin targeting California physicians who recommended marijuana to patients, threatening to revoke their registration with the Drug Enforcement Agency (DEA) and prohibiting them from participating in Medicare and Medicaid programs.

After the Clinton Administration’s sharp disapproval, a group of California physicians, patients, and nonprofits filed a complaint in order to impede the federal government’s punishment on physicians. The complaint settled in September 2000, when the federal U.S. District Court of Northern California ruled to limit the ability of federal officials to punish physicians under the guidelines of Prop 215.

However, in 2005, the Supreme Court upheld that federal law enforcement reserved the right to punish anyone who dispensed, possessed, or used marijuana, regardless of state law. Although the federal government did not abolish Prop 215, the ruling reaffirmed federal power.

In order to establish more definitive guidelines for Prop 215, Governor Gray Davis signed the appropriately-titled Senate Bill 420, otherwise known as the Medical Marijuana Protection Act, in 2003. The bill determined how much marijuana patients may grow and possess without fear of possible arrest.

Although SB 420 received opposition from marijuana advocates who desired more liberal guidelines, the measure allowed for patients or caregivers to obtain 6 mature or 12 immature plants and up to half of a pound of dried, processed marijuana. Also, counties and cities could establish higher, but not lower, restrictions, forcing some “zero tolerance” counties to honor state guidelines.

In addition to the new guidelines, SB 420 put into place a voluntary patient identification card system. Dispersed by the California Department of Public Health, the ID cards maintained valid registration for one year, while taking patients’ privacy into account. With only a unique ID number appearing on the card, police could not identify a patient or caregiver by their name or address; however, law enforcement could call a 24-hour hotline in order to verify the card’s legitimacy.

With major strides made in the legalization of marijuana, politician Tom Ammiano introduced the Marijuana Control, Regulation, and Education Act, or Proposition 19, in 2009. Although legislation decriminalized marijuana in California in 1975, Ammiano’s bill would be the first to regulate and tax the sale of marijuana.

The removal of state penalties for cultivation, possession and use of marijuana, would allow persons over the age of 21 to purchase the drug from state approved dispensaries. Along with legalization, Ammiano hoped to create revenue, eliminate marijuana grown illegally, and free up drug law enforcement resources.

Appearing on the November 2010 ballot, Prop 19 ultimately lost by a 46% to 54% vote. However, in 2010, then Governor Arnold Schwarzenegger, an opposer of Prop 19, signed into California state law Senate Bill 1449. The bill went into effect on January 1, 2011 and reduced the charge of possession of up to one ounce of marijuana from a misdemeanor to an infraction, similar to a traffic violation.

The Future of Marijuana Legalization in California

Although Prop 19 failed, many attribute the success of Washington and Colorado’s marijuana legalization to the battles California fought first. As an illuminating example of social evolution, California’s efforts may account for American’s present perception of marijuana.

Recent figures estimate: 81% of Americans support medical marijuana, 72% are in favor of no jail time for possession of marijuana, and 50% believe it should be legal for adult use. Encouraging statistics like these manifest confidence in many state marijuana advocates. As California revisits Prop 19 in the future, one can expect enthusiasm and expectations for marijuana legalization to reach an all-time high.

"Prop 19 showed the world that legalization is a debate that needs to be taken seriously and that there's a huge constituency for it."

"Prop 19 showed the world that legalization is a debate that needs to be taken seriously and that there's a huge constituency for it," said Tom Angell, spokesman for the nonprofit Law Enforcement Against Prohibition. "People in California are excited to push it over the finish line here sooner rather than later."

Like Angell, Steve DeAngelo, co-founder and executive director of Oakland's Harborside Health Center, the country's largest medical marijuana dispensary, exudes optimism. "There is no doubt in my mind that we will see an initiative on the ballot either in 2014 or 2016,” he said. “The victory of these initiatives (in Washington and Colorado) has energized activists all over the United States and all over the world."

DeAngelo believes that in order for California to legalize marijuana, the state must first pass consistent regulations for the state’s medical marijuana industry. Currently, control lies in the hands of local jurisdiction, so restrictions vary from state to state. For example, Oakland and Santa Cruz have a strict set of rules for medical marijuana, while Los Angeles is much more relaxed.

Although advocates like Angel and DeAngelo feel that legalization may be right around the corner for the state, the issue remains at large on a federal level. In the fall of 2011, President Obama launched a war on medical marijuana in California. The strike forced hundreds of dispensaries to close their doors with thousands of jobs lost. Again in September of 2012, the federal government sent warning letters to 71 “illegal marijuana stores” in Los Angeles and Huntington Park.

DeAngelo expects that the initiatives in Washington and Colorado will help evolve the federal government’s stance on marijuana laws. "I think that the election results have the potential to give Obama the incentive and the political cover to do a real reassessment of federal cannabis policy," he stated. "Obama supporters overwhelmingly support cannabis reform and I hope the administration sees that it's time to support their constituency."

With California’s medical marijuana success paving the way, it is uncertain how the victories in Washington and Colorado will affect federal legislature’s perceptions on marijuana legalization. Over the past few decades, marijuana as a legitimate form of medicine has ignited many heated debates.

The dispute between federal and state government has blurred the current legality of marijuana. As states continue to move forward in creating policies conducive to marijuana legalization, it appears inevitable for federal government to revisit the current sanction of the drug.