Hippy Crack: The Dangers of Whippits 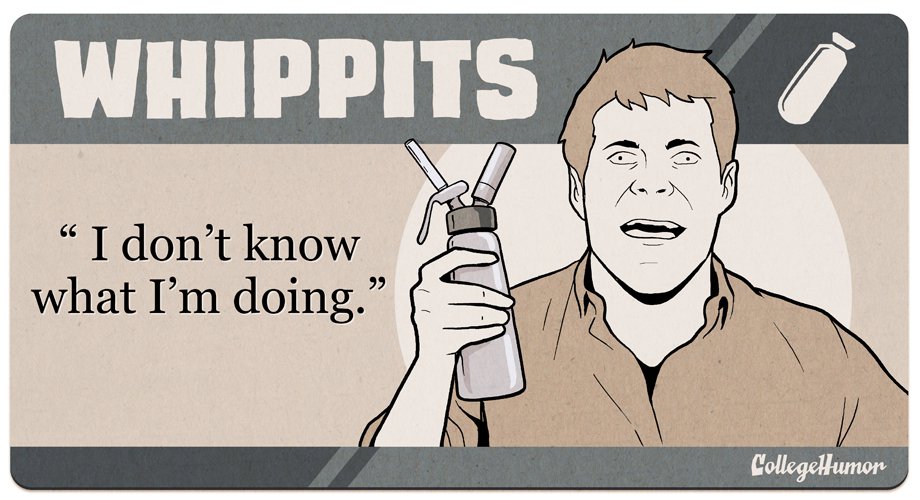 The term “whippits” is a commonly used name for small metal capsules or “chargers” of Nitrous Oxide, used to get an immediate high that only lasts between 1 – 2 minutes. The nickname was created in relation to the “old fashioned” whipped cream canister used to administer the chargers. To release the gas, the small metal chargers or whippets are placed into the whip cream canister, pierced with a “cracker”, then emptied into a balloon. The user then takes the balloon and inhales the N2O gas, holding their breath until they start to feel the high or light headed feeling. Even though the sensation is brief, it leaves the user wanting more, which is why some have started calling this drug the “hippie crack.”

Relatively cheap to buy, ranging anywhere from 9 – 80 dollars, the low price is affiliated with low budgeted “hippies.” Each charger is 8g or 16g of N2O, with its official use marketed for making homemade whipped cream. Sold in most “head” or smoke shops, these small canisters come in boxes of 12 or 24.

A once common tool to make a tasty treat, has now turned into a recreational high used to induce an altered state, giving users the feeling of extreme intoxication. The user often feels dizzy and disorientated, and in some extreme cases, loss of consciousness occurs. Though most people believe whippits are not harmful, inhaling N2O gas can cause spasms and always kills brain cells. Inhaling the sweet smelling gas, deprives your brain of oxygen, resulting in permanent brain damage if done continuously.

N2O gas depresses the Central Nervous System, causing slurred speech, loss of coordination, dizziness, and euphoria. Drowsiness can occur for several hours after use, and some users experience headaches that linger for multiple days. According to DrugFacts: Inhalants, “Although it is not very common, addiction to inhalants can occur with repeated abuse.” This dangerous, 1 – 2 minute high, is not worth the damage done to your brain.