The FDA Fights to Ban Painkillers 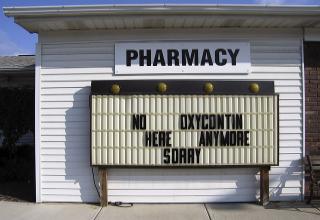 In 2009, the Federal Drug Administration advisory panel recommended banning hydrocodone and oxycodone products, like Vicodin and Percocet. The FDA’s goal in banning these highly used prescription drugs is in direct relation to the health concerns caused by acetaminophen.

In a 20 – 17 vote, the panel decided that these deadly painkillers should be taken off the market completely. This was a shock to most people, given that each is widely prescribed and used all around the United States. However, since the FDA is not obligated to implement recommendations from the advisory panel, they decided to continue the availability of both drugs. In a separate vote, the FDA decided that at the very least there should be a small warning label on these drugs if they are going to continue distribution.

The advisory panel’s persistence not only stems from the health hazards caused by acetaminophen, but the illegal use of both Vicodin and Percocet. “Painkillers now take the lives of more Americans than heroin and cocaine combined,” Sabrina Tavernise, author of “F.D.A Likely to Add Limits to Painkillers” writes, “and since 2008, drug-induced deaths have outstripped those from traffic accidents.”

In the United States, prescription drugs are the cause of almost 3/4th of all deaths resulting from overdose. The Center for Disease Control reported that “In 2008, more than 36,000 people died from drug overdoses, and most of these deaths were caused by prescription drugs.”

In 2013, a new proposal to increase the restrictions on painkillers arose, limiting public access by making them harder to obtain. Sabrina Tavernise writes that the FDA wants “a major policy change that advocates said could help ease the growing problem of addiction to painkillers, which exploded in the late 1990s.” However, in a 19 to 10 vote, the increased restriction did not pass.

Those who oppose new FDA standards feel that limiting the availability will not help against the high abuse rate. They are also concerned about the unfair obstacles chronically ill patients will have to face. Taking widely used painkillers off the market would cause complications between the doctors, pharmacists, and patients.

Sabrina Tavernise reports that “Refills without a new prescription would be forbidden, as would faxed prescriptions and those called in by phone. Only written prescriptions from a doctor would be allowed.” Pharmacies and other distributors, would be forced to hide the painkillers in secure vaults, making access to them time consuming and inconvenient.

Whether it be the illegal recreational use by men and women or the high concerns about the large amount of acetaminophen, the FDA continues to fight against these harmful painkillers.