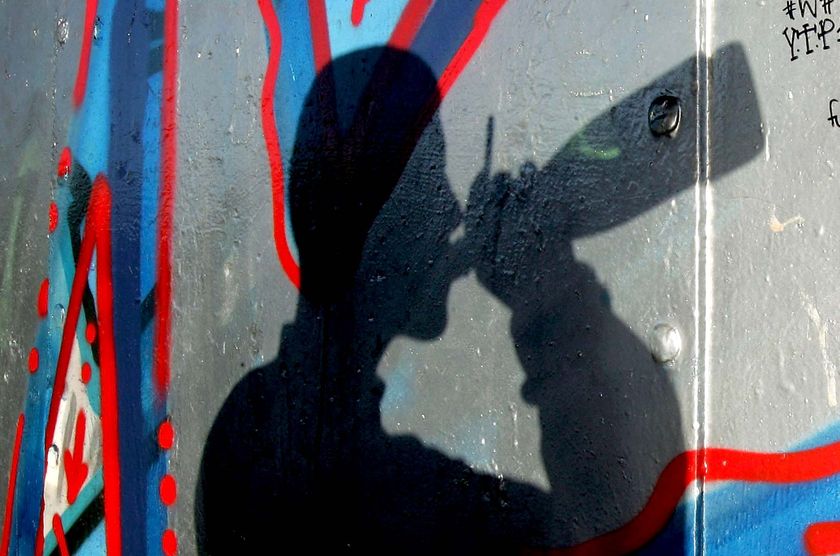 It was a balmy February afternoon, despite the sun peering between the clouds on the day that Ryan and I had agreed to meet. Up until that particular Saturday this man remained an internet mystery to me. Who answers a craigslist ad about writers looking for recovering addicts?

I had visions of the face-picking, glassy-eyed junkies who frequent my bus in and out of the city. They beg people for change, nobody looks at them, I don’t look at them, and now, suddenly I’m interviewing one. Or so I thought.

As I sat in the rear balcony sipping my tea latte and furiously making adjustments to my notes–lest I offend this Ryan character– I became engrossed with the idea that my first face-to-face interview might end the way most Law & Order episodes begin.

I was at the peak of my poorly-written crime drama when I heard a loud voice shout “Ahhhh!” to which my response was jumping ten feet in the air.

“I’m sorry,” said this young punk, “Did I scare you?” I must have had a look of terror on my face because he apologized once more. “I’m Ryan.” He stuck out his hand for me to shake. He was so young and fresh faced I was shocked. This young man is an alcoholic? He seemed so normal. The causal attire, the worn, comfortable hoodie said it all: “average guy.” I saw myself in Ryan: young, hopeful, idealistic. Despite his somewhat questionable entrance, I took a liking to him almost instinctually.

I sipped my latte once more and motioned for him to sit. He ran his hand across his hair and tugged on his ponytail and we exchanged nervous smiles as I fired up the camera.

“My first actual drink I was about five years old,” he began “My mom– she had me when she was 16– so she was still into her partying phase, she had just turned twenty-one, … I’m pretty sure it was Rainer and I threw it up or spit it out.”

His next drink came in high school, and Ryan is not alone in that trend. Although national statistics are at an all time low, surveys from the National Institute on Drug Abuse show that 63.5% of 12th graders admited to drinking in the past year. Similarly, binge drinking is down, but reports still show numbers in the double digits–14.7% among 10th graders and 21.6% among 12th graders.1

Curious about Ryan’s road to alcohol abuse, I probed further into his family history. “It definitely affects you if you see it while you are growing up,” he said, citing members of his own family who’ve have battled drug and alcohol addiction. “I think somewhere between 16 and 19 I realized I was going to have a problem… because of genetics and having an addictive personality. I’ve constantly heard it: ‘alcohol is extremely bad for you’…”

A Slow and Steady Spiral

Nonetheless, Ryan fell into the throes of alcohol, caring less and less about college and more about drinking. For him, alcohol was a way of taking the edge off at parties. “Meeting new friends, one of the quickest ways you think to bond with them is to party or to drink,” he noted, a statement that sent me reeling back to my high school and college days. The painful small talk of classes and professors until the elixir of liquor raised our spirits and allowed us to speak for what seemed like the first time.

“That’s when you loosen up and want to tell them more things about yourself,” he added.

“Why is that? Why do we drink in order to bond?” I asked, to which he only shrugged. One of life’s great mysteries.

“To be honest, I think when I realized there is a cut off point was probably earlier this month,” he confessed, avoiding the judgmental eye of the camera. He continued on about the bad diet trends that come with hangovers, the lazy attitude, the wasted days in bed. I could hear the disgust in his voice as he spoke: disgust for the lifestyle, perhaps disgust for himself for letting it suck him in. It was hard for me to imagine this fun and energetic guy curled in the fetal position on his couch, watching reruns of 90’s sitcoms with a trashcan at arm’s length on a Sunday afternoon. But he has been there. More importantly, he is tired of it.

As Ryan puts it: “In order to help others better, you have to help yourself. The most important person in your life is yourself, so you always gotta focus on you.”

Four weeks after my interview with Ryan, I was still floored. Shouldn’t this guy be wallowing in sorrows? Child to a teen mother, first drink at five, dead and destitute relatives left and right: this is a recipe for, well, a Law & Order episode, but all of his positive energy had me thinking the opposite. I could feel a sense of calm in him: he was ready for sobriety. I decided to set up a follow up interview just to check in, and if for no other reason, to talk to this great guy. The progress he had to report was, to say the least, inspirational.

“Sobriety has been awesome… [at parties,] I’m happy just drinking water.” He smiled with pride. His time spent drinking and nursing hangovers is now spent doing martial arts and freelance writing. He even hopes to get back into school within the year, but despite his advances, things still get tough for him.

“Every time I get stressed out, I realize the best thing I can do is, uh…” He hesitates shyly, his mouth twisting in slight embarrassment, or perhaps fondness. “The first person I always talk to is my grandmother. She pretty much is my mother. I always text her, like, every second I get stressed out. It is a good thing she is retired,” he laughs.

Life is looking good for Ryan these days. His perseverance and youthful take on life have made him a success. He is proof that there are many faces of dependency, and each one is capable of attaining sobriety and happiness. As of April 4, 2013, he is 47 days sober and counting.