Red, White, and Booze: Drinking Habits in the U.S.A. 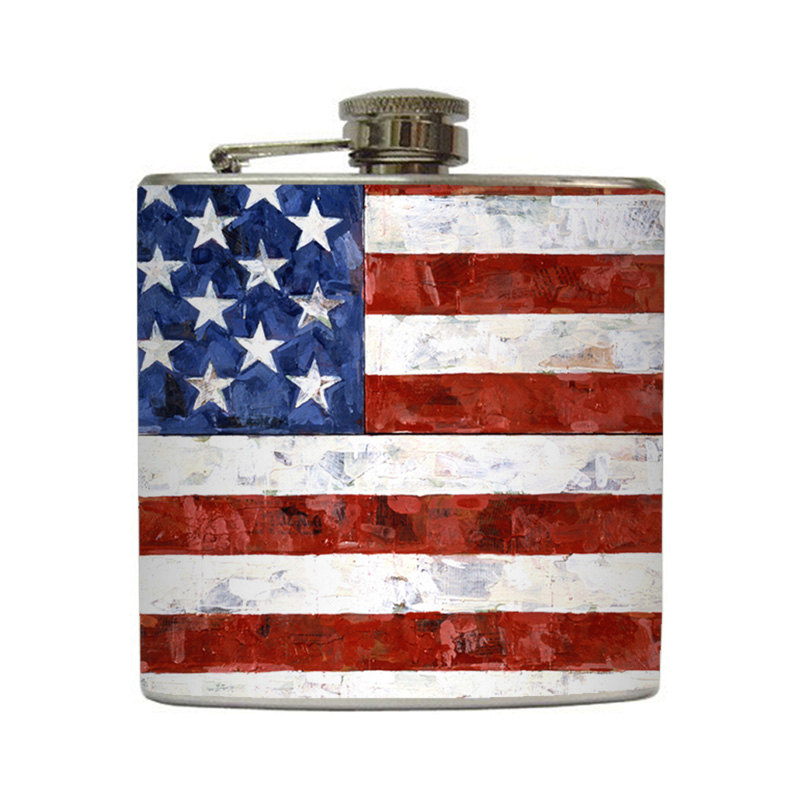 We’re just a few short weeks away from the 4th of July, the most patriotic of America’s many drinking holidays. AllTreatment investigates how people of every race, color, creed and national origin choose to partake in what has seemingly become our nation’s favorite pastime.

Analyzing the dominant subject matter in today’s pop music would lead many listeners to believe that young people across the land are forgetting all their responsibilities and gearing up for tonight, a night which, if it’s a good one, will be their last. While teens and young adults certainly do enjoy partying, the UK’s Daily Mail recently published an article claiming that England’s heaviest drinkers are, in fact, older women living in the country’s wealthiest neighborhoods. Americans are proud to have long ago won their independence from the Brits, but there’s no denying that we still have much in common with our English-speaking brethren across the pond. Reading the Mail’s report left this writer with a simple question: how does America drink?

The US has a long, complicated history with alcohol that AllTreatment has addressed elsewhere. Booze is the country’s drug of choice, though not everyone drinks. The 2012 Gallup Consumption Habits poll revealed that 66% of Americans, or around 207 million people, drink some form of alcohol. Out of this group, 33% did not have a drink in the seven days prior to the survey. Using this information, one can deduce that 44% of drinkers are “regular” drinkers, indulging in an alcoholic beverage at least once in the past week.

For 1 in 6 American adults, regular drinking slides into the dangerous territory of binge drinking. The average binge drinker does so four times a month and knocks back eight drinks over the course of several hours. It is estimated that 25% of people who drink to excess exhibit signs of alcohol abuse or alcoholism.

The Young and The Old

Unlike in the UK, which has a minimum drinking age of 18, Americans have to wait until they’re 21 to legally imbibe. This law has been on the books since 1984. Since that time, self-reported drinking among adolescents has dropped, yet 12 to 20-year olds are responsible for an 11% share of all the alcohol consumed in the States each year. And in 9 drinking episodes out of 10, people in this age group are binging, defined as having 5 or more drinks in one sitting for males and four or more drinks for females.

The most recent CDC Summary Health Statistics for U.S. Adults survey offers a thorough breakdown of how drinking habits change with age. Not surprisingly, adults aged 18-44 drink most frequently, with 56.8% categorized as regular drinkers. During the transition from middle to old age, drinking tends to slow down. Around 52% of 45-64 year olds drink regularly. Among the elderly, there is a swift drop-off in habitual drinking — 41.1% percent for the 65-74 year-old set and less than 30% for those older than 75.

While a relatively small number of Americans who have reached retirement age consider themselves regular tipplers, this group includes the most frequent binge drinkers. Adults over 65 who drink to excess do so an average of 5.5 times per month, compared with 4 times a month for 18-to-24 year-olds.

These numbers suggest that some seniors are unable to adjust their drinking habits as their bodies age and become less efficient in processing alcohol. Perhaps the elderly that binge-drink are struggling to come to terms with walking away from their careers, the loneliness that comes with losing spouses or dear friends, and the steady approach of death.

According to the Daily Mail, older, wealthy women in the UK often drink simply to the pass the time. This brings us to the next variable: money.

The Rich and The Poor

Habitual drinking decreases with age but rises with income. Four in ten Americans with a household income less than $35,000 are regular drinkers. For those earning more than $100,000, regular drinking increases by more than 20%. Mo’ money, mo’ problems? Not quite.

By definition, the wealthy have more disposable income than the poor. It follows, then, that those in the highest tax brackets would be willing to spend a small amount of their hefty earnings on alcohol (and other forms of entertainment). In the case of the working-class individual, abstaining makes more economic sense. That said, the available statistics on binge drinking slightly complicate this analysis.

Last January, the CDC published a report on the epidemic of binge drinking in America. Regarding the correlation between socioeconomic status and excessive drinking, a couple findings stand out: The group of Americans earning over $75,000 has the most binge drinkers. People earning less than $25,000, however, binge most frequently and drink the most when they binge.

A few conclusions can be made here. High-earning individuals may binge drink more as a group because they can afford to, or due to the stress of their well-paying yet demanding jobs. People working for low wages, on the other hand, may binge at a greater frequency to cope with the emotional pain of living in a society that has, in recent decades, turned its back on the underclass. Moreover, they may drink to excess on a weekly basis because they are unemployed and, like upper-crust ladies in England, have nothing better to do.

Rich or poor, millions of Americans are using alcohol as an escape. What roles do race and gender play?

Girls and Guys, Black and White

Generally speaking, more American men than women are considered regular drinkers (60.2% vs. 43.8%). Men are also twice as likely to binge drink. Men who binge down about nine drinks in a sitting, while women drink about six.

The gender disparity outlined above is a trend that has spanned our nation’s history. One new development, however, is the popularity of binge drinking among adolescent girls and young women. In the last decade, the rate of excessive drinking has decreased for teenage boys but stayed the same for girls. These findings are concerning because binge drinking puts women at a greater risk for heart disease, breast cancer, sexually transmitted diseases, and unintended pregnancy. Some blame the trend on “female-friendly alcohol-marketing strategies that emerged 10 years ago — including flavored vodkas, alcopops, Smirnoff Ice, Barcardi Silver and Mike’s Hard Lemonade.”

In regards to race and habitual drinking, white Americans top the list by a healthy margin (54.9%). Here’s where the rest of the country lies on the continuum, in descending order: American Indians or Alaska Natives, 44.1%; Native Hawaiian or other Pacific Islander, 42.4%; Hispanics, 42.1%; African Americans, 39.3%; Asians, 34.1%.

Notable is the fact the Asian population, the wealthiest of all racial groups based on median family income, has the smallest percentage of regular drinkers. The reasons for this are undoubtedly complex and could include factors such as religion, culture, level of educational attainment, and specific processes of immigration and assimilation.

Race and gender, along with class, interact in several fascinating ways. In low-income neighborhoods, black and Hispanic males drink more heavily than their counterparts living in high-income ZIP codes. There is a likely a correlation between this behavior and the elevated rates of unemployment and incarceration among black and Hispanic men. Furthermore, low-income black men and white women who drink are more likely, as compared with their wealthier cohorts, to get into fights, get arrested and have trouble at work.

Across racial groups, at least one in every three people drinks on a regular basis. Non-Hispanic white Americans, who comprise nearly two-thirds of the population, drink at the at the highest rate. Now lets take a look at how drinking breaks down by region.

East to West, North to South

Drinking habits around the country are divided fairly evenly along geographic borders. A 2010 study published by the International Journal of Environmental Research and Public Health organized the US map into “dry” (light and dark gray), “wet” (blue and light yellow), and “moderate” (orange and red) regions. Their results are presented below:

The wet, moderate and dry categorizations were based on a survey compiling per capita alcohol consumption. Two key factors in the survey included abstention, or the number of people who reported not drinking at all, and the percentage of participants who admitted to drinking more than five drinks in a single day in the previous month.

America’s heaviest drinkers tend to be located in the Midwest and New England, which could perhaps be explained by the extreme cold that inhabitants of these areas face in the winter months. The wet regions include 8 of the 10 least populous states. Two of these, the Dakota’s, lead the country in binge drinking, with approximately 30% of all adults admitting to at least one binge in the past month.

The most striking detail of the map is the extended “dry” region that covers the Bible Belt. Apparently, America’s most religious citizens are also its lightest drinkers. Considering many Baptists, Methodists, Protestants and evangelicals practice abstention, this is a plausible hypothesis.

The Impact of American Alcohol Abuse

The CDC estimates that each year in the United States there are 80,000 deaths attributable to excessive alcohol use. That does not include fatalities related to drunk driving, of which around 10,000 occur annually. The numbers and facts presented in this article cannot come close to telling the full story of alcohol in America. Drinking often brings Americans together, and it just as often tears them apart.