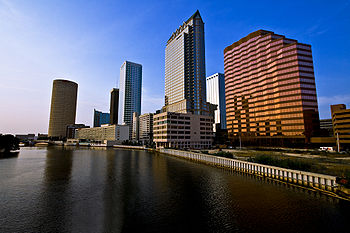 The city of Tampa, Florida is one riddled with culture and historical significance. It’s a city well known for its outdoor beauty having been ranked by Forbes in 2008 as being the 5th best outdoor city. It’s also a vibrant city boasting a youthful population with a lot of residents in their 20s.

While youthfulness in a city is good, it’s also good business for those involved in the buying and selling drugs. A youthful population is a great market for people selling drugs and a ticking time bomb for drug-related issues.

Drug Problems in the city

When you block the supply chain of one drug, you have to be prepared for the consequences. When Tampa finally cracked down on prescription drugs, it saw an increase in the use of heroin. A lot of addicts have been turning to heroin because it is the relatively cheaper and easier opiate to find on the streets. Sixty-eight people overdosed on heroin in 2013 alone. This figure was double what it was in 2012 and four times more than in 2011.

The number of emergency calls to poison call centers have been on the rise in Tampa thanks to a new drug called Spice. Spice is a synthetic drug, also known as synthetic marijuana. The drug is known for putting people into a trance-like state, making them unresponsive to questioning and making them a hazard to themselves and others. It’s sold for $20 – $25 per gram.

Stronger than spice and meth, the latest drug to hit Tampa, Flokka wreaks havoc in the city, leaving a trail of destruction in its wake. Violent crimes have increased in areas where groups of homeless people known to use Flokka live, reported by the Daily Mail. At less than $10 for a dose, it’s been nicknamed, “five dollar insanity”. The drug has been the cause of 40 known deaths in the city in 2015.