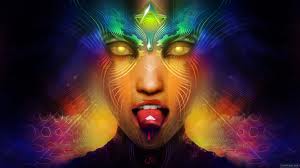 Drugs have been a part of human culture for centuries, with more scientific support for historic importance emerging yearly. Psychedelics in particular have been influential for some time, a theory supported by scientific discoveries in the past several years. Although society has many perceptions about psychedelic drugs, their use exists beyond the simple chase of a high.

Psychedelic drugs such as LSD have long had an image associated with their usage: hippies with long, flowing hair, talking about cosmic energy and listening to the Grateful Dead. And in many cases, this is true. LSD is a sought-after drug made illegal after its escape from the CIA’s deepest labs during the mid-60’s and often pursued by a counterculture individuals. But there’s more to the drug, and its users.

Swedish scientist and chemist, Albert Hofmann, synthesized LSD in 1938 while attempting to create and identify sources for an analeptic drug that didn’t adversely affect the uterus. The existing drug, nikethamide, was combined with derivatives of lysergic acid, and was at first set aside for 5 years, until it was picked up by Hoffman again in 1943. At that time, accidentally and unknowingly, Hofmann ingested a minor dose of the drug through his fingertips, experiencing the effects we now know as an LSD trip. After witnessing a sequence of images and intensified, modified perceptions of color, Hofmann ingested a higher dose days later and reported to feel great effects of spiritual connection, following an initial onset of panic.

Hofmann has been an outspoken advocate of LSD’s usage ever since, particularly in a clinical context. In a speech given on his 100th birthday, Hofmann states that in the context of the human condition he believes LSD to be, “a tool to turn us into what we are supposed to be.” He is a firm advocate of scientific studies and views the worldwide ban of LSD since the 1960’s to be a regretful direction, especially in the wake of past major studies that have focused on LSD’s positive and productive effects, and the severe lack of such studies since the drug’s prohibition.

Much like most drugs under the iron curtain of the global War on Drugs, LSD is still used today; however, the drug’s interesting history is much like ecstasy in that there is emerging evidence to suggest that LSD retains some strongly positive effects, up through the 1970’s. Studies have recently commenced, with one concluding in 2012 that demonstrated limited applications of LSD to be “extremely effective” at treating alcoholism.

Beyond all this history, however, is an interesting set of people, a hidden niche community of LSD usage: programmers.

Seemingly far removed from the artists and musicians people often associate with LSD, computer programmers on occasion use LSD in their work lives, an interesting case which might merit inspection in light of recent (clinical) revival of interest in LSD. Though not many reports exist documenting this phenomenon, Kevin Herbert is one of few who has come forward with a story about his own experiences involving acid and programming.

Herbert – now 42 – was one of the earliest programmers at Cisco Systems, a major pioneer in network infrastructure technologies still very important today. Several other notable industry voices spoke with Herbert about turning to LSD when in need of greater scientific inspiration, or when in need of a separate state of mind. Computer programmers report that they are able to focus far more clearly on large-scale systems problems, and scientists report an enhanced ability to think imaginatively.

Kary Mullis, Nobel Prize-winning discoverer of the PCR (polymerase chain reaction) technique of duplicating DNA, also confessed that his famous discovery was first shaped while under the influence. Steve Jobs cited his own usage of LSD as one of the most important defining aspects of his life.

These pockets of strange LSD usage exemplify what scientific and clinical research has begun anew to delve into: are these drugs truly dangerous, or is what makes them dangerous their distribution and ingestion outside of controlled, knowledgeable environments? Should LSD be illegal, or should it be allowed? From reports given between colleagues, it seems that LSD ingestion amongst programmers, at least, is typically in a very low dosage – under the amount required to induce hallucinations. Was this what the U.S. government had in mind when they made the move towards banning LSD in the 1960’s, turning down “optimistic evidence” in favor of LSD’s clinical applications and condemning a generation of often misdirected counterculture fanatics?

LSD is a dangerous drug, by all means; especially without supervision, it can cause flashbacks and unleash the brain in ways that can be quite horrifying. However, it’s interesting to examine the drug in an alternative light, to see its use by perhaps one of the last groups of people to come to mind when envisioning a psychedelic drug.