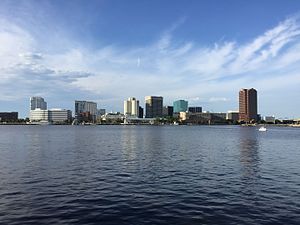 Norfolk is a city of 242,803 people, located in the Commonwealth area of Virginia. The city has for many decades been home to many military bases, including the world’s biggest navy base, the Naval Station Norfolk.

Despite its strong military presence, there is one problem that local authorities and the federal government are still battling to win against – the war against drugs.

In 2015, 115 people overdosed on heroin and prescription drugs in the first six months of the year. Norfolk Chief Medical Examiner Rosie Hobron predicts that there will be more than a thousand such deaths in 2016. She said, unfortunately, the number of people dying from these drugs is not plateauing and neither does it show signs of going down. It is worrisome she says.

The drug problems that are being faced by the residents of the city are not new, but are giving both public health specialists and law enforcement agents a run for their money because as Attorney General Mark Herring said, ‘It is as much a public health crisis as it is a law enforcement issue.’

Norfolk has one of the highest crime rates in the entire country. The crime rate is currently 45/1,000 residents. Put in a different way, the chances of a resident being attacked or falling prey to an attacker are one in 22.