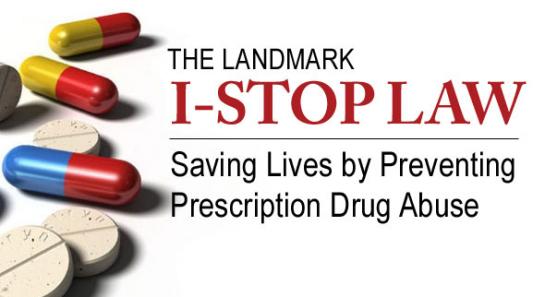 In 2012, New York State lawmakers approved a bill establishing a statewide prescription medication database. This project is called the Internet System for Tracking Over-Prescribing, or I-STOP for short. Although the database has stirred up much controversy, lawmakers hope it will help decrease prescription drug abuse.

The I-STOP bill mandates a rudimentary version of a prescription service in place within a year from the bill’s signing — a deadline of August 27, 2013. The service is currently functional and required, with full completion by the end of 2014. This means the service was put into practice before it was fully completed, a source of concern for doctors and pharmacists alike.

These bills have been created primarily in an effort to combat rising prescription pill (opioid) abuse within the state of New York. The main motivating drug is oxycodone. Prescriptions for oxycodone across the state rose 82 percent between 2007 and 2010, and doubled within New York City. In fact, New York City’s prescription rate is on average 1 in 8 residents. If you add hydrocodone, one third of Staten Island has a prescription.

These statistics are exactly what motivated lawmakers in New York to create the prescription database. Doctors and pharmacists alike have expressed serious concerns about the new laws, however.

One of the primary concerns with the I-STOP program is that it treats all patients alike, without regard for a physician’s relationship with the patient. This means a doctor prescribing a one-time pain medication to a patient just out of surgery has to go through the same procedure as they would for a 25-year patient requiring long-term care.

Russell Portenoy, chairman of pain management at Beth Israel Hospital, believes that the I-STOP bill will cause physicians to be overly wary of prescribing, sending patients to dedicated pain clinics instead. The I-STOP bill establishes rather severe punishments for illicit or unreported prescriptions – $500 for first-time violations, and up to thousands thereafter. Additionally, entering prescriptions into the current database takes anywhere from 3 to 10 minutes. Although physicians are allowed to dole out this responsibility to others within their practice, it is still additional time required over a simple prescription pad. Each of these issues makes sending a patient to a dedicated clinic more tempting, putting more strain on a burdened industry. Based on the severity of possible punishments, doctors might even refer one-time prescriptions to pain clinics — not their intended patients.

Furthermore, Portenoy is concerned about how the bill addresses the core issue at hand: patients receiving excessive medication. One such scenario is patients who “doctor shop” by rapidly getting prescriptions from multiple doctors in a short period of time. Requiring a prescription database at all steps of the process would theoretically thwart this, and also establish clear records for incriminating such traffickers. This would cut down on drug availability to all since these people can sell their excess drugs to others.

Portenoy points out that a critical problem with New York’s new law is that it is only for New York. It does nothing to combat doctor shoppers who cross the border into New Jersey, Pennsylvania, or any other surrounding state. Lawmakers have not attempted to make a regional system, they say.

These concerns boil down to implementation issues. Few doctors are opposed to the idea of a prescription database, but many more are concerned about New York’s approach. Many doctors wish more of the medical community had been engaged in the law’s creation.

Another major concern with the prescription database is its effect upon illegal, non prescribed drug usage. MSNBC reports that small towns cracking down on prescription opiate abuse often see major spikes in heroin abuse. Heroin is cheaper than oxycontin and produces similar effects — $15 rather than $70 in NYC on average. Concerningly, the variable quality of street drugs makes them more dangerous and likely to lead to overdoses.

Positives of the New York I-STOP

Though there are certainly some fair concerns of New York’s new prescription database, there are many positives, especially in comparison with other such systems like Florida’s Prescription Monitoring Program (PMP).

Overall, New York may be stepping in the right direction legally, but addressing the supply isn’t fixing what drives people to addiction in the first place.