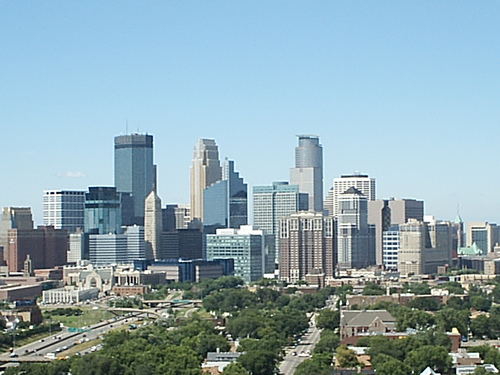 Minneapolis is rightfully nicknamed the City of Lakes. The city boasts twenty lakes and several wetlands and is a playground for the rich and famous, being home to several Fortune 500 companies. With that said, in 2016 the city had 407,207 residents making it the 14th largest metropolitan area in America.

2014 saw Minneapolis hit a record high 14.6% admission rate for heroin addiction treatment. What makes this statistic more disturbing is the fact that 37.5% of the people coming in for treatment were young adults in the 18 – 25 age range. Heroin use is catching up to marijuana abuse, as evidenced by the almost equal admission rates in 2014 where 3,208 people checked in for heroin addiction and 3,246 for marijuana. This rate is up from 3.3% in 2000.

Before Opiates were Prescription Drugs

Rehab centers where many young people addicted to heroin were admitted reported that before getting started on opiates, these young people were abusing prescription drugs. Prescription drug abuse led to experimenting with heroin. Of the 3,208 people admitted to heroin treatment in 2014, 63.8% were male. The preferred route of drug administration among these addicts was injection, claiming a 62.5% use.

1,918 people were admitted to drug treatment problems for prescription opioids and opium addiction in 2014. Half of these people were female, and a quarter of them (24.8%) were below the age of 26. Most people, around 67.3%, favored taking prescription opiates orally.

Crack cocaine, the rock form of cocaine, accounted for 73.5% of all cocaine-related treatment admissions in 2014. In those admissions, 34.7% were women and the rest were men aged 35 years and over. Cocaine-related deaths have been slowly but steadily decreasing over the last few years, from 28 in 2013 to 12 in 2014.

Marijuana related admissions are on the decline according to the following statistics released by the Drug and Alcohol Abuse Normative Evaluation System, Minnesota Department of Human Services. In 2012, 16.3% of all drug admissions were associated with marijuana. In 2013, the rate had gone down marginally to 15.5% and by 2014 the rate was even lower at 14.8%. A quarter of these admissions were teenagers less than 18 years. 37.3% were young adults aged 18-25, with 23% of these young adults being women.

If a person wants to purchase medical marijuana legally from dispensaries across Minneapolis, he or she will have to get a doctor’s prescription stating that he or she does in fact qualify to buy medical marijuana. A law passed in 2014, in the state of Minnesota dictates that before anyone can purchase the drug, he or she needs to be enrolled in a patient registry kept by the State.

By far the drug that dominates when it comes to most abused drug in Minneapolis is alcohol. When people mention drugs, they think of pot, crack and meth first. Alcohol isn’t classified by most people as a drug, and yet it is the most potent drug claiming the largest percentage of people being admitted for addiction treatment programs. The rate for those going in because of alcohol is just short of half, at 43.1%.

Where do these drugs come from?

South America and Mexico combined were the two chief sources of heroin in Minneapolis in 2014. Drugs were distributed through the drug cartels and gangs in the area. Relative prices for Mexican heroin were $10 – $20 for one dose, or $100 – $200 for one gram, depending on who was selling, the grade, purity and quality of the drug. For bigger quantities, an ounce was being sold from $1,600 to $2,400.