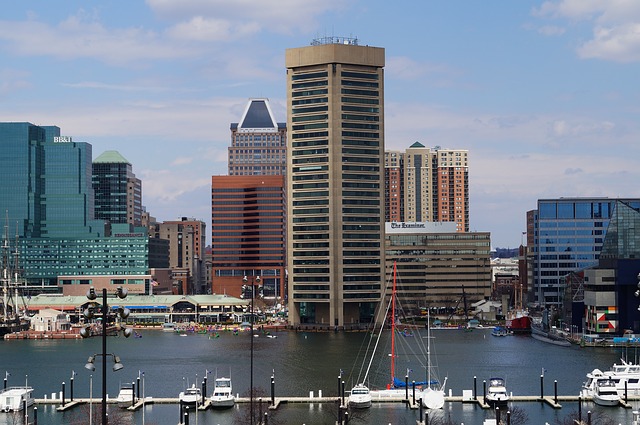 Maryland is an interesting state to consider on the subject of illegal drug use. Maryland lies right in between New York City and Washington D.C, so much of the drugs that are destined for either of those two locations often go through Maryland first. In addition, Maryland is essentially bisected by Interstate 95. Much crime can result in Maryland since drugs, weapons, and other illegal materials can be sent down this interstate. In addition, Maryland also has the extremely large urban center of Baltimore to consider, and the outlying areas of Washington D.C are in the southern part of the state. A lot of the drug trade in Maryland can also come in via the coast line, with most of the drugs that come in via the coast being heroin. As a result, Baltimore has some of the highest use of heroin in the entire country.

Cocaine addiction throughout Maryland is a major drug problem. Cocaine is one of the drugs that law enforcement in Washington D.C and Baltimore have to deal with the most, and many police and other law enforcement officers claim that cocaine is the biggest drug problem in the state. As a result of the higher levels of cocaine in the Baltimore and Washington D.C areas, there are also high levels of violence and homicides in these areas as well.

Heroin is notable in the state of Maryland, as Baltimore has some of the highest use of heroin in the entire country. Unfortunately, the use of heroin throughout Baltimore is becoming an even bigger problem. Baltimore has the most crime caused by heroin or related to heroin than any other city in the country. Slowly, this use of heroin in Baltimore is spreading to other areas of the city, such as the suburban areas, and may soon even spread into the rural areas as well. The demand for heroin in Baltimore is also increasing, since young adults and teens are asking for it in huge quantities. Many young adults and teens who live in the more rural areas of Maryland will drive into Baltimore just to acquire the heroin, and to sell it to other people as well.

In comparison to other states, meth is not as prominent in Maryland. It is not in very much demand in Maryland, and as a result is not as available either. Much of this is due to an increased drug enforcement crackdown on meth. This has led to an overall decreased used of meth in Maryland and Baltimore. The only people who really use meth in Baltimore are young adults, who will drive into Baltimore in order to get it.

A much worse problem than meth in Baltimore are club drugs. These drugs are most commonly used and abused in nightclubs. The most popular club drugs are MDMA, GHB, and Ketamine. However, MDMA is typically the most used out of these choices. Many young people who go to nightclubs in Baltimore become addicted to MDMA, which is much more popular in the urban areas of the state than the rural areas.

Marijuana is perhaps the most widely-used drug in Maryland. It is very easy to obtain everywhere throughout the state, in both rural and urban areas. There are also marijuana cultivation grounds in Maryland as well, most of it being along the coastline and western Maryland, just outside of the D.C suburbs. A lot of the marijuana cultivation blends in with the farmland in rural Maryland, which helps protect the cultivators from drug enforcement.

Maryland has a DEA Drug Enforcement Team, that was put together in 1995 as a direct response to the near overwhelming issue of crimes and homicides that were a direct result of drugs. Most of the DEA deployments in Maryland occur in the Baltimore and Washington D.C suburb areas, where the drugs are the most common. The program also helps to fight drug organizations that have networked together throughout the United States. Recently, these organizations have begun transporting their drugs in less traditional areas where the drug enforcement teams would typically not think to look. This has caused the drug enforcement teams to begin expanding their operations beyond Baltimore in order to find these drug organizations and networks outside of the more traditional urban areas for drugs. This has resulted in thousands of arrests since 1995.