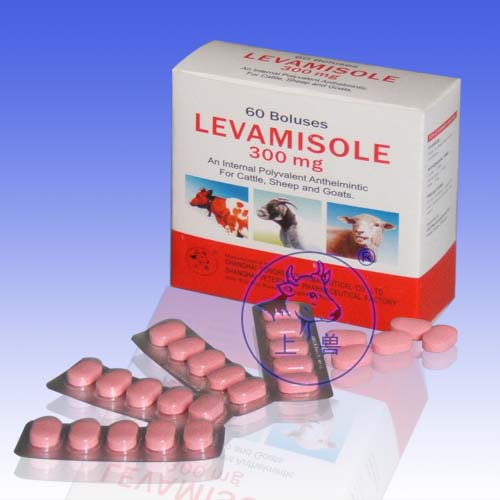 A frightening new cutting agent is springing up nationwide, making its way into batches of cocaine and causing the drug to be even more dangerous to consume. Normally used to deworm cows, the chemical Levamisole is one to be avoided.

Cocaine is considered by many to be one of the most dangerous recreational drugs; however, it also has the reputation of being the most "glamorous." Its popularity exploded during the 1980s after the drug found its way into the club and party culture of the United States and has since made some very ruthless people very wealthy. Thousands have been murdered either at the hands of drug king pins or by abuse and irresponsible use of the drug. However, there is a new problem that is increasingly becoming more severe: dangerous cutting agents. Cocaine is usually mixed with another substance in order to increase profits, and, as long as it looks similar users may never know. Common substances of the past have been anything from laxatives to creatine and even local anesthetics such as benzocaine or lidocaine. However a new and more dangerous cutting agent is springing up nation wide: levamisole.

Levamisole is a chemical that is normally used to deworm cows and in humans can cause several different responses. Though not much research on the drug's effects on humans has been done a study was conducted in which it was used to end a chronic lice problem in girls who lived in crowded, unhygienic conditions. Though it killed the lice there was no data on how the girls responded to the drug. However another potential side effect could be agranulocytosis, a frustratingly vague condition with effects ranging from skin lesions to a crash in the person's immune system. And cases of agranulocytosis have been appearing nationwide in cocaine users at almost the same rate that levamisole has been appearing in seized cocaine. To put it into perspective in 2005 levamisole was found in less than two percent of seized cocaine and in 2009 it was found in 73.2 percent of all seized cocaine in the United States.

This cutting agent is also different for one other key reason, it is being cut into cocaine before it enters the United States. This is odd for a few reasons but namely because it adds weight, which increases the likelihood of getting caught crossing the border. The other is that it is expensive. Since the disbandment of the major cocaine cartels, cocaine is manufactured by smaller, "mom and pop" operations and all of them appear to be cutting the drug with levamisole. It is a problem that is confusing DEA agents and drug experts worldwide however there is some evidence that it heightens or increases the perceived effects of cocaine as well as increasing the risks. A field testing kit has been developed and was given out at needle exchanges for awhile, unfortunately, under Washington state law it is considered drug paraphenailia.

So as the debate of what to do about levimasole rages on one thing remains clear, the only way to completely avoid the adverse effects of cocaine is to not use it. We at AllTreatment.com do not condone the use of cocaine and if you or you know someone who has a problem with it please seek professional, medical advice.