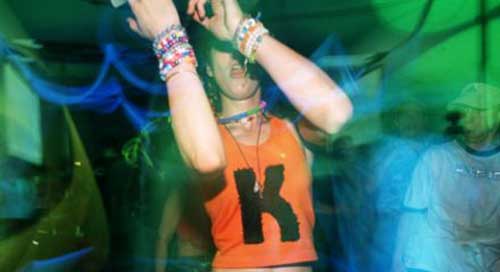 Ketamine is a psychedelic drug that became popular in the '60s. While not physically addictive, this recreational substance can cause psychological dependence.

Originally developed by Parke-Davis (Pfizer) in 1962, ketamine was used for humans and animals as an anesthetic. Due to the fact that ketamine suppresses breathing much less than most other available anesthetics, it is widely used for induction and maintenance of general anaesthesia, in combination with some sedative drug. Ketamine become a popular psychedelic drugs in 1969. it was used in in psychiatric research along with isolation tanks. However, with the increase of recreational ketamine use due its hallucinatory properties, ketamine has become a popular substance of abuse within many nightclub sub-cultures in various countries.

How is Ketamine Used?

As a recreational drug, ketamine is odorless and tasteless, and can be injected, snorted, swallowed, or smoked depending on whether the substance is in the form of a powder or an injectable liquid. Depending on the dose, and method of administration, the psychological effects of ketamine range from impaired attention, learning ability, and memory, to lack of coordination and intense hallucinations. A small dose (10-25% of the therapeutic dose required to induce anesthesia) of ketamine behaves more like a stimulant than a sedative. A large dose of ketamine may cause a user to experience the so-called "K-hole", a feeling of complete sensory detachment likened to a near-death experience.

While ketamine is not physically addictive, it can produce heavy psychological dependence, like cocaine, due to the fact that it can produce intensive psychedelic effects. In addition, extensive studies on ketamine, including those published in British Medical Journal have suggested that prolonged ketamine abuse may cause memory loss, damage to other brain functions, as well as kidney and bladder damage. There have been reports stating that ketamine has also been used as a "date rape" drug due to the fact that it is odorless, colorless, and can be effectively mixed with other drinks without the risk of detection.

Ketamine abuse is currently a major health issue in East Asia, and many European countries including Germany and England. On U.S. soil, however, according the Drug Abuse Warning Network, the numbers of visits to the emergency department related to ketamine use has decreased drastically since 1998. The DAWN statistics published in mid-2005 reflected data from the last two quarters of 2003, in which the number of recorded ketamine abuses was shown to be gradually dropping. This decrease may be due to the arrest of the main ketamine supplier (based in Mexico) who accounted for roughly 80% of U.S. ketamine supply.

While ketamine abuse has not been a significant part of the rave/nightclub scene in North America, it has been a significant problem when it comes to substance abuse in Asia and Europe. Given dangers and heath risks that the drug potentially poses, it is suggested that users should take caution in consuming ketamine for recreational purposes. Long term ketamine users who feel that they have a dependence problem with ketamine should seek professional help as soon as possible–the psychological addiction can be devastating to both the individuals and family members.