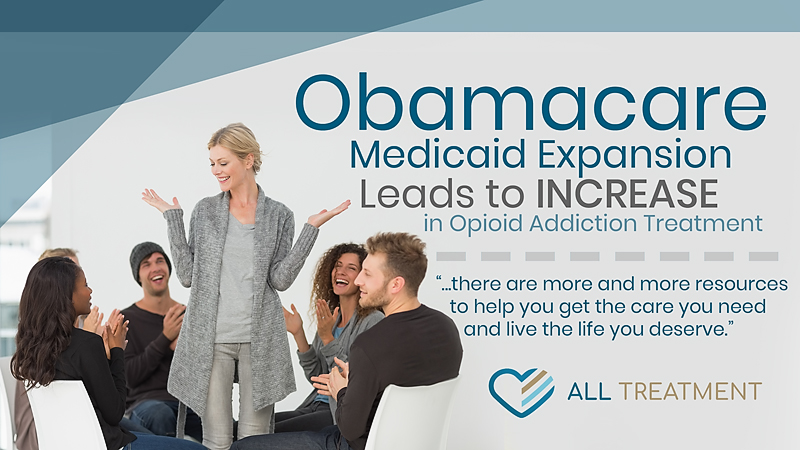 A new study reveals that expansions to Medicaid made through the Patient Protection and Affordable Care Act (ACA)—also known as Obamacare—have significantly increased access to opioid addiction treatment for low-income patients. The data suggests that more people are being diagnosed and treated with medications thanks to provisions outlined in the ACA.

During its rollout, one of the few universally celebrated intentions of Obamacare was to make treatment for substance use disorder (SUD) and mental illness more affordable and accessible. In the year the law was passed, the United States had already started seeing rampant yearly upticks in a fatal overdose, with approximately forty thousand recorded in 2010, according to data from the National Institute on Drug Abuse (NIDA). That number has almost doubled in the past seven years, with the Centers for Disease Control and Prevention (CDC) reporting more than seventy thousand in 2017.

Getting to Work: How Obamacare Created Access to Opioid Treatment

One of the ways Obamacare sought to increase access to substance abuse care was to make these services an Essential Health Benefit, which meant that any insurance company that wanted to participate in the marketplace had to cover these services on some level. The other way more pertinent to the study was the expansion of Medicaid funds to participating states to help them fight addiction and other public health issues in lower-income communities.
The study found that overall prescription use per enrollee was higher after 2014. Relative growth in opioid pain-reliever prescriptions was modest compared with growth in medications for depression, hypertension, diabetes, and high cholesterol. Growth in prescriptions used to treat opioid use disorder (OUD) greatly outpaced other drugs, suggesting important gains in access to addiction treatments; growth was higher in states with higher per-2014 overdose death rates.

What Types of Addiction Treatment Did Obamacare Increase?

One of the primary avenues for treatment that Obamacare-facilitated medication created was more access to medication-assisted treatment (MAT). MAT is the use of certain FDA-approved drugs to treat long-term opioid cravings and withdrawal symptoms. To date, these drugs include buprenorphine (Suboxone), naltrexone (Vivitrol), and methadone—drugs that should only be taken under the close supervision of a physician when patients are deemed eligible by a physician or treatment provider.

These drugs are also not meant to replace or supplant any other element of treatment such as counseling, group therapy, or occupational therapy. The expansion of Medicaid dollars to participating states significantly increased access to these life-saving drugs for a population that was often priced out of the process because they didn’t have health insurance or other resources.

A Clear Path from Medicaid Enrollment to Opioid Addiction Treatment

In a recent piece for Reuters that discussed the study’s findings and evolution in depth, lead study author Brendan Saloner of the Johns Hopkins Bloomberg School of Public Health discussed how Medicaid enrollment makes it easier to for patients to make and keep doctors’ appointments, gain access to medications, have proper guidance and use of said medications, and live a more informed life regarding treatment and recovery.

The study focused on West Virginia, a state that perfectly exemplifies the scope of the opioid addiction crisis as well as income-driven roadblocks to treatment. People diagnosed with OUD who filled prescriptions for buprenorphine climbed from about one-third to three-fourths. Over this period, average treatment duration also rose from 161 to 185 days. Buprenorphine has been an increasingly preferred alternative to methadone, which has more restrictions and higher potential for diversion and abuse.

Work Left to Be Done

While the findings of the study are encouraging, there are still considerable roadblocks to drug and alcohol addiction treatment for those who need it. To make matters even more precarious, the future of Obamacare seems to be consistently in question amid partisan politics. Just last month, the Trump Administration was actively exploring ways to do away with the law through the federal court system. As it stands, less than 20 percent of the population of Americans who need treatment for SUD actually receive it. Stakeholders are hoping that incremental expansions and more allocation resources will bring this number up in the coming years.

What This Means for You

If you or someone you care about is struggling to find affordable care for OUD, Medicaid may be able to help you pay for all or part of the care process. Don’t let money or other logistics stop you from getting the help you need for your drug use; there are more and more resources to help you get the care you need and live the life you deserve. Start browsing our database of Medicaid opioid treatment centers in your area to see which option works best for you.