How to Quit Snorting Ritalin 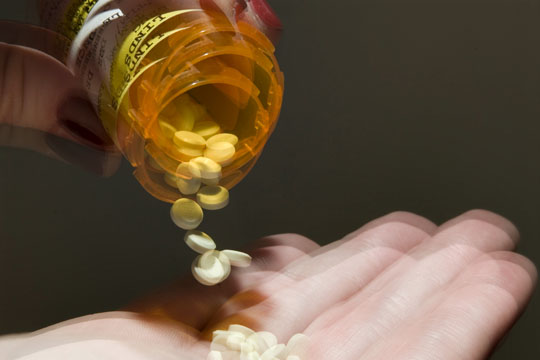 This article discusses how to quit snorting ritalin. It details reasons to quit, what to expect, and an in-depth discussion of a couple different ways to quit Ritalin abuse.

Ritalin is a prescription medication usually used to treat ADHD or narcolepsy. When used recreationally, its effects are compared to those of cocaine. Ritalin is a psycho-stimulator coming from a class of drugs called amphetamines (closely related to meth). If not properly administered and medicated, Ritalin has the potential to lead to dependency and addiction.  Because it is used for ADHD, Ritalin is commonly prescribed to children.  This has been a very controversial topic, due to recent evidence suggesting that children exposed to stimulants are twice as likely to become addicted to cocaine later in life. A survey done in 1998 found that 6.8% of ninth graders had abused Ritalin at one point. In addition, a survey of students in Wisconsin and Minnesota found that 34% of kids diagnosed with ADHD had been approached to sell their Ritalin or Adderall.

When taken in pill form the dose is absorbed slowly and euphoria does not often occur.  However, when a person crushes and snorts or injects Ritalin, the effects are much more drastic and immediate. Depending on the individual, Ritalin can be as powerful as cocaine. Similarly, someone who abuses Ritalin can come to depend on the high it produces. In addition, consuming alcohol with the substance can lead to amplified effects.

Ritalin abuse, as with other forms of substance abuse, can have a highly negative effect on an individual and their family.  Some common symptoms associated with Ritalin abuse are:

While overdosing is uncommon, it can occur more easily when Ritalin is snorted.  It's also very important to be able to identify a Ritalin overdose when it happens.  A Ritalin overdose is characterized by:

Depending on the individual, Ritalin can be as powerful as cocaine.

How to quit snorting Ritalin? Quitting can be extremely difficult and we recommend contacting a rehab center for more information or treatment.  However, if for some reason this doesn't appeal to you, here are a couple different commonly used methods to quit Ritalin.

The cold turkey method involves the user completely stopping Ritalin use.  This can be especially traumatic for the person because they will experience the most extreme withdrawal symptoms. In this case it is best to avoid getting into situations where the person will be tempted to take Ritalin. This method can be very difficult, but if completed successfully the person will be off Ritalin completely and immediately.

The tier method involves slowly decreasing the amount and frequency of Ritalin consumption until the user is effectively "weaned off".  Compared with the cold turkey method, the withdrawal symptoms will be milder. As with cold turkey, the person should be kept away from situations where they will be tempted to take more than the planned amount of Ritalin.

One way to begin, is to cut the dosage to 1/2. If this change is too dramatic and the withdrawal symptoms are too extreme, start with 3/4ths. Next try cutting the frequency of use down by 50%. Continue repeating this process until the user is no longer taking the substance.

Quitting Ritalin can be a very smart decision for one's health and well-being.  While we recommend visiting an addiction rehab center, we also realize this is not practical for everyone suffering from snorting ritalin.  We encourage users to try the cold turkey or tier methods of quitting Ritalin if visiting a rehab center is not possible.