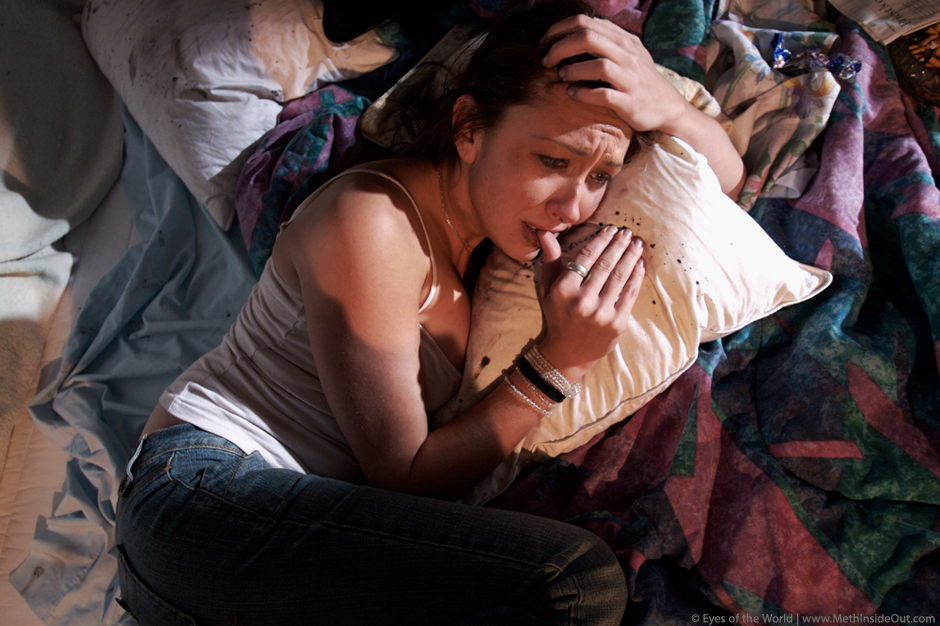 When an individual using methamphetamine (more popularly known as meth or crystal meth) decides to quit, the journey before them can appear excruciating. This article details reasons to quit, what to expect, and an in-depth discussion of some ways to quit meth. Breaking the cycle of addiction is possible.

Meth is a stimulant drug that increases your heart rate, makes you feel alert, and floods your mind with a pleasurable sensation known as euphoria. Meth can also increase concentration and physical endurance, making it seductive to students and athletes alike. These physical effects are due to the excess dopamine that floods the brain when meth is consumed. Tolerance can develop quickly for users, meaning that people who abuse meth will need to rapidly increase their dosage to achieve the same effect.

Meth can be administered in several different ways. It can be orally ingested, but this method is rarely used since it produces effects slowly. Addicts often inject, smoke, or snort meth because the effects are much more immediate and intense. Injection is the most popular method for use because of its intense rush, which occurs only 2-3 minutes after injection.

Meth abuse has extremely unpleasant health reprecussions. One issue, commonly referred to as meth mouth, is when meth users and addicts lose their teeth abnormally quickly. While the drug itself is not corrosive, the American Dental Association explains that meth use can result in "dry mouth, extended periods of poor oral hygiene, frequent consumption of high-calorie, carbonated beverages and bruxism (teeth grinding and clenching)," all of which lead to tooth decay.

Another effect of meth is an increased likelihood of participating in unsafe sexual activities. A study conducted in San Diego found that meth users were six times less likely to use condoms. Unprotected sex can lead to the transmission of sexually transmitted diseases.

Injecting meth has many other health risks, such as the transmission of diseases like HIV or hepatitis. In addition, half of newborn babies whose mothers used meth during pregnancy experienced meth withdrawal symptoms.

Meth abuse, like other forms of substance abuse, can have a very negative effect on an individual and his or her family. Because meth is so addictive, people who attempt to quit meth can experience very intense withdrawal symptoms. Some common symptoms associated with withdrawal are:

Quitting meth on your own is extremely difficult and we recommend that all meth users go to a local rehab center. The success rate for breaking addiction is dramatically higher if the meth user checks into a rehab facility. However, there are two common methods of quitting that do not involve rehab.

The success rate for breaking addiction is dramatically higher if the meth user checks into a rehab facility.

The cold turkey method involves the meth user quitting the drug all at once. This is the most difficult for the user and they will likely undergo the most extreme withdrawal symptoms. In this case, it is best to avoid any situations where temptations to use meth will exist. While the user is withdrawing from the drug, he or she may have difficulty acting normally or rationally. The cold turkey method can be very difficult, but if completed successfully, the addict will be off meth completely and immediately.

The tier method involves slowly decreasing the amount and frequency of meth use until the user is clean. Compared with the cold turkey method, the withdrawal symptoms will be milder and perhaps more bearable for the abuser. However, this process can take longer. Similar to the cold turkey method, the person should be kept away from situations where they will be tempted to take more than the planned amount of meth.

One way to begin is to cut the amount of meth you typically use in one sitting in half. If this change is too dramatic and the withdrawal symptoms are too extreme, start with 3/4ths. Next, try cutting the frequency of use down by 50%. Continue repeating this process until you no longer need to use meth.

Quitting meth is an intelligent and necessary decision to break the addiction cycle and live life to its fullest. For meth users or those who know someone with a meth addiction problem, we recommend visiting an addiction rehab center. If this is not possible, consider trying the cold turkey or tier method.