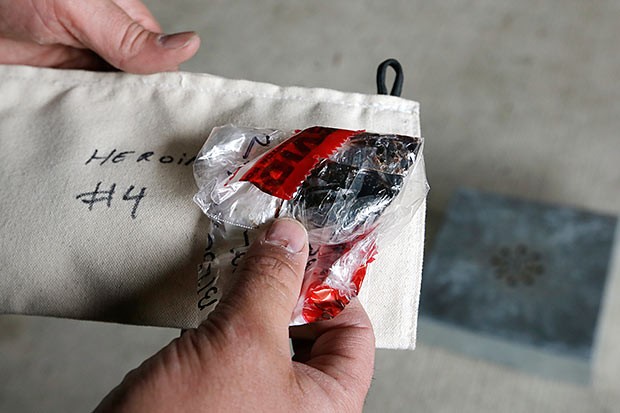 In Washington state, opiate-related deaths have nearly doubled in the past decade. King County is home to a growing demographic of young opiate abusers who are under the age of 30, and according to researchers at the University of Washington Alcohol and Drug Abuse Institute, this trend indicates that it could spread to all corners of the country.

Heroin Use in the Evergreen State

The growing heroin fad in Washington is likely attributed to the tough laws on prescribing opiate-based pain medication. Due to the addictive properties of these medicines, patients must visit pain management specialists and also take mandatory drug tests to ensure that the medication isn’t being abused. With Washington as one of the first states to tighten these restrictions, trends show that people are moving on from pain medication to heroin to get their fix.

There isn’t a sure-fire way to accumulate data on heroin use; researchers use indicator data instead. The closest to real time data comes from police evidence that is then processed in a crime lab. This isn’t the only way that the scientists gather their information. Within the parameters of understanding the trends of heroin use, treatment data and deaths are what the ADAI use to evaluate and substantiate their findings.

Heroin data, as reported by KCTS9.

Within the past ten years, the State Crime Lab has seen and tested fewer pieces of drug-related evidence. The only exception to this decline would be heroin and prescription opiates, such as Hydrocodone and Oxycodone. Pills of this kind reached the peak of their abuse in 2009, recently surpassed by heroin in terms of use.

According to detailed research provided by the ADAI, in 2012, there were roughly 800 people who attended substance abuse treatment for primarily heroin use as compared to around 150 attendees in 2003. There were 309 opioid related deaths in King County between 2000-2002, and the death toll has reached 467 between 2009-2011.

According to the Washington Statutes Mandate for Opiate Therapy Guidelines, health professionals with the authority to prescribe opiate therapy may only do so for patients with: acute pain, chronic pain that is associated with terminal illnesses such as cancer, or other forms of chronic and intractable pain conditions. Practitioners should not fear any reparations as long as they are prescribing these highly addictive medications properly.

For acute pain, opioids may be prescribed after someone undergoes surgery or if they are suffering from trauma wounds such as burns. The goal of this form of treatment is to give patients an opportunity to manage their pain while they recover. Some complications may arise due to the side effects of the medication. If the patient has any history with addiction, this should be noted and the physician should heavily monitor the patient’s use of the prescription.

Cancer and the chronic pain that comes along with the disease may be treated with opiate-based medicine as well. The drug will be administered on a continuous schedule as to keep the person comfortable. Rates of addiction are low in cancer patients as they are less likely to become physically dependent on the drug. The drug unfortunately doesn’t alleviate the entirety of the pain that comes with the affliction.

Opiates are also used for various chronic pain conditions. They can be effective for people who aren’t able to remove the source of their suffering and have been unable to treat the condition with other prescriptions. Physicians will usually prescribe opioids for a trial period to see how the patient will handle the medication. If someone has a chronic pain condition, this may not be their first time taking opiates.

Over the course of the past two years, heroin has become the number one drug issue in Grant County. This narcotic doesn’t discriminate: people from all walks of life have been destroyed by this drug by either taking it themselves, or watching someone they love dissipate. “We’ve seen people that have had great jobs in the community be completely destroyed by it,” said an anonymous INET detective to the Seattle Times.

“We’ve seen people that have had great jobs in the community be completely destroyed by it." -Anonymous INET detective

In March of 2013, the DEA, along with assistance from fellow law enforcement agents, busted a drug-trafficking operation that was transporting methamphetamine and heroin to Washington from Mexico. The whole operation was said to contain 4 million doses of the drug. This bust potentially saved the lives of hundreds of people, at least until the next shipment comes in. The DEA agents say that when addicts could no longer get their hands on opiate based prescription, they graduated to heroin in an attempt to fuel their addiction.

Pharmaceutical companies have even gone as far as changing the chemical makeup of opiate drugs so that they could no longer be crushed up and smoked. The local police have arrested multiple individuals with charges of petty theft in an effort to make quick money to get more heroin. If someone is heavily addicted to the narcotic, they may use up to four grams in one day, and one gram could sell for as much as $350. If someone is heavily addicted, it is possible that they're spending over $1,000 a day on drugs.

While rates of heroin use and related deaths are on the rise, virtually every other drug is on the decline in Washington. Local law enforcement agents alongside with the DEA are on the hunt to bring down drug trafficking. The Washington community can lend their support and educate themselves and others about the dangers associated with heroin.