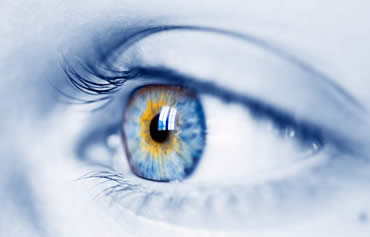 Eye Movement Desensitization and Reprocessing (EMDR) is a non-traditional type of psychotherapy that has gained increasing attention in recent years as a means of treating mental disorders such as Post-Traumatic Stress Disorder (PTSD). The goal of EMDR therapy is to process these distressing memories, reducing their lingering effects and help clients to develop more adaptive coping mechanisms.

EMDR is accomplished with an eight phase procedure that includes having clients recall distressing images while receiving one of several types of bilateral sensory input, such as side-to-side eye movements. In the process the distressing memories lose their intensity, so that the memories are less distressing and seem more like 'ordinary' memories. EMDR focuses on past experiences that have set the groundwork for pathology, the current situations that trigger dysfunctional emotions, beliefs and sensations, and the positive experience needed to enhance future mental health.

“Many times we are hopeful that the bad feelings or outcomes will improve, however, our behaviors and beliefs have not changed. We end up doing the same things until the repetition of poor outcomes saturates us and we reach out for help,” says Rancho Cucamonga counselor Rachel Estrada.

The goal of EMDR therapy is to process completely the experiences that are causing problems, and to include new ones that are needed for full health.

California counselor Linda Laffey has been practicing EMDR in her practices since 2004. “My experience has been that there are certain types of emotional pain that are not readily responsive to talk therapy alone. In these cases, talking about the memories that brought on the pain can help increase awareness and understanding, but talking about them is not likely to change the intensity of the pain.”

EMDR was discovered by Psychologist Dr. Francine Shapiro in 1987. Dr. Shapiro was suffering from negative distressing memories that were causing her negative emotions. She claims that while walking in the park one day, she realized that moving her eyes while thinking about the threatening experiences helped her decrease the negative symptoms associated with the stressful event. She further investigated this discovery, initially deemed Eye Movement Desensitization (EMD), and how it could apply to PTSD. After several studies on the findings affect on PTSD, she changed the name from EMD to Eye Movement Desensitization and Reprocessing in 1991.

More than 20 controlled clinical trials of EMDR have now been completed and reported in order to attest to its value and demonstrate its usefulness for post-traumatic stress disorders.

California counselor Francis Macrae stands strongly behind the treatment. “Clinical trials have been conducted to assess EMDR's efficacy in the treatment of PTSD. In some studies it has been shown to be equivalent to cognitive behavioral therapy and more effective than other treatments.”

Thousands of other practitioners have been trained to use EMDR since Dr. Shapiro developed the technique, and have applied the defining protocols of this psychotherapy to many other conditions such as personality disorders, eating disorders, panic attacks, stress reduction, dissociative disorders, disturbing memories, addictions, phobias, sexual and/or physical abuse and body dysmorphic disorders.

Carlsbad counselor Vicki Grove, for example, speaks of how “because traumatic memories are at the heart of so many disorders, I am able to use EMDR to treat PTSD, depression, anxiety, grief, substance abuse, eating disorders, and some personality disorders.”

Specifically, EMDR has recently been used more and more in tangent with substance abuse and addiction.

Berkeley counselor Ken Takahashi has found success at his practice targeting addiction with EMDR. “I worked on a client who used Speed because he became over anxious and over stressed due to the triggers of his childhood trauma. It took 10 sessions to reduce the intensity of his childhood trauma. He has become calm and does not get triggered by the similar triggers in his life anymore.”

In 2001, Clinical Psychologist Dr. Robert Miller began developing a new short-term therapy, based off EMDR, intended to break behavioral addictions and eliminate the urges of substance addiction called the Feeling-State Addiction Protocol (FSAP). This theory hypothesizes that addictions are caused when a desired positive feeling and behavior become fixated together. Afterwards, whenever the person wants to feel that positive feeling, that particular behavior is triggered.

EMDR has been recognized as effective by numerous organizations, including the American Psychiatric Association and the Department of Defense, but controversy exists as to how it works. Critics of EMDR argue that the eye movements do not play a central role, that the mechanisms of eye movements are speculative, and that the theory leading to the practice is not falsifiable and therefore not amenable to scientific inquiry. Despite the treatment procedures being quite different between EMDR and traditional exposure therapy, some authors continue to argue that the main effective component in EMDR is exposure. EMDR therapy is relatively new, developed in 1987, and the scientific community continues to examine its long-term results. As research on EMDR continues, it is most important to ask if it is more effective than no treatment and if it is more or equally as effective as other common treatments.