Getting a DUI in California 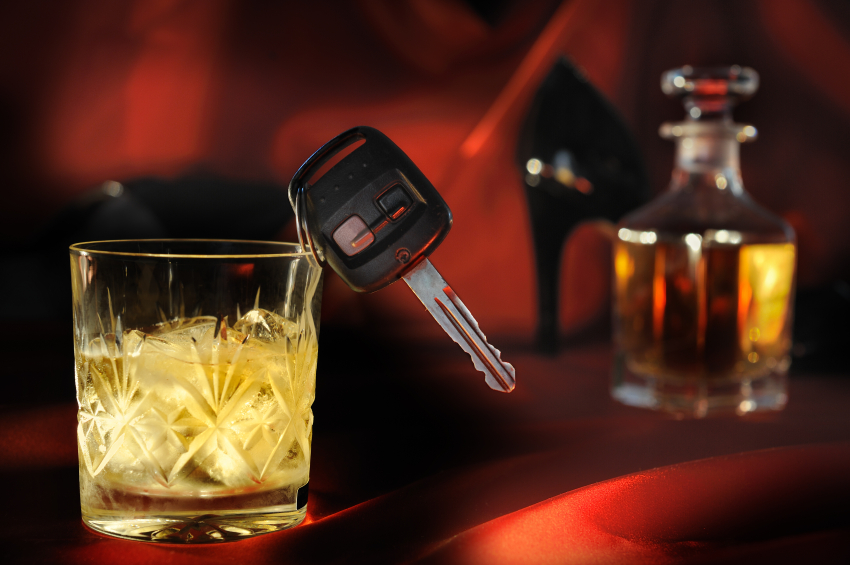 In California, a DUI is an extreme offense and prosecuted to the fullest extent. The goal of such harsh punishment is to deter people from making a dangerous choice. To simply refrain from driving after drinking is obviously the best way to prevent a DUI, but a few drinks (as well as a lack of means to get home) can make it easy to convince yourself otherwise. Before getting behind the wheel after some time at the bar, keep in mind the penalties, the procedure, and options that a DUI may entail.

Seeing the red and blue flashing lights in the rearview mirror is the last thing people want after having a bit too much to drink. Particularly in California, driving while intoxicated is a very serious matter, and law enforcement will pull out all the stops to make sure that they get a drunk driver off of the road. A charge and a conviction of this nature will require critical life adjustments as a revoked license can result in an inability to commute and a subsequent loss of employment. Additionally, finding potential jobs may prove difficult if the employer takes a gander at driving records.

California sets a Blood Alcohol Content (BAC) limit of .08% for a person 21 years of age and older. Any higher may be accompanied by a DUI and a couple of nights in jail. Someone under the drinking age is subjected to stricter guidelines; a BAC of .01% will constitute a DUI for someone under 21. Other penalties for drunk drivers can include:

According to California law, officers can require drivers to take a blood or a breath test to analyze their BAC if they are arrested for a DUI. The driver may refuse to have their BAC screened by a chemical test, but this usually results in a fine of up to $125 as well as a suspension of their driver’s license. If the driver refuses to take the test on their first offense, it will equate to a one year suspension. The second offense results in a suspension of two years. For the third, three years of no driving awaits.

A first-time DUI offense in California state will also be accompanied by a mandatory attendance at a “DUI school.” These programs vary in length and content, and enrollment is based on how many offenses the driver has committed. A 30 hour class, also known as AB541, educates people about the risks of drinking and driving. Attendance at two meetings per week for up to four months is usually required. The curriculum is instilled through group discussion, lectures, and videos. Deciding to not attend or enroll in the course can be viewed as a violation of probation and may result in a subsequent arrest. Depending on the conviction, different programs are offered for each DUI school.

“Wet Reckless” charges usually refer to drivers with blood alcohol content tested at or below the legal limit of .08. An individual with a charge of this nature is required to complete a 12-hour class on the dangers of alcohol.

Refusal of a chemical test after a person’s first DUI results in harsher consequences, including more jail time.

This class is for an individual with a first-time DUI conviction who either had their BAC measured at 0.20 or higher, or if they refused to submit to a chemical test upon their initial arrest.

For a person with second-time or multiple DUI charges, an 18-month program, also known as SB38, is required. The program is broken up by 52 hours of group therapy, 12 hours of education about drugs and alcohol, 6 hours of community reentry surveillance, and interviews twice a week during the first twelve months of the program.

For people who have three or more DUI charges, they are offered and sometimes ordered to attend a 30-month DUI school program. This will consist of 78 hours of group therapy, 12 hours of drug and alcohol education, and 120-300 hours of mandatory community service along with regular individual interview sessions.

By law, a California driver’s license holder automatically consents to a chemical test for alcohol in their system. In other words, if someone is lawfully arrested under the suspicion of driving under the influence, then he or she automatically consents to take a chemical test that analyzes the BAC in their system. This is either found in their blood, urine, or breath. The test must be administered at the time of the initial arrest.

The consequences for a first-time DUI offense and an Implied Consent violation are similar in comparison. Though they are alike in jail time and required fines, the only real difference is the fate of the perpetrator’s driver’s license. An individual’s first DUI gives them the option of having a restricted license that still grants them use of their car for exclusively work-related purposes. A violation of Implied Consent, however, results in the driver losing all driving privileges for a year. Refusal of a chemical test after a person’s first DUI results in harsher consequences, including more jail time.

If you have been arrested for a DUI and are dealing with repercussions of the conviction, then perhaps this is your opportunity to analyze your relationship with alcohol.

If a person has received a DUI or a DWI , there is a 10-year span of time known as the “lookback” period. If the individual receives another DUI or DWI during this period, they will be punished more harshly for the repeat offense. Penalties will alleviate after this lookback period concludes. For instance, a second DUI when the original occurred over a decade ago will be treated as the offender’s first.

Being a routine offender and being charged with yet another DUI will affect the defendant in many serious ways. Prior convictions will directly influence the judge’s decision about the amount of bail set, the amount of time they may serve in jail, length of sentencing, and any possibility of pleading to a lesser offense. This may make it a daunting challenge to get the charge stricken from the driver's record.

Options for a DUI in California

Though not always a viable option, a plea bargain for a “wet reckless” charge is occaisionally deemed acceptable by California prosecution. This will sometimes be appropriate if the person in question had a smaller amount of alcohol in their system, if no injuries or accidents resulted from impaired driving, or if the individual had a clean record prior to this instance. If the defendant actually pleads to this lesser offense, it will be considered a previous drunk driving conviction should he or she be arrested for another DUI. In that case, the judge may rule for the person to serve the equivalent sentence as a second time DUI offender.

Given ample time to analyze the situation, it is important that a DUI or DWI offender makes a well-informed decision as to where they should proceed. Some may find it a waste of resources to hire an attorney. Knowing what may be in store such as spending time in jail, a fortune spent in fines and fees, and not being able to drive is enough for some people to have second thoughts about not hiring a lawyer to represent them. If the defendant feels that they have a potential brighter outcome from going to trial, it may be wise to find an attorney who is experienced in defending DUI cases.

If you have been arrested for a DUI and are dealing with repercussions of the conviction, then perhaps this is your opportunity to analyze your relationship with alcohol. Alcoholism is a disease, and some say that it must be fought just as a cancer patient fights off their affliction. There are many possibilities for your recovery, including 12-step programs and rehabilitation facilities. Learn more about your treatment options today.