The Growing Pains of MDMA: Destruction of the Sassafras Tree 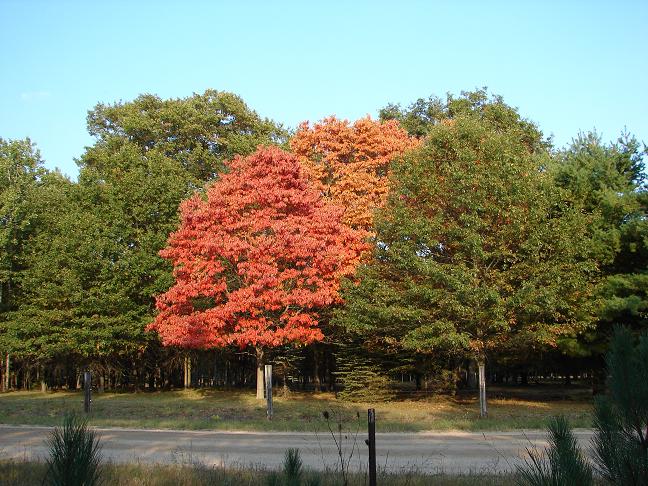 High demand for common club drugs used in the United States has vastly depleted the supply of the once common Sassafras tree. Headed towards extinction, countries struggle to preserve vulnerable habitats as the growing demand for MDMA continues to rise.

An Increasing Problem in the United States

Predominantly grown in the Southeast side of the United States, Sassafras albidum has become a popular tree for illegal use around the world. Sassafras albidum more commonly known as Sassafras, is a medium sized tree, with short branches that point up at the end. As the thick, green colored leaves hang over your head, nothing would seem out of the ordinary if you passed one on the street. Chances are, you probably wouldn't even notice them. However, the existence of these trees is being threatened.

Once used in the United States for many purposes, ranging from cooking to medical, this endangered tree is being exploited for the small amount of Sassafras oil produced through the bark or root of the tree. However, legal production of Sassafras oil has stopped due to the health risk that it poses.

According to Missouri department of conservation, the oil found in the Sassafras tree has lead to some disturbing results. The colorless, thick oil has shown to cause cancer in laboratory animals causing the FDA to ban all sales of Sassafras tea, root and oil in the United States. Still, this is not the only reason why the FDA was so eager to ban the use of Sassafras oil.

Synthesized for the use of ecstasy production in 1898 by German chemist Fritz Haber, safrole, one of the main components of MDA, MDMA, and MDEA, is a synthetic chemical derived from Sassafras oil. According to “Cambodia's Forests of Ecstasy,” the ecstasy molecule was not patented until 1914 by the pharmaceutical company Merck. Before MDMA was determined a Schedule I drug by the FDA, it was used as a psychotherapy to treat patients with different psychiatric disorders. Yet, due to its recreational use among young adults, safrole became a Schedule I chemical and requires a DEA permit to purchase in the United States.

Being the main raw ingredient in ecstasy, safrole is predominantly produced in Europe with the greatest manufacturer being the Netherlands. Lately, Southeast Asia has been under speculation as a prime location for the harvesting of Sassafras oil. From the Sassafras tree's bark, 6 to 9 % of red Sassafras oil can be produced, while only 0.9% of the colorless oil can be yielded from the the tree's roots. This is an extremely low amount considering the enormity of the tree itself. Because 95% of Sassafras oil comes from the fatal uprooting of trees, five million trees have been decimated in the last ten years.

Safrole and the Creation of MDMA

MDMA is a synthetically created drug using safrole as its key ingredient. Sassafras oil is first distilled to produce pure safrole. A series of other ingredients (molecules) are then added to the refined oil. Distillation is then used to react the contents to produce pure MDP2P which is MDMA oil. The final step of the process involves crystallizing the MDMA into a hard rock formation so it can be crushed up into a fine powder to place into digestible capsules.

Commonly known as Molly or ecstasy, MDMA can cause damage to the nervous system in your brain. Short term effects include impaired judgment, memory loss, and loss of coordination. Research provided by the University of Wisconsin, states that “because club drugs are illegal and are often produced in makeshift laboratories, it is impossible to know exactly what chemicals were used to produce them and where they came from.”

Due to its increasing distribution at social events like raves, clubs, concerts, and parties, the demand for Sassafras oil has never been so high. According to the European monitoring center for drugs and drug addiction, “the global annual production of amphetamines and Ecstasy is estimated to be around 520 tons.” This is partly due to its relatively low cost of production and high user demand.

The Deforestation of Sassafras: An Ongoing Struggle

Giuliana Miglierini, author of “Sassafras Oil, a Key Raw Material Now Largely Banned from the Market,” states that for a significant period of time Sassafras oil was traditionally used by men and women as an important raw material to produce chemicals used in flavoring, fragrances, and insecticide industries. But now, times have changed.

The demand for Sassafras oil predominantly comes from the black market, with dealers producing and distributing various club drugs for a low price, between $20 – $30. It is estimated that more than 95% of the world's Sassafras oil is produced from the hazardous harvesting technique, deforestation. Through illegal harvesting, the destruction of the Sassafras habitat has resulted in over 500,000 trees being uprooted annually, just to meet the high demand of users.

Author Giuliana Miglierini writes that the sources for Sassafras oil are becoming harder to find, which is due to a variety of factors. One of them being the banning of Sassafras harvesting in China, Brazil, and Vietnam because of illegal uses like the production of Ecstasy and to stop further destructive deforestation. Another issue is the vast depletion of sassafras trees without replanting the trees. Sassafras can only grow at the slow rate of 29 inches per year, with proper maintenance. These trees take years to grow until they reach full maturity and are able to produce Sassafras oil.

A New Location: The Destruction Continues

Adam Yamaguchi featured in "Vanguard Journalism: Forest of Ecstasy” reported first hand his experience in Cambodia, the newest Sassafras harvesting location. Recently discovered, Cambodia's tropical forests are now being destroyed, little by little, devoured from the inside by criminal gangs who are “setting up illegal factories to produce safrole oil from the rare Mreah Prew Phnom tree.” Even though the Cambodian government is making an effort to stop these criminals and save the tropical forest, their efforts might be in vain. The high demand for Sassafras oil is proving the problem to be a difficult one that cannot be stopped swiftly.

Possibly, the best solution to stop the destruction of the Sassafras tree is for a synthetic version of safrole to be created. The hope is that the synthetic development will be sustainable and environmentally friendly. Currently, numerous companies are working on a solution, working hard to stop this increasing issue.