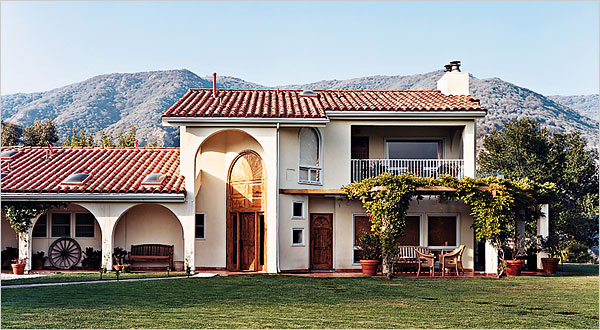 While drug and alcohol abuse among celebrities is as old as Hollywood itself, the proliferation of rehabilitation centers catering to famous clients represents a more recent trend. Why is it that the Lindsay Lohans and Charlie Sheens, despite getting the literal star treatment, can’t seem to stay clean?

During my junior year at a private high school in Los Angeles, I attended a school-wide assembly on the topic of drug and alcohol abuse. The administrators had arranged for several patients from a nearby drug rehab to talk to us about their struggles with addiction. One of the speakers was the actor Charlie Sheen. He admitted that he had abused drugs and booze for years, but had seen the light and was now working toward recovery. Even though we counted the offspring of several Hollywood stars among our classmates, it was nonetheless captivating to hear an individual of Sheen’s stature speak so candidly about his personal demons.

Imagine my surprise when, just a few years later, I opened my Twitter feed and watched Charlie Sheen’s substance-fueled #WINNING streak unfold. Apparently his sobriety was short-lived. In retrospect, the school should have known better than to seek out an actor, a person whose very livelihood depends upon straddling the line between reality and make-believe, to tell a group of teenagers the ugly truth about overcoming addiction.

In 1998, following a cocaine overdose, Sheen completed what would be his first of several stints in rehab at Promises, a $50,000-a-month treatment center located in the posh beachfront community of Malibu, California. The facility’s confidentiality agreement prevents it from releasing the names of current or former patients, but sources have reported that the list of Promises alums includes Lindsay Lohan, Britney Spears, Ben Affleck, Robert Downey, Jr., and Tiger Woods, among others. These big names have both raised Promises’ profile and raised questions concerning its efficacy in treating the disease of addiction. Shouldn’t the best treatment money can buy be able to keep stars like Charlie Sheen out of the tabloids?

Several years ago, the Los Angeles Times ran an exposé on the “celebrity rehab” phenomenon. The article focused on Promises and its reputation as a way station for rich and famous people needing to save face in the wake of drug- or sex-related indiscretions. At the time, the facility, along with several others of its kind in Malibu, was under investigation by the state for providing unlicensed medical care. Dr. David Sack, Promises’ chief executive, felt that the negative press surrounding his business had been skewed by the autocannibalistic gossip machine.

“When you make your living treating people who are conspicuous and in the public eye, you have to expect that you are also going to be in the public eye when they fail, and not everyone succeeds in treatment.”

“When you make your living treating people who are conspicuous and in the public eye, you have to expect that you are also going to be in the public eye when they fail, and not everyone succeeds in treatment,” Sack told the Times.

The psychiatrist also addressed allegations that Promises, with its ocean and mountain views, gourmet dining options, and heated swimming pools, doesn’t take the nitty-gritty of addiction treatment seriously. As he sees it, the luxury amenities give his well-heeled clientele a reason to stick around and complete their programs. On this point, Sack and Anne M. Fletcher, author of Inside Rehab: The Surprising Truth About Addiction Treatment, are in agreement.

“The idea that you should be denied the right to be comfortable and in a nice place because you’re supposed to be ‘doing the hard work of treatment’ is absurd and harkens back to old-fashioned confrontational approaches used with addicts and alcoholics to ‘tear them down and then build them back up again,’” Fletcher writes.

Celebrities who undergo treatment at Promises still have to go through detox and participate in intensive therapy sessions. They follow the same rigid schedules as the other patients, who make up the vast majority (about 90 percent) of the caseload at any given time.

Fletcher and Sack’s accounts of Promises’ practices seem to offer a more balanced perspective on than the gossip rags’ tellings. Nonetheless, their claims diverge greatly from the experience of Nic Sheff, a recovering addict and author who was introduced to America by way of his father David’s memoir, Beautiful Boy: A Father’s Journey Through His Son’s Addiction.

In the midst of an extended period of sobriety, the younger Sheff worked as a “residential technician” at an unnamed treatment center in Malibu. He describes his job “as more like being a glorified baby sitter.” Sheff and the other technicians had an implicit understanding that they could not say “no” to the star clients’ demands, no matter how outlandish. The counselors were often starstruck and relished the opportunity to gossip about their patients (“Did you hear that Britney Spears is coming this week?”). To Sheff, the facility was doing the residents a disservice by denying them a healthy serving of humble pie.

Explaining why addiction is so common among this set, he poses a simple question: “What group of people as a whole could possibly be more insecure and hate themselves more than a bunch of actors and trust-fund kids?” Here, Sheff commits the sin of generalization. Is there any certifiable proof that the rich and famous experience more self-hatred than ordinary people? Or does America’s cultural obsession with celebrity serve to obscure the widespread ravages of mental illness and addiction?

The most telling detail in Sheff’s story is that, during his time as a resident technician, he relapsed and went on a six-month drug binge. Knowing the kind of treatment the men and women under his charge needed couldn’t help save Sheff from himself.

What You See on TV

In early May, Dr. Drew Pinsky announced that his VH1 reality show Celebrity Rehab, which last aired in November of 2012, had reached the end of the line. Critics had long felt that Pinsky, the show’s host and lead specialist, exploited the ugliness of the cast members’ addictions for his own fame. For this and other reasons, the final season did not feature any celebrities and the name was shortened to Rehab with Dr. Drew.

Despite the rebranding, Dr. Drew could not escape the firestorm that erupted when country singer Mindy McCready, a Celebrity Rehab alumna, died from a self-inflicted gunshot wound on February 17. McCready’s suicide marked the fifth death among former cast members.

“These are really sick people, that’s why they die. These are people with life-threatening addiction.”

Many concluded that televised treatment was bound to fail, sometimes tragically, and that Pinsky should be held responsible. The longtime TV and radio personality offered this rebuttal: “These are really sick people, that’s why they die. These are people with life-threatening addiction.”

While it may be tempting to draw a line of causation between the spectacle of Celebrity Rehab and the fates of those who succumbed to their illness, the multitude of variables involved in addiction treatment make any analysis difficult. Addiction is a shapeshifting disease manifesting itself in forms as diverse as the human experience. Treatment methods, whether implemented in beachside villas in Malibu or broadcasted on national television, vary greatly from facility to facility.

With relapse rates estimated at between 50 and 90 percent, the only definitive answer on addiction treatment is that the odds of success aren’t great. Promises has claimed a 70 percent success rate for clients who complete treatment there. This statistic comes with one caveat: the facility only follows up with patients for three months following discharge. For most addicts, recovery is a lifelong journey filled with peaks and valleys. Hollywood stars struggle to get clean not simply because they are rich or choose cushy treatment centers, but because the disease of addiction presents an arduous challenge for all who face it.

A. Thomas McClellan, chief executive of the Treatment Research Institute, gets to the heart of the matter: “It doesn’t matter if you’re a movie star going to a resort by the sea or a homeless person. The system doesn’t work well for what is for many people a chronic, recurring problem.”