What Makes Drinking Games So Dangerous? 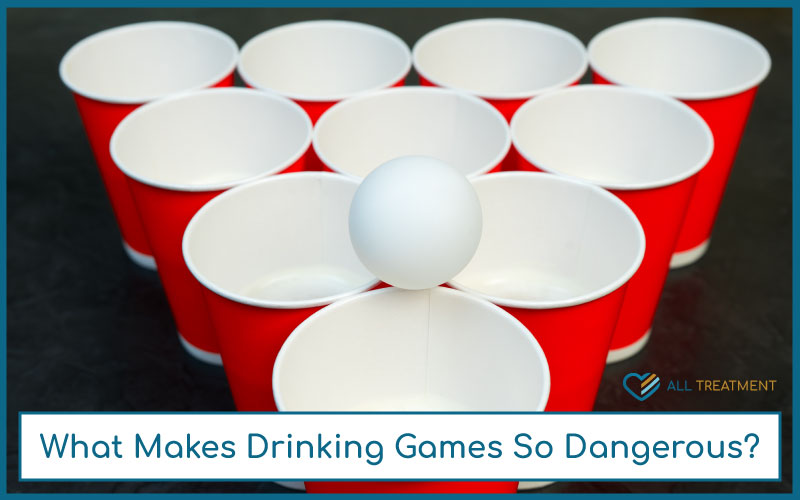 What Makes Drinking Games So Dangerous?

We’ve all heard about the different drinking games that young adults (and sometimes older adults as well) get involved in. Beer pong, is one of the most common drinking games, but there are plenty of them out there, from drinking every time that something is said or done in a movie, to seeing how many different types of drinks someone can have in an evening.

But, as you may expect, there’s a huge danger behind drinking games. One of the biggest dangers is the fact that it encourages binge drinking. Think about it – these people are, essentially, being encouraged to drink way too much, and as a result, they could end up with a lot of problems.

Check Your Insurance Coverage For Addiction Treatment - Most insurances will cover treatment. Get Financing For Addiction Treatment How To Get into Rehab without Paying For it. Free Rehab. DOWNLOAD GUIDE. Got a question about Addiction or Treatment? Talk With an Addiction Expert. Free & Confidential.24/7 365 Day. CALL: (269) 248-3713
This is how some people fall into the spiral of alcoholism that happens from time to time to many people. This is also how people end up with alcohol poisoning. If you drink too much, you’re going to be more likely to end up in the hospital, and death is a lot more likely if you don’t get the whole thing taken care of quickly enough.

The binge drinking craze is, likely, the worst of those issues, mainly because it can really mess a person’s body up as time goes on. There are so many complications with it, and it can end up leading to alcoholism. Once you get into the throes of alcoholism, it’s hard for you to get out of it, and rehab is usually necessary.

Drinking games are just one way that adults and teenagers get sucked into the bad habits related to alcohol use and abuse. It plays a huge role in the positive ways that people think about these activities, and can end up with negative long term results.