The Link Between Risky Behavior and E-Cigs 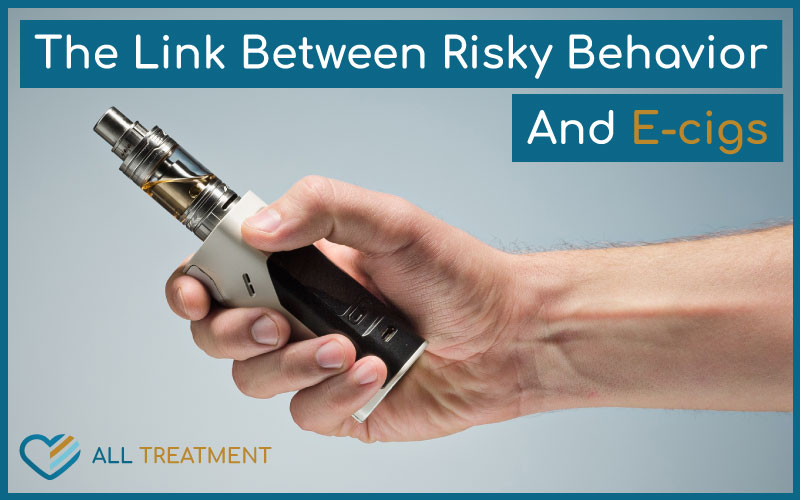 The Link Between Risky Behavior and E-Cigs

What do you think of when you think of the word “risk?” Some people may think of people who do high profile things, like diving from cliffs or other risky tasks. But, a lot of teenagers and young adults are involved in a lot of risky behaviors. They may be involved with underage drinking, or they may be using drugs. The number of teenagers and young adults having unprotected sex has also increased greatly in the past few decades. It’s a risky world that we live in, now.

That being said, scientists have noticed that there is an interested correlation between these types of risky behavior and e-cigs, especially in young adults (which are considered to be under the age of 25 for the purposes of this particular study). The more risky behavior that a young adult is involved in, the more likely that they are to use e-cigs.

Check Your Insurance Coverage For Addiction Treatment - Most insurances will cover treatment. Get Financing For Addiction Treatment How To Get into Rehab without Paying For it. Free Rehab. DOWNLOAD GUIDE. Got a question about Addiction or Treatment? Talk With an Addiction Expert. Free & Confidential.24/7 365 Day. CALL: (269) 248-3713
According to what we have been told about e-cigs, it’s an interesting thing to notice. We make the assumption that e-cigs are a lot safer than regular smoking. But, if that were the truth, then why would these young adults be doing it? If they’re so risky in other areas, why would they find the “Safe way” out when it comes to smoking?

Maybe that tells us something about e-cigs, then. Maybe they aren’t as safe as people make them out to be. They’re still dangerous – the steam isn’t the best thing for our lungs, and it’s still encouraging a lifestyle of addiction, basically. So, maybe that’s why people who think that they’re unstoppable and able to live through whatever are using e-cigs instead – they know about the risks of smoking, but they’ve been lead to believe e-cigs aren’t as dangerous.