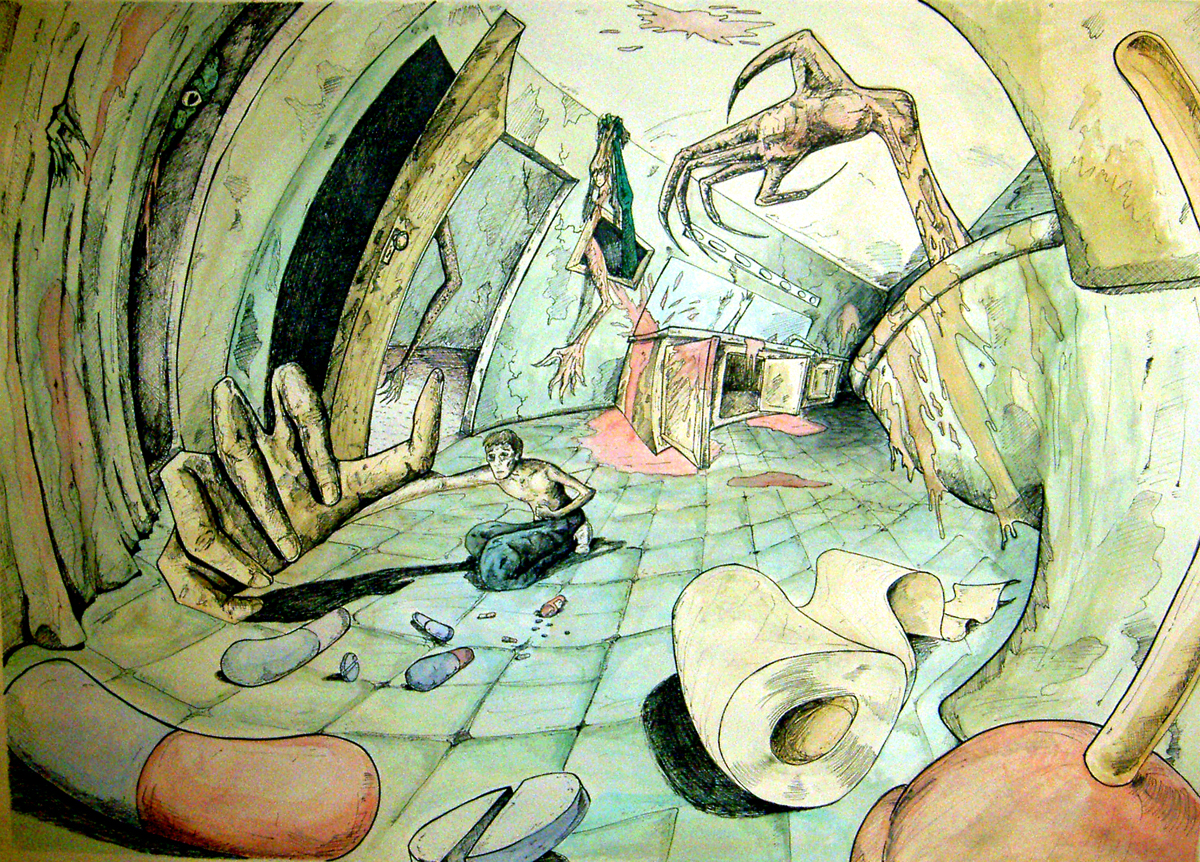 The following is an interview with Amy Hagberg, coauthor of Facing the Dragon: How a Desperate Act Pulled One Addict Out of Methamphetamine Hell. Facing the Dragon tells the story of David Parnell, a longtime drug abuser and seven year Meth addict who in 2003 put an SKS assault rifle under his chin and pulled the trigger. He survived. Amy Hagberg helped him tell his story.

Chance Campbell: Thanks for making time for this interview with us.

Amy Hagberg: It is my absolute pleasure, Chance. I am always thrilled to discuss David Parnell and our work on Facing the Dragon.

C: Before collaborating with David Parnell on Facing the Dragon, what was your experience with drug addiction?  How did your perspective on methamphetamine and drug addiction change over the course of your work with Parnell?

A: My experience with drug addiction was extremely limited when I first met David. In my first two books I interviewed several recording artists who struggled with addiction, but their drug of choice was alcohol. I knew very little about methamphetamine until I began conducting research for the book and interviewing David. I must admit that I was rather ignorant of the threat meth and similarly poisonous drugs pose. I live in a small town outside Minneapolis and have never been exposed to anything other than marijuana. I was stunned to learn that our county has a significant meth problem; more meth is manufactured here than in any other county in the state. It was frightening to learn that deadly drugs like meth are so close to home. Since the publication of Facing the Dragon, I have collaborated on two other memoirs with recovering addicts and am just getting ready to work on two more. It seems I’ve hit a nerve.

C: Parnell’s story is a sad one, including addiction to all manner of drugs, multiple suicide attempts, and permanent disfigurement. Working on the book, was it ever hard to just keep writing?  How does one make light out of so much darkness?

A: Facing the Dragon was a very painful story to write. Most days I could only transcribe the interviews or write for a couple of hours before taking a break. I literally had to go on a writing sabbatical so I could finish the manuscript. I’ve interviewed scores of people with sad stories in my career as a professional writer, but David’s tale really broke my heart. I remember tears streaming down my face as I recounted events in his life. He was emotionally and physically abused, rejected by friends and family, and parented very poorly. He used drugs until he was psychotic and no longer wanted to live. The most amazing thing to me, however, is that he takes full responsibility for his mistakes. Nobody made him smoke his first joint or try methamphetamine for the first time.  Admittedly, I was horrified at times when he described some of the things he’d done; I just couldn’t wrap my head around his poor choices and their ramifications. But I was very impressed by his candor; he told me things he’d never even shared with his wife, Amy. I also interviewed her at length, and was equally saddened by her story and proud of her for sharing it.

Because I often write tragic pieces, I have learned how to erect an emotional wall to protect myself. Otherwise, the darkness would be overwhelming. At the end of the day, Facing the Dragon is a story of hope and recovery and David and Amy Parnell are incredible inspirations to me. It is an absolute miracle that the two are alive, celebrating their 17th wedding anniversary, and have happy, healthy, and well-adjusted children. They are living proof that God can use anybody to make a difference in the lives of others.

C: What parts of Parnell’s story mean the most to you?

A: As a parent myself, I think the events in his childhood got to me the most. Because of the environment in which he was raised, David didn’t stand a chance of having a “normal” life. Every child deserves better. Still, I’d have to say his near-death experience and miraculous recovery have impacted me most profoundly. He shouldn’t be alive at all, let alone traversing the country sharing his vital message.

C: Does Facing the Dragon speak to readers who have no experience with drug addiction?

A:  Absolutely. I have spoken at a number of book clubs and few if any of the participants had experience with drug or alcohol addiction. We all face our own life-threatening dragons, and Facing the Dragon conveys a message of hope and healing to which people from all walks of life can relate. Besides, it’s a real page-turner!

C: Many of our readers are addicts with lives just as harrowing as David Parnell’s.  Some have stories they’d like to share.  How did Parnell approach you to collaborate on Facing the Dragon?

A: I actually approached him initially. A statewide newspaper asked me to interview David in advance of a scheduled speaking event. At the conclusion of our interview, which barely scratched the surface of his story, I asked him if he had ever considered writing a book. At the time, he had been approached by several other writers, but never felt like the timing was right. Some weeks later he called and said he was ready to go. David and I had a special chemistry that was evident from our first meeting, and we’re both very proud of our collaboration.

Although I’ve written several of my own books, I specialize in book collaborations. Many of them are memoirs, but I also write about business, spirituality, true crime, and am in the early stages of writing my first novel with a novelist and civil war historian. My agent and I receive many collaboration requests, but we’re always looking for a good story. The best way to reach me is through my website, www.amyhagberg.com or by following me on Facebook at www.facebook.com/amy.hagberg.

C: Thanks for sharing with us, Amy.

A: It has been an honor and a privilege, Chance. Thanks so much for asking!