Women and Addiction Treatment: An Interview with Nancy D. Campbell 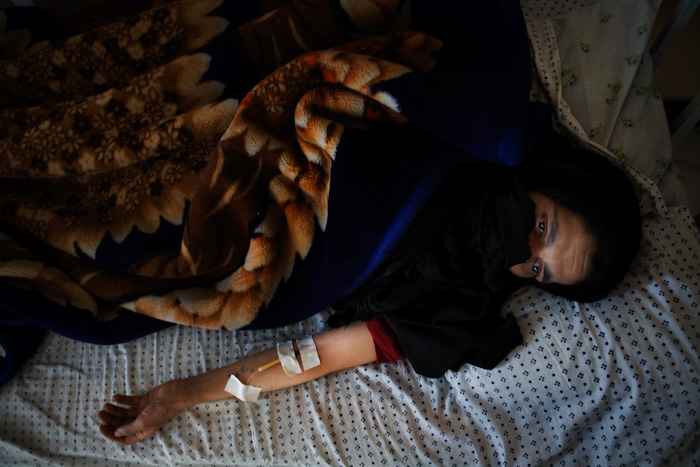 A devastating trend has run largely unacknowledged throughout our communities: women who are addicted to drugs are not receiving the treatment they need. Nancy D. Campbell, co-author of Gendering Addiction: The Politics of Drug Treatment in a Neurochemical World, knows that this is not a coincidence. Various blockades deliberately keep a gendered hold over women in all areas of society, and drug addiction is no exception. We spoke with Ms. Campbell about why addicted women struggle daily to receive the treatment they deserve.

Adrienne Hurst: Nancy, thank you for making the time to speak with us. Tell us a bit about yourself and the work that you do.

Nancy D. Campbell: When the War on Drugs turned into a war on women—in the late 1980s and early 1990s, in the midst of the explosion of interest in the ‘decline of maternal instinct’ amongst pregnant, African-American women who used crack-cocaine—I began to write about why women were spotlighted at that historical moment while being ignored at almost all others. I’m a historian of drugs and drug policy, and some of my work focuses on women and the history of gender-specific drug and alcohol treatment.

AH: What issues and/or experiences inspired you to write Gendering Addiction: The Politics of Drug Treatment in a Neurochemical World (co-authored with Elizabeth Ettore)?

NC: Earlier in both our careers, Betsy and I had each written about the need for gender- specific drug treatment. We had each felt quite alone, Betsy in the UK back in the 1970s, and me in the U.S. in the 1990s. We decided to team up and study how drug and alcohol issues fell by the wayside of the mainstream women’s health movement, but were taken up by less-mainstream feminist treatment advocates. Women’s treatment advocates worked tirelessly within the state and federal research and treatment apparatus to gain a foothold in terms of the recognition that gender mattered. But when the field turned to neuroscience, the conversation about gender became less about women’s relationships to power and vulnerability, and more about ‘the addicted brain.’

AH: Why should we take gender into consideration when evaluating drug addiction and treatment practices?

NC: If gender is considered, some cultures of drug use and accompanying practices become more comprehensible. Some of the power dynamics that fuel women’s initiation and ongoing use stem directly from violence against women, the structural violence that pervades some women’s lives, and the racialized constructs of the War on Drugs. Some treatment modalities are cognizant of the role that trauma plays in so many women’s lives. They are, in my view, more humane when adapted to the gender-specific frame.

AH: In your book, you explain that society does not view motherhood as a right for addicted women. Their drug use is deemed shameful, toxic, and irresponsible, making them “unfit” for motherhood. How do these negative stigmas harm women who become pregnant while addicted?

NC: Mothering is highly charged due to unreasonable expectations that mothers will discharge all of the duties of social (as well as biosocial) reproduction—often with very little support or safety net from the society. Unforgiving political-economic contexts make mothering hard, but there are few mothers who encounter as little support as those who depend on drugs to navigate their everyday (and everynight) lives. There have been many attempts to consider these women as ‘third parties’ who harm the very children they are doing their best to love and raise. Instead of reducing harm, the ‘double whammy’ of stigma augments the structural violence and lack of health care—the lack of care and compassion—that so many drug-using women have to navigate on a daily basis on behalf of themselves and their children. When we’re talking about pregnant women and potential children, there are so many dimensions of stigma at work that women are put at a great disadvantage when it comes to seeking and receiving treatment.

AH: Why do these roadblocks still exist for women seeking and receiving treatment today?

Instead of reducing harm, the ‘double whammy’ of stigma augments the structural violence and lack of health care … that so many drug-using women have to navigate on a daily basis on behalf of themselves and their children.

NC: You can’t legislate destigmatization or easily dispel attitudes that discourage women from admitting they have a substance abuse problem, or telling their primary care physician (if they are lucky enough to have one). It is too risky for most women to disclose addictions and to take the time they need for treatment. They don’t have jobs that carry treatment benefits. They are vulnerable to having their children removed from them. They have too little power over the course of their own lives to place themselves in anyone else’s hands. Despite decades of bringing the need for childcare and transportation to attention, many treatment programs simply can’t afford to extend their services to pregnant women. So I don’t think that more treatment is going to lessen these disadvantages—we can’t treat our way out of the problem. Better treatment would be great, but it won’t lessen the gap. We have to think about why so many women are in pain in the first place, and do what we can to reduce pain and hardship.

AH: How has women’s addiction treatment evolved over the years?

NC: Gendering Addiction was based on our observation that there has been a tremendous amount of reinvention of the wheel in this domain. Programs get up and going; their funding disappears; they go out of existence. Then someone thinks, ‘Shouldn’t we have a treatment program for women, or pregnant women?’ The cycle begins anew. Women have worked tirelessly for decades to gain programs that recognize that gender has specific implications for cultures of use, as well as for the content and conduct of drug treatment.

NC: Any treatment program that empowers women to examine their needs for power and control, their feelings of powerlessness and feelings of being out of control, and tries to get at gender as a structure of constraint or gender socialization as something that can exacerbate women’s initiation or continuation of problematic drug and alcohol use can be considered a feminist program. There are specific curricula that emphasize safety, relationality, and parenting skills. There are programs that recognize how poorly any addicted women have themselves been parented, and attempt to inculcate new norms for parenting.

AH: Do women require different treatment for addiction than men, or is this a social misconception?

NC: Yes, but I’ve come to understand that there is more similarity between women and men than there is difference between them. Sometimes I think that treatment for men should also recognize the role of childhood trauma, structural violence, and power and powerlessness. At the very least, treatment providers and programs should be sensitive to those aspects of masculinity that make treating men difficult—the sense of shame for failing to be a breadwinner, for instance. Why there isn’t more exploration of parenting in male treatment programs is beyond me. Men are measured and considered worthy or unworthy fathers, just as women’s ‘fitness’ for mothering is assessed. But because fatherhood for men doesn’t have quite the same centrality as motherhood for women, we don’t think about gender mattering as much to men as it does to women.

AH: What needs to be done in order for women to receive full and equal access to addiction treatment?

NC: We witnessed a few successful treatment programs once aimed at women broaden and become primary care facilities for all. We’ve also seen office-based pharmacotherapy with buprenorphine (Suboxone) come into existence as a result of attempts to destigmatize addiction treatment. If we were to combine the acknowledgement that women’s social situation as mothers and caregivers overburdens them in the face of uncaring systems with the recognition that all human beings need access to healthcare, including pharmacotherapy and psychotherapy, as well as good work, healthy homes, and educational and recreational opportunities, I think we’d have something worth all this struggle.

Nancy Campbell's book, Gendering Addiction: The Politics of Drug Treatment in a Neurochemical World, can be purchased through Amazon.