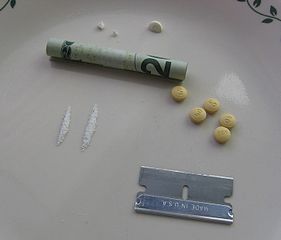 Many people do not associate Virginia with drug use, mainly because of the higher older adult population and the fact that it is more seen as a tourist destination than somewhere that people reside. That being said, its proximity to Washington DC, along with its access to the southern states, makes it a prime location for a number of drug problems to occur. The main two issues are marijuana use and abuse, and the abuse of prescription medications (primarily OxyContin and other similar painkillers, but others are included in there as well).

Ever since legalization became such a big issue throughout the entire country, marijuana has become a major problem for people who live in Virginia and many other states. That being said, marijuana is considered to be the most widely used drug throughout the state of Virginia, and there have been a lot of efforts to try and prevent it from becoming worse. Even though its neighbor, Washington DC, legalized the use of marijuana in early 2015, Virginia doesn’t seem to be budging. This, in turn, has lead to an increase in the number of seizures and arrests that have happened throughout the state.

Since so much marijuana is distributed from the southern United States, specifically the Southwest, it is very accessible to those living in Virginia. Granted, this type of marijuana is not known for giving a very good high, and it leaves many people within the state of Virginia looking for something a little more potent. Because of that, you can find marijuana that has come from all over the country, and that varies in the potency and the type of high that you may get.

Because of this issue as well, synthetic marijuana has also become more of an issue. As you likely know, synthetic drugs grant a very unique problem, primarily, that they could have ingredients in them that no one knows about. This makes them especially dangerous, and it results in a number of deaths every single year because of overdoses or poisoning. Because of this, the state has paid special attention to the laws that are related to synthetic drugs and has stepped up the efforts to ensure that these types of drugs are not easily accessible to the residents of the state of Virginia.

Oxycontin and Other Prescription Drugs

OxyContin is, in fact, the drug that is most commonly abused. People either take it straight out, or they will crush it and snort it in order to get the high that is associated with this sort of use. Many people who have looked at the way that OxyContin has been abused throughout the state as an epidemic in and of itself, and because of that, many doctors have become very careful when prescribing various medications in the painkiller category. Even though access has been restricted, it is still a huge problem throughout the entire state and one that needs to be addressed further. A statewide program that keeps track of any and all prescriptions has been recommended and legislators are considering moving forward with those laws, but there has not been progressing at this point. At this time in 2016, we will hopefully see a difference in this area, and fewer people in Virginia (and throughout the entire country) that are abusing prescription medications like OxyContin.

These problems are two that have plagued Virginia in terms of drugs for an incredibly long time and, because of that, it’s important that we continue to watch the state and see what it does in terms of legislation related to prescription medications and marijuana. The possibility that they will follow suit with the legalization of marijuana is definitely there, but at this time, they don’t seem to be making those changes. They also seem to be making strides toward making prescription medication less accessible to those who do not need it, so that will definitely be a step in the right direction when it comes to controlling the abuse. If you live in Virginia and need assistance or rehab, use our website to find resources and get the help that you need.