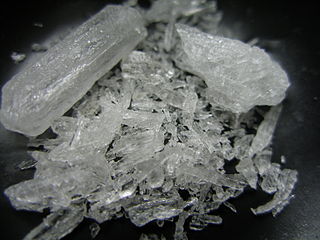 Utah is actually a state that has one of the lowest drug use problems, mainly because of the very high religiosity of a number of its residents. That being said, Utah’s proximity to California and Texas makes it a place where a lot of drugs go through, which means that there are still issues with drugs in the state, especially around Salt Lake City and some of the more populated areas of the state. Heroin is the largest culprit, but there are also a few meth labs located throughout the rural areas of the state as well.

Heroin use in Utah is one of the most dangerous drug problems that the state has to deal with. 3% of the state’s population uses some sort of illicit drug on a regular basis, and heroin actually makes up a majority of those cases. The accessibility to heroin in Utah is much more than any state, mainly because of how close it is to the California market. The major cities usually have two types of heroin that people can access – black tar and Mexican brown. Both of these are standard forms of heroin, but in recent years, it has also gotten a lot easier for people to access the more pure forms as well.

This makes heroin in Utah incredibly dangerous. The purer that heroin is, the more likely you are to overdose from it. Overdoses from heroin are incredibly painful and the user will die very quickly if they do not get medical help quickly. Heroin is an epidemic throughout the entire country, and Utah is just one of many states that have to cope with this issue.

Because the problem of heroin has gotten so severe, there are a number of facilities in Utah that have specially designed programs for those who are seeking rehab from heroin. Because the detox process from heroin is usually incredibly painful and hard to go through, it’s important that these programs exist. The recovery process from heroin addiction can take a long time, but if a person has gotten the help that they need in a reasonable amount of time, they are going to be able to recover and they will go back to being a normal, functional part of society. This is the ultimate outcome, and Utah has gotten really good at helping its residents get to that point.

The other large problem that Utah deals with is methamphetamine, better known as meth. This synthetic drug is one of the most hazardous out there, because there’s no “one formula” that people use in order to make it. Bad trips are common, and medical assistance is required as soon as possible in order to ensure that the user will survive the overdose or trip.

Meth is a huge problem in Utah as well, and some consider it to be even more of an issue than heroin. Because of the proximity to southern California, those who are seeking meth in Utah are easily able to get it, no questions asked. There are also a small number of meth labs located in a couple of the rural areas of the state, but without the appropriate information, they have not been able to be shut down at this point in time.

Like heroin, meth can be very dangerous if one becomes addicted to the drug. There are several meth focused rehab programs that are located in Utah, and they have a reasonably high success rate for those who spend time there, in both outpatient and inpatient contexts. Utah legislators attempt to stay on top of everything related to advances in rehab programs.

That being said, Utah has actually seen a lot of ups and downs with the use of meth in their state, mainly because the state legislature did a good job of working toward meth education campaigns in the early 2000’s. They have continued to build on that foundation, and there has been a small decrease in the number of meth arrests and cases in the state as a result.

Overall, compared to other states, Utah is in a much better place when it comes to illicit drugs. That being said, the ones that are used most often in the state are also some of the most dangerous. With specially designed rehab programs and an effort to educate the general public about the dangers of these drugs, Utah is working to keep its reputation as one of the cleanest states (in terms of drugs) in the entire United States of America.