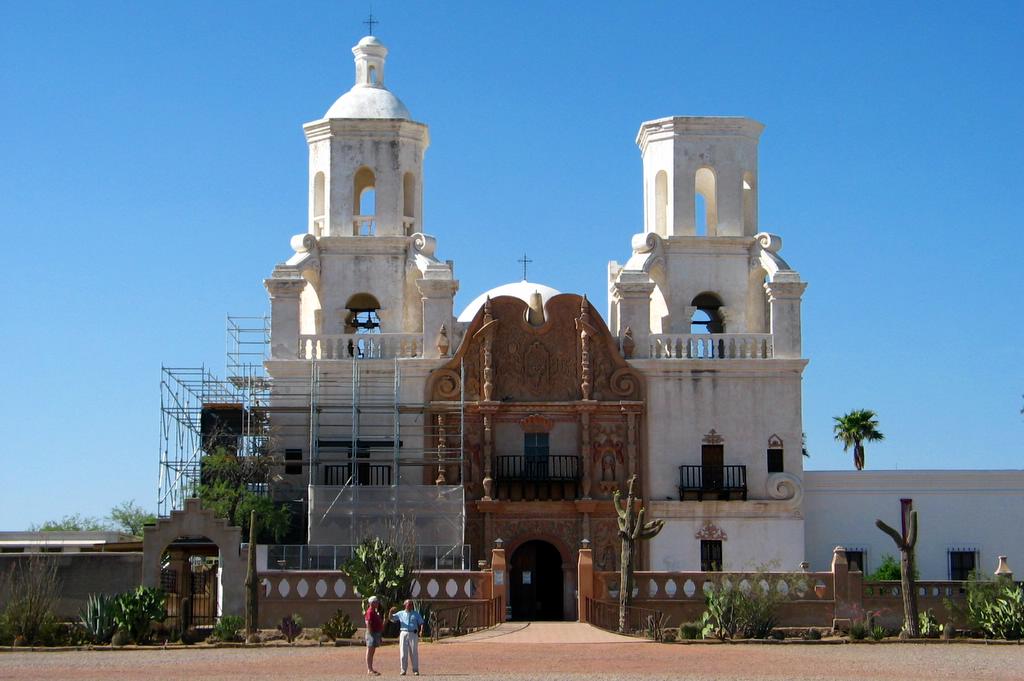 Tucson is located in the state of Arizona, a state that shares a border with Mexico. It’s not surprising to see just how drugs can be such a big problem in the city, since a lot of drugs are smuggled across the border for a higher profit.

Tuscan has a population of more than 520,000. Many of the people living in the area are illegal Mexican immigrants, approximately 10% of the 41% of Mexican migrants in the city. South Tucson in particular, is notorious for being a high crime zone and drug trafficking area.

Drug trafficking is big business in Tucson, worth several billion dollars. Every year close to 300,000 pounds worth of marijuana is impounded by the police in and around Arizona, with notably large cases coming from Tucson. The DEA has provided a special warehouse where all the impounded drugs are kept. This U.S. Drug Enforcement Administration facility is now so full that there is no more room for other drugs. The warehouse’s location is kept secret.

The drug network in Tucson is very well developed because of two main reasons. The first reason is the proximity of the state of Arizona to the Mexican border. This proximity makes drug trafficking easier. People are caught every day trying to cross the border illegally. Interestingly, drugs aren’t just coming into the US, but are also leaving the country. In 2015, $9.1 billion worth of drugs left the country via Interstate 10, which passes through Tucson, towards Mexico. Authorities in Tucson have strong leads that many of the drugs that arrive in America make a stop in Tucson before being transported to other cities in Arizona.

Being the second most populated city in the state of Arizona also means that the drug network and those responsible for drug peddling can hide and operate undetected for long periods of time. Interstate 10 which connects Tucson to Phoenix, the most populated city in Arizona and the base of most drug operations in the state, forms a crucial link for this menacing drug problem.

What Tucson Law Enforcement Agents Are Doing About the Drug Problem

Law enforcement agents continue to fight the drug war aggressively on both sides of the border. Since 2006, an estimated 150,000 people have been killed in clashes at the border in drug related incidents and illegal border crossing.

Tucson law enforcement agents are encouraging educational programs aimed at teaching people about the dangers of drugs. If these programs are successful in Tucson and the surrounding towns, then there is hope that the same program can be applied in other cities in the rest of the country.

Another initiative that is still being tested is that of creating a Controlled Substances Prescription Monitoring Program database. This database system is aimed at helping doctors screen out potential patients who are going around looking for doctors who can prescribe them painkillers. Although it is a good endeavor, one of the weaknesses of this system is that it is not a mandatory service for doctors to use. Hence, several doctors unwittingly might be prescribing the same drug to the same person across different parts of Tucson if they choose not to check the person’s details in this database.

Another Problem to Deal with – Prescription Drug Overdose

Marijuana and heroin aren’t the only drugs causing havoc in Tucson. Prescription drugs are a cause for concern because the statistics of people who die due to a prescription drug overdose is now higher than those who die in car crashes. 327 autopsies were carried out with the main cause of death being linked to morphine, heroin, or oxycodone. This was against 197 autopsies done on people who had passed away as a result of car accidents.

Prescription drug overdose, particularly in people ages 12 years and over has become one of the latest scourges to hit the city. Tucson, being part of Arizona, contributed to the state’s overall high record of 5.66% of people who abuse or misuse prescription drugs. This figure is high when compared to the national average of 4.57%.

However, this is not to say that the trend has only been increasing. In fact, thanks to effective policies, there has been a significant drop in this percentage. In fact, the figure you see above reported for 2011 was actually lower than the figure recorded in 2009-2010 period, which stood at a record high of 6.31% against the national rate at the time of 4.89%.

The unlikely culprits contributing to the prescription drug problem, according to the prevention services manager at the Arizona Department of Health Service’s Office of Prevention, Lisa Shumaker, are ironically doctors who overprescribe drugs. Other problems that are linked to prescription drug abuse mentioned by Shumaker included the unregulated buying and selling of unused medication and the general lack of knowledge on the part of the city’s residents.

The Targeted Tucson Residents and Drug Market at Large

A lot of the city’s economic development is linked to the city’s major university – the University of Arizona. Students of the university are among some of the most consistent substance abusers and targets of drug traffickers. More than half of students in a survey carried out by the Youth Survey in Tucson showed that they got drugs from their friends. 10% of girls and 6% of boys in the same survey said that they had experimented with prescription medication like Tylox, OxyContin, and Percocet.

Tucson’s $2 billion dollar a year tourism industry, coupled with a vibrant nightlife at clubs, resorts, and attraction centers is also another willing and ready market for those selling drugs.