The Daily Life of a Heroin Addict – Part 3 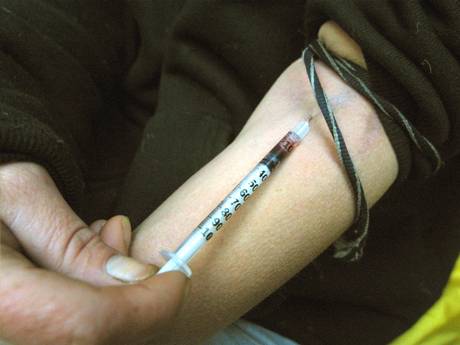 This is a narrative story based on the true experiences of an ex-heroin addict. These opinions and actions do not represent the opinions of AllTreatment.

"…If the fellows were not around, then I would have to come up with a plan all over again and work it by myself. I can't keep stealing cars; I already got busted the month before. One more time and I'll go to jail for sure.

I remember thinking, man, what a horrible son I am. I'm gonna go to hell for this one for sure.

Let me sweep the house one more time just in case I missed something. Then boom! I hit the mother load. I found a big fat black accounting book. But it wasn't my mother's, it was the church's check book. My mother was the church treasurer. Then I remember thinking, man, what a horrible son I am. I'm gonna go to hell for this one for sure.

No time for that, I gotta give this a shot or else I'll be sick all over again. So I wrote myself a check for $100 and headed straight to the bank. I hated myself so much. I could not believe what I thief and a liar I had become.

Sure enough, the bank cashed the check for me. When it came to scams and lies of that sort, I would normally score $100 or there abouts so that I could hopefully take the next day off, just get high, and not have to worry about stealing cars again. At least until the day after that…

However, once you get that kind of money, you decide to go ahead and buy all 5 bags to strike a deal with the dope man. 5 bags for $87. Then get a nickle bag of weed, rolling paper and 2 pack of cigarettes.

Maybe I'll do a bag or 2 with my friends or my cousin. But instead of doing that and even saving a bag for the next day, I would do them all that same day all through out the night and the end result would be a good 14 hour sleep.

I remember thinking, now I'm all set for the rest of the day. What a relief. Now I don't have to go out and steal again or con anyone else. But man, what a horrible monster I was to steal money from the church. I didn't even think of the consequences. Man, I can't believe that was me. I can't believe I did those things. My mother would be later removed from the position of church treasurer.

Then the pastor stepped up to save me in front of the church. On our first meeting, I remember convincing him to lend me $20 to pay the dope man off or else he would kill me. He gave me the $20, took me to the dope spot and then took me home.

Little did he know that he gave me the $20 to buy dope and even took me to the dope spot to buy it. Needless to say, he gave up on me after that.

You think that's bad; I've seen worse. My cousin put makeup on his eye to make it look like the dope man gave him a black eye. He went home to his mom and told her that if she didn't give him $100, the dope man would kill him. Sure enough, she gave him the money. He had to keep that makeup on his eye for a week to pull that off. Heroin turns you into a Hollywood actor sometimes.

I've done crazier things than that. It would take me months to write about my crazy missions, scams, lies, robberies, car thefts, car chases, stuff that you would only see on TV. I hate to even think about it.  It's nothing I'm proud of.

I remember thinking, I can't keep living like this. I have to find a way to quit this thing. God, PLEASE help me. So many days, and so many nights, I used to get on my knees, crying and begging God for help. But he was no where to be found, at least not yet… not until I would take that first major step.

The day was finally over and the night had finally come. I was high as a kite and ready for a good night's sleep, finally.

Mission accomplished. All is well, at least for now.

Tomorrow was going to bring another day that would require a new plan, a new mission, new lies, a new day of hell, a new day in the life of a heroin addict. A life of stealing, cheating, and hurting the ones who love you the most.

My God, what a horrible nightmare that was…"