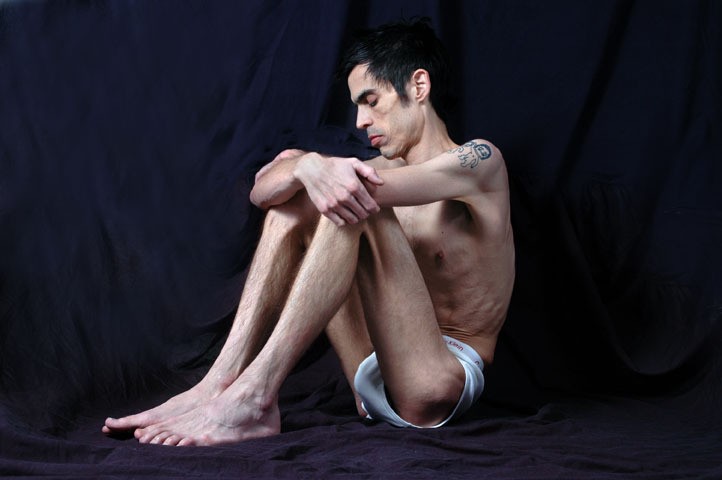 Today, the shockingly thin model at the end of the fashion runway doesn't pertain only to females. Growing awareness of men suffering from eating disorders sheds new light on what has long been considered a “women’s disease.”

According to the South Carolina Department of Mental Health, an estimated 10-15% of Americans with eating disorders are men; however, the number is thought to be even higher because many men are ashamed to admit suffering.

In part, this shame stems from the feminized stigma attached to eating disorders, as well as a lack of education regarding the disease. Doctors and family members have difficulty noticing the possible warning signs, making eating disorders harder to prevent and diagnose. Facilities may even turn men down because of their gender, and many men may feel alone or awkward sitting in a group of all women. The lack of therapy groups and treatment centers specifically designed for men, leaves many suffering in silence.

Eating disorders have the highest mortality rate of any mental illness. With so many men unlikely to receive treatment, this disease should not be taken lightly. A study by the National Association of Anorexia Nervosa and Associated Disorders (ANAD) reported that without treatment, up to 20% of people with serious eating disorders die. Even with treatment, the number is 2-3%, and only 50% of people report being "cured" of the disease.

A comparison of the psychological profiles of athletes and those with anorexia found these factors in common: perfectionism, high self expectations, competitiveness, compulsiveness, tendency toward depression, body image distortion, and preoccupation with dieting and weight.

The threat extends beyond athletes. Many men share common characteristics and experiences that contribute to the disease. Personality attributes include low self-esteem, the need to be accepted, an inability to cope with emotional pressures, obsessiveness, passiveness, dependence, antisocial behavior, and family and relationship issues.

Although these attributes coincide with many females with eating disorders, there are a few male-specific traits. Usually, males with the disease tend to be more active, experience more sexual anxiety, have fewer bulimic episodes, abuse laxatives less, and have more of a preoccupation with food and weight.

Due to the addictive nature of eating disorders, it is not uncommon for men suffering to also struggle with alcohol/drug abuse. Other themes associated with male eating disorders extend to one’s occupation, lifestyle, and even sexuality.

According to a recent study conducted by the Columbia University Mailman School of Public Health and the National Development and Research Institute, gay men are three times more likely than heterosexual men to have an eating disorder. This research found that 15% of gay men report having had some form of an eating disorder in their lifetime, ranging from binge eating and bulimia to anorexia. Some debate that this statistic is due to a greater emphasis placed on physical attractiveness among gay men. Others propose that societal pressures force gay men to seek more acceptance from peers, and that they may feel more insecure than heterosexual men.

Getting Past the "Women's Disease" Stigma

No matter their lifestyle, many men are at risk of developing an eating disorder. Incidence and prevalence rates among men have increased in recent years, suggesting that the medical profession and the public require more education in order to become fully aware of this growing problem. If society accepts the idea that eating disorders transcend the female population, then preventing, diagnosing, and treating males will be more successful in the future.