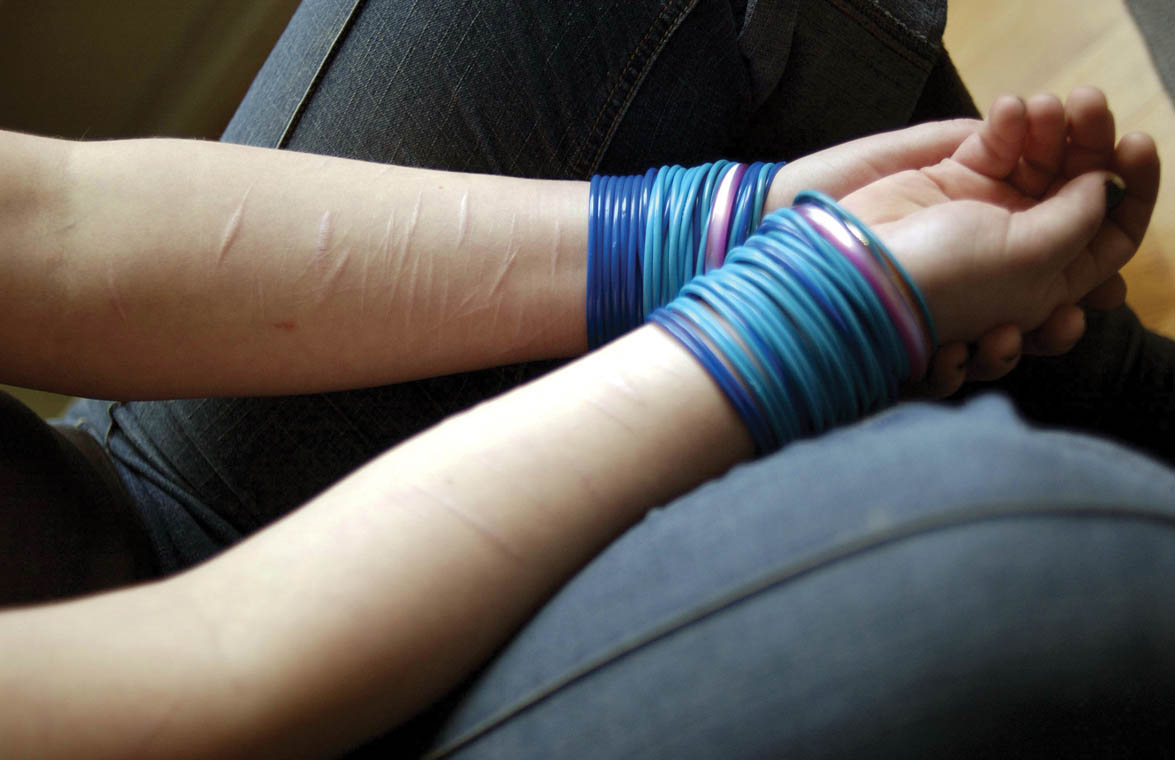 Self-harm exhibits many of the same characteristics as substance abuse and other addictive coping methods. Read on to learn about self-harm and its relation to substance abuse, as well as how to heal and recover from these dangerous habits.

Research conducted over the past decade has discovered disturbing correlations between drug abuse and deliberate self-harm. A 2009 publication of this topic identifies drug overdose as the number one method of self-harm, and other methods of self-injury such as cutting, burning, and suicide commonly occur under the influence of drugs or alcohol. In this study, 63.8% of observed subjects deliberately injured themselves after the consumption of alcohol. Patterns show that alcohol may fuel self-harm by increasing impulsivity and pain thresholds. Illicit drugs may also prompt methods of self-injury, but are primarily identified as the vehicle by which self-harm is carried out, or in other words, they are methods of self-abuse in and of themselves.

What Role do Drugs and Alcohol Play?

Director Enoch Gordis of the NIAAA explains the common co-occurrence of alcohol and self-self harm in a commentary of drinking and stress. He writes, “Drinking alcohol produces physiological stress, that is, some of the body's responses to alcohol are similar to its responses to other stressors. Yet, individuals also drink to relieve stress. Why people should engage in an activity that produces effects similar to those they are trying to relieve is a paradox that we do not yet understand. One hypothesis is that stress responses are not exclusively unpleasant; the arousal associated with stress itself may be rewarding.” It is not difficult to imagine the danger of this particular behavioral combination. The consumption of some drugs, particularly alcohol, weakens inhibitions and may lead to other stress-relieving devices, such as self-harm. People suffering from mental illness who refer to drugs for relief may enter a circular process of abuse as one method feeds into and amplifies others.

The Psychology of Self-Harm

The consumption of some drugs, particularly alcohol, weakens inhibitions and may lead to other stress-relieving devices, such as self-harm.

Self-harm exhibits many of the same characteristics as substance abuse and other addictive coping methods, and people who injure themselves do so for many of the same reasons as those who drink excessively or use drugs. Many who harm themselves are driven by mental illness such as anxiety and depression, but it can also be attributed to drug misuse and withdrawal. The most prevalent explanations for self-destructive behavior include: expressing painful emotions; asserting control over their bodies; or punishing themselves. Self-harm is normally associated with a particular “trigger,” an association or memory which leads one to hurt themselves. These can range from traumatic recollections to poor self-image. Identifying these triggers and learning to eliminate their occurrence is the first major step in overcoming self-harm.

Specialized treatment is suggested for those dealing with a patchwork of different issues, such as alcoholism paired with self-harm or drug addiction and depression. Integrated rehabilitation and dialectical therapy are two forms of treatment particularly suited for multilayered addiction. Ask a health professional or therapist which treatment would be most suitable for you. Helplines are also available for those needing immediate aid.

Recognizing your ability to help yourself is key to successful recovery. People who self-harm, particularly those experiencing embedded addictions, should seek professional help; however, recovery can be expedited by realizing and maintaining personal control. Many professionals suggest the following self-help procedures to reduce risk of recurrence: