Prevention Through Education: An Interview with the People’s Harm Reduction Alliance 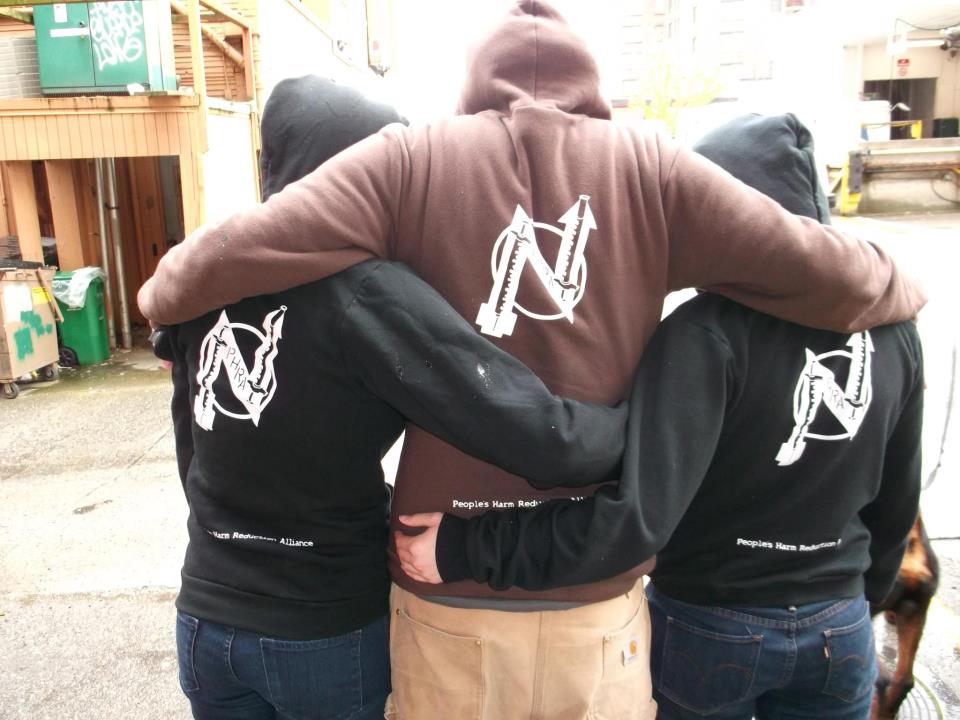 Executive Director Shilo Murphy talked to us about PHRA’s harm-reduction approach of accepting drug users' choices while offering them useful information in an effort to stop overdoses and the spread of HIV and Hepatitis C.

AllTreatment: How did PHRA get started?

Shilo Murphy: The University Needle exchange was started by a man named Bob Quinn. He was doing hospice care for HIV patients when Act Up said they were going to do a syringe exchange. He helped start the one downtown and felt like he wanted one up here, but Public Health said there were no drug users here. If you knew Bob, you never told him he can't do something, so he started walking around handing out syringes in 1989 to drug users in the U District area.

AT: How did you become involved with the needle exchange program?

SM: I’ve been here for 17 years, since 1996. I was a homeless street drug user when Bob took me in. When I wanted to get involved in my community, every non-profit laughed at me and said, "What do we need a junkie street kid for? You’ll never be anything but what you are." Bob said, "Be here from five to seven." It was the first responsible thing I had, and 17 years later I’m the executive director of PHRA.

I co-founded PHRA in 2007 along with Tom Fitzpatrick and Jeff Gorey, who both worked at the University District Needle Exchange for years. When we started, we had no money, we didn’t have a lot of service, our friends and family were dying from overdose, and people in our community were getting infected with disease. No one’s ever given the keys over to the people we serve. 51% of our board, our staff and our volunteers are ex-users or active drug users who access the needle exchange itself.

We didn’t have drug users become our organization because it was easy. We did it because who better to know what the wants and needs are of drug users, than drug users? I feel strongly that if you’re going to work with a community, you should be made up of that community.

AT: When I learned of the location of the needle exchange, I was surprised to find out that it was in an alleyway. Why there?

"We were just an underground group who said, 'People are dying in our community and we’re not going to take it any longer.'"

SM: Well, we have a site in the University District, but we also have a delivery service for the entire King county. We’ve merged with EGYHOP, a needle exchange program in Olympia. We are the biggest needle exchange by numbers of syringes going out, about three million a year, and one of the biggest by geographical area.

AT: How many needles do you ration out a day?

SM: Right now it’s only 300 per day, and that’s really because we can’t afford to do more. If we could afford to do more, we would do as many as requested. When dealing with infections, you want as many [clean needles] in the hands of drug users as possible.

AT: I read that PHRA was the first needle exchange in Washington state to give intravenous drug users access to Naloxone as part of their services offered. Can you tell me a little bit about this decision?

SM: For me, Naloxone, an opioid antagonist that counters the effects of a heroin overdose, is really important. I personally was involved in a group that, before the laws changed, handed out Narcan (one of Naloxone’s trademarked names). We were just an underground group who said, “People are dying in our community and we’re not going to take it any longer.” That group molded into PHRA when it became legal.

Last year, we gave out 1,600 vials of Narcan and 500 people reported using it. That’s 500 times that a life was saved. This year, we want to do 2,200-2,400. That sounds impressive, but we’re not going to make a lot of headway until we’ve had 10 to 15 years of this. Until everyone and their mother has Narcan in their pocket and has been trained to use it. In the Bay area, where they’ve had many years of Narcan, they have significantly less overdoses because of it.

AT: According to the most recent drug reports, heroin use is on the rise in Washington state and the US in general. Have you seen an increase of people coming in and exchanging needles?

"20% of our needle exchange comes from the student body of the University District. We’re not here by accident."

SM: I’ve seen an increase in youth. The reason is pretty obvious. They changed the OxyContin formula so when you inject it, Narcan gets released, giving the opposite effect. It’s fair that the pharmaceutical company doesn’t want people injecting, but now they’ve produced thousands upon thousands of young heroin injectors. 20% of our needle exchange comes from the student body of the University District. We’re not here by accident. Our low times are summers and breaks.

AT: These reports also show an increase in women who abuse heroin. I’ve noticed that Tuesday is Woman’s day at PHRA — does this fact play into having a day for women, or what are the reasons for this separation?

SM: Well, this may shock you, but we are incredibly sexist as a society. We’ve had many women who come in with abscesses because their boyfriends would hit them or they’d feel they were being used. So we decided a few things. One, everyone who comes in has to speak on their own behalf. Also, the table on that day will be entirely staffed by women and when we do groups of trainings, they will only be for women by women. Anyone can come and get services, but when we do support and education meetings on that day, they are just for women.

AT: The American Medical Association endorses needle exchanges; however, I’ve heard it is hard to receive funding. Where does the majority of PHRA’s money come from?

SM: There is a federal ban on syringe exchange funding, so the majority of our funding comes from direct donations. Anyone can donate on our website simply by clicking the donate button or buying one of our shirts. Every year we print two new shirts that are collector’s items.

"If you are a drug user and you tell your friends and family that you’re a drug user, you’re shunned, you’re told you’re evil and subhuman. That doesn’t get you to change your behaviors; instead, it hurts you and isolates you."

AT: Some people believe that all drugs should be legalized, and that would in turn lower the rate of drug addictions. What are your thoughts on this?

SM: I think we’d have the same amount of drug users, we’d just have more drug users who survive. Roughly half of the country has admitted to using an illegal substance. So even with the “No” campaign and trillions of dollars invested in the War on Drugs, half of the population is still willing to try drugs. Let’s be honest, the vast majority of these drug users are people who try a drug once or use only on the weekends or at a party. We can’t condemn every person who uses as evil and wrong and destined towards addiction.

AT: Is there anything else you’d like to add?

AT: Thank you, Shilo.