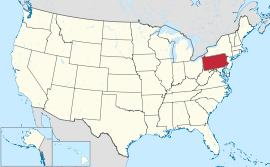 Currently, Pennsylvania is experiencing the fourteenth highest mortality rate due to drug overdoses in the entire nation. For every one hundred thousand people in Pennsylvania, fifteen of them suffer from drug overdose…and die as a result.

In other words, Philadelphia has become a major drug distribution center; one of the largest in the whole United States. However, many of the drugs that are distributed through the city are not intended to be kept in the city, nor are some of them even meant to stay in the state of Pennsylvania. Many of the drugs that are distributed in the city are sent to other Commonwealth cities such as Pittsburg and Reading, but they are also sent to other mid-Atlantic cities and the Midwestern states that are next to the Great Lake. Pittsburg is the second largest city in Pennsylvania, but it’s considerably smaller when compared to other cities in the United States. Drug distribution and sales are also high in Pittsburg, but still pale in comparison to Philadelphia. This is because most of the drugs that are distributed in Pittsburg stay in Pittsburg and are only used by drug addicts there; whereas Philadelphia is a major drug distribution center with the drugs being sent to other cities even outside of the state.

If Pennsylvania is serious about ending its drug problem, lowering drug distribution in Philadelphia would be a major blow to the drug trade and a huge victory for the state, though still work would have to be done afterwards. Drugs primarily enter Pennsylvania through commercial trucks, buses, and rental vehicles. The point is that roads are the main route of transportation for drugs in Pennsylvania, so a good starting point for law enforcement and the DEA would be to search for drugs on the roads before they reach Philadelphia. This would put pressure on the drug cartels and distributors by forcing them to find alternative, more difficult ways to sneak drugs into the city.

But even though roads on land are the biggest route for drugs to enter the state, it is not the only one. There are ports in the cities of Philadelphia, Erie and Pittsburg, that facilitate many commodities into the state of Pennsylvania, but as you may have guessed, this only provides yet another route for drug cartels and dealers to sneak drugs into the city. There are more than forty cargo handling facilities in Philadelphia and Camden alone, and these are located on the upper Delaware river in the metropolitan area of Philadelphia. It is the busiest port in Pennsylvania and the second largest in the whole Northeast region after New York City. Eight percent of the commodities brought through the port are crude oil, but no doubt, some of what is being shipped is cocaine and drugs, the two most common drugs in the Commonwealth of Pennsylvania.

Shipping in drugs via Lake Erie is another route for drug cartels to utilize if law enforcement puts up effective pressure on the Philadelphia ports and the roads, but a risk drug dealers in Lake Erie have to take is that smugglers have to move in drugs via pleasure craft and air drops. This exposes drug dealers who ship drugs from Canada to the U.S to law enforcement, making this a risky choice for drug dealers. The drug of choice that is shipped through these areas is marijuana.