My Son Is Addicted to Heroin – 1 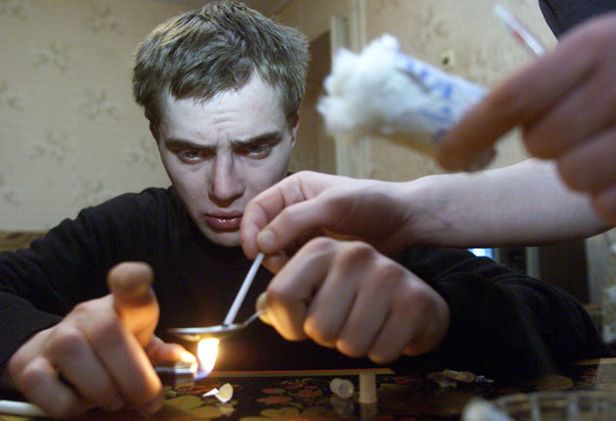 This interview was conducted by AllTreatment.com over email, with a parent who's son has been addicted to heroin. This is a part of a series of interviews and articles conducted and written by AllTreatment that strive to give perspectives of several different people that have one way or another been affected by heroin addiction. The following interview is uncensored from the original email.

How old was your son when you noticed his beginning activities? And what do you think his experimentation was a product of? Friends, school, rebellion, etc.

My son first experimented with drugs when he was 15 years old, at that time he was caught drinking and smoking weed. I told myself "all teens do this, its not that big of a deal". Two years later, at the age of 17 he used heroin (intravenously) and immediately became addicted, it often takes only one time and then your life becomes "chasing the high" This is what happened to him.

I believe that in his case, it was a combination of things that led to his drug use. He had been suffering from depression and anxiety that I tried to get him help for but it was too little too late. It was also the influence of some older people he was hanging out (early 20's). They offered it and he didn't hesitate because he "trusted" them. It DOES matter who your teens hang out with, but looks can be deceiving. The young couple that befriended my son bad jobs, went to college and were clean cut, polite young adults. But even if I had known, its almost impossible to monitor who your child associates with.

Today at age 19 my son has been hospitalized twice, had one attempted suicide, been through rehab unsuccessfully, withdrawn from heroin three times (this is truly hellish) and been in jail for up to 90 days three times. He is currently in a drug appointed 90 day rehab program and is doing well.

How has his drug usage effected your family and household?

His drug use has affected our family in many ways. I am a single mom and he is my only child, we've always been very close. During the drug use he would steal from me, lie to me and take my my car. I had to learn to hide everything of value and sleep with my car keys. "Sleep" is a relative term for the parent of an addict, I usually lied in bed either listening for him to sneak our, or waiting for him to come home. Many nights I thought he may be dead. Sometimes I would drive around looking for him in desperation. The drug addict living in my son's body is not the same child I raised, he's like a different person that I don't know. Now that he has 114 days clean, I see my son again and its almost like seeing the newborn in my arms 19 years ago – his eyes are clear, he has a look of hope, but is still a bit unsure about the world around him.

“The drug addict living in my son's body is not the same child I raised, he's like a different person that I don't know.”

He will be moving back into my home in two months and at that time I will trust him with caution. I will still hide my car keys and money just to be on the safe side. Because he is on probation there are certain restrictions he needs to follow (curfew, etc), I am grateful for that. Only time will tell when I can let my guard down again but for now I am cautiously optimistic about his recovery.

In his case it took incarceration to get him on the right track. I remember when the thought of him being in jail horrified me, but when it happened I discovered I was thankful to know where he was and that he was relatively safe. It also forced him to get enough clean time to think clearly again. It was evident to our court system that he was an addict, not a criminal, so they put him in a special program and he was diagnosed with bi-polar, which is very common among addicts, its called "Dual Diagnosis". I believe that one of the reasons my son started doing drugs in the first place was to medicate himself from the depression and anxiety he was experiencing. Its very important to take your child's depression/anxiety seriously, it they don't receive proper medical care they may choose to take matters into their own hands, I've seen it happen to many people.

If there was one thing you could tell other parents helping their sons and daughters through this time of hardship, what would it be and why?

I would say to all parents, never assume your child is "too smart to try drugs" or too moral, or too afraid. I had talked openly about drug use with my boy and he swore to me he thought it was "stupid" and would never try it. If you find yourself being suspicious, follow your instincts and don't fell like you are invading your child's privacy to ask to search their room or demand them to take a drug test – you could be saving their life in the long run. Its better to have your child mad at you than to see him/her lying on a bed passed out with a needle in their arm. Don't learn this the hard way like I did.

To parents who already know their child is using drugs, please assume the worst. Assume the problem will continue to grow if it is not stopped now. There is no innocent drug use these days. The drugs available to our teens is dangerous and life threatening. My suggestion is to learn all you can, there are many great sites that have all the information you need. Al-Anon is not for everyone, but its helped thousands learn how to cope with an addicted loved one (no matter what the addiction may be). Most importantly, learn about denial and enabling. These two things are completely detrimental to your child's chance of surviving and recovering drug addiction. Get support for yourself! You have to take care of yourself during this time, its is not selfish its mandatory! There is no reason to go through this alone, there is a wonderful community of Bloggers, support groups, etc. full of people who've been there or are there. I have learned more from other parents than any other resource available. One final thought, learn all you can about the disease of addiction so that you can understand what your child is going through! This is not a matter of "choice" for them once they become addicted, its very important to know what they are going through, especially with a physically addictive drug (heroin, opiates). Educate yourself, support your child with love, don't enable and please come out of denial and face that truth, the sooner the better. If I could turn the clock back a few years I may have been able to steer my son in a different direction, since that's not possible I share my experience with other parents in hopes that it will help them avoid the pain and anguish so many parents endure when their child is an addict.