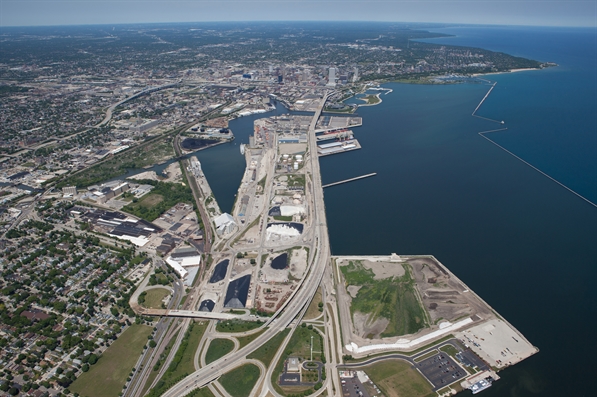 With its population of 950,000, Milwaukee, Wisconsin, is the seventeenth largest city in the United States. Due to its high population and major highway system, as well as gang and drug distribution organizations, it is one of the cities at high risk for drug abuse.

This increase in drug abuse has caused Milwaukee to suffer from hundreds of fatalities due to drug overdoses. Most users are high school students and young adults in their early twenties. In the 2011-2012 school year, Milwaukee schools saw 728 drug-related incidents among high school students. Already in early 2016, Milwaukee has seen almost 200 drug-related deaths and hospitalizations. According to the National Drug Intelligence Center, drug use in Milwaukee primarily consists of the abuse of marijuana and cocaine. However, other drugs like heroin, methamphetamine, and non-prescribed pain relievers are still abused throughout the city, and new drugs like Fentanyl pose new threats to Milwaukee.

Possession of marijuana totals to over half of drug-related arrests in Milwaukee. From 2011-2012, marijuana was most commonly used by people ages 18-25; 18% of people these ages were found to be using marijuana. 8% of people ages 12-17 were also found to be using the drug. Recent legalization of the drug in other states has contributed to this increase. Though security has been tightened, the legalization of marijuana in these states has made it simpler for drug trafficking organizations and other distributors to transport marijuana into Milwaukee. Though marijuana is still used by high school students and young adults, other drugs continue to surface throughout Milwaukee.

In recent years, inhalants have become more popular among high school students. The lifetime use of inhalants remains much higher than that of cocaine or marijuana. According to the Wisconsin Department of Health Services, 8% of high school students in 2011 were lifetime inhalant users, which dropped to 6% in 2012. Lifetime use of cocaine also dropped to 4% in 2013, and this number continues to decrease.

Cocaine has remained one of the less-abused drugs in Milwaukee, unlike heroin. However, heroin has also decreased in its amount of high school users; in 2011, only 1% of high school students were found to be using heroin over their lifetime. However, deaths caused by heroin have been increasing drastically. In 2014, 119 people died of causes related to heroin. The next year, more deaths were caused by heroin than by cocaine or other drugs. The number of deaths related to heroin increased by 72% in 2016.

The use of methamphetamines, though abused by 10% of high school students in the early 2000s, dropped to only 2% as of 2011. This large decrease can be attributed to measures taken by schools and health programs to reduce the amount of drug abusers. However, use of non-prescribed pain relievers only recently decreased from 5% to 4%. As these numbers suggest, deaths and overdoses due to non-prescribed medication are still common throughout Milwaukee. More concerning is the new drug Fentanyl, which is almost one hundred times more powerful than heroin. In 2015, 18 deaths were documented due to this drug, and the numbers continue to increase in 2016.

While it seems that the majority of these statistics show a decrease in drug abuse, the amount of people actually abusing these drugs is still extremely high due to the large population of Milwaukee. Abuse of these drugs among high school students and young adults has not only resulted in deaths and hospitalizations, but also in an increase in arrests for possession of drugs, operating under the influence, and other crimes. Arrest rates in Milwaukee support these statistics; arrests due to operating a vehicle under the influence of any drug or alcohol rose from 379 arrests in 2011 to 453 arrests in 2012. Crime rates also show an increase in arrests due to possession of drugs. In 2011, there were 735 arrests (per 100,000 people) related to drug abuse or possession, while statistics from 2012 show that this number increased to 741 arrests.

Other kinds of crimes (including disorderly conduct arrests) continue to rise as well, some of which can be attributed to drug and alcohol use. These statistics, combined with the 4,271 hospitalizations due to drug abuse in 2011, leave no doubt that drug abuse in Milwaukee has become a major crisis. As these statistics exhibit, drug abuse of marijuana and cocaine has already become an enormous problem in Milwaukee. If measures are not taken to prevent drug abuse, deaths and hospitalizations due to heroin, methamphetamine, and non-prescribed pain relievers, including Fentanyl, will continue to spiral out of control.