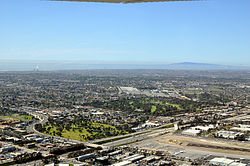 The city of Mesa is home to some 464,704 people. The city also lies in the great state of Arizona, which happens to be the state which had the 6th highest overdose rate in 2010. In that year, the rate of deaths by drug overdose surpassed that of people who died in car crashes and stood at 17.5 deaths per every 100,000 people.

Class 4 felonies generally carry a punishable jail sentence of between 1 and 3.75 years. Probation of up to 1 year in prison is another potential punishment under a class four felony.

The top six abused substances in Mesa in no order are:

Heroin addiction in Mesa is at an all-time high, with heroin being one of the choice drugs for most drug addicts. The white powder when purchased from the street often sells under the names, China White, H, smack or dope. Heroin can go for $15 to $20 for one dose (0.1g). It might not sound like much, but a hard-core addict can spend up to $200 just to support their addiction weekly.

Injecting, smoking and or snorting are the most common ways of taking the substance with a ‘rush’ being felt within the first ten seconds of use.

Teenagers find that the easiest drugs to get their hands on are prescription drugs, which can be found right at home. For the 8% of adolescents ages 12 to 17 who experiment with prescription drugs for nonmedical reasons in Mesa, their major drugs of choice were Valium, OxyCodone, Percocet, Ativan and Ritalin, although many were also not sure of what they were taking. Many of these drugs can be taken orally, although some addicts prefer to crush and snort the drugs for a faster response and more intense experience.

The fact that prescription drugs are perceived as harmless is one of the very real dangers of drug overdose in Mesa. What often makes prescription drug use more lethal is the combination of drugs and alcohol. 44% of adolescents in Arizona have already started drinking, even though they are below the legal drinking limit.

Marijuana, aka Mary Jane, weed, ganja, pot, bud or grass on the streets of Mesa is not a new substance. This is one of America’s more basic drugs and is seen as a staple for all drug users. Drug addicts in the city, like elsewhere, inhale marijuana’s smoke. One can also ingest the substance, but it takes longer to get ‘high’ hence this isn’t a popular method. A quarter of high quality marijuana sells for $90 in Mesa.

Cocaine and its sister crack cocaine are wreaking havoc on the streets of Mesa. The white powder or its sister version, the rock-like structure affectionately known as crack-cocaine, are two incredibly problematic drugs for local law enforcement. Being bought and sold under different names from flake, blow, rock, coke, yayo and dust, keeping tabs on the drug has proved to be difficult. Its pathway into the country is known, but how the drug is transported from the Mexican border to Mesa remains a mystery, although there are strong leads on drug cartels in the city.

The top four drugs seized by the police and taken to the National Forensic Laboratory Information System from Mesa and the rest of the Maricopa County in 2012 were cannabis, meth, cocaine and heroin. The prescription opioid, oxycodone came in at number 5 on the most common drug identified among seized drugs. The number of ecstasy samples that were seized was less in 2012 compared to previous years.

On a brighter note, HIV/AIDS transmitted through the sharing of needles by drug addicts has been steadily decreasing in the last few years. This has shown public health specialists that the policies they have put in place and are implementing are working.