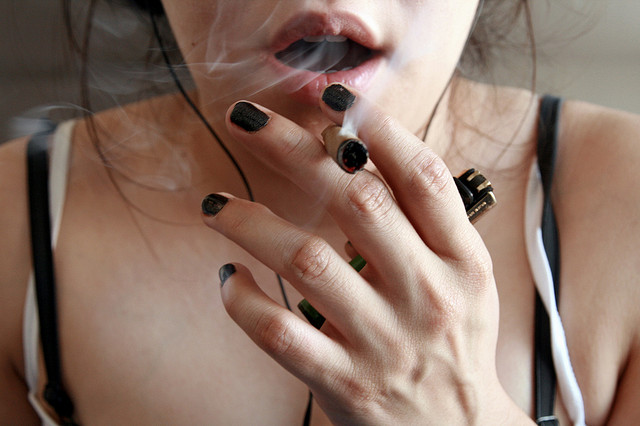 Enter the comical stoners on the big screen, and the audience titters. From Cheech and Chong's dim-witted adventures to Brad Pitt's wall-bumping character in True Romance, the chronic marijuana abuser is considered a harmless caricature of bumbling rebelliousness. But translate this behavior into real life, and marijuana dependency is no longer a laughing matter.

Like any other compulsion such as gambling and over-spending, marijuana, while not physically addictive, can be emotionally and psychologically addictive. And like any other drug, the marijuana abuser may find their tolerance to the drug increasing, requiring them to use more and more to achieve the same high.

When it comes to compromised health, the abuser is at risk in spades: habitual marijuana users face such illnesses as chronic bronchitis and lung cancer. Chronic users can also experience permanent memory loss, poor motor skills, lack of dexterity, and decreased reaction time, making performing activities of daily living, such as driving or balancing a checkbook, difficult to achieve. But perhaps the most concerning effect of marijuana dependency is how it affects a user's interpersonal relationships and life goals.

Marijuana abuse is a toll-taker when it comes to splintering even the closest of relationships. Friends and family of the chronic marijuana user only see the side of their loved one that is perpetually high — not the person who is capable of coherent, rational thought. The marijuana abuser relates to others through a distant haze. Those who are looking through the clear side of the glass, on the other hand, regard the user as someone who is not to be taken seriously.

Marijuana abusers isolate themselves from the rest of humanity, avoiding work, social, and family functions simply because no one else is getting high. They feel paranoid around people who are nonusers and gravitate toward those who are. A marijuana abuser bases his or her friendships on one qualification: whether the other person is a marijuana user.

The Sky's Not the Limit

A marijuana abuser might be a perfectly bright, well-educated individual with the promise of a great career in their field of study. However, they might avoid applying for that plum job if it means undergoing a drug screening. Also, marijuana dependency can cause frequent absenteeism, making it difficult for an abuser to maintain a good track record on the job.

Whether or not you agree with the politics behind keeping marijuana illegal, the fact remains that possession of a small amount is still at least a misdemeanor offense in most states. A possession charge might not cost too much in terms of dollars paid to the bail bondsman; however, a possession charge can potentially mean losing one's job, driver's license, or even the custody of one's children.

Public opinion and laws regarding marijuana use are shifting. In these changing times, it is important to remember that when marijuana use becomes problematic — when jobs are lost, friends drift away and marriages are destroyed — there's no woulda, shoulda, coulda about it. Marijuana abuse is a serious matter, and like alcoholism and other drug dependencies, it should be treated by a mental health professional.