In Memoriam: “Live Through This” Reminds Seattle That It’s Getting Better 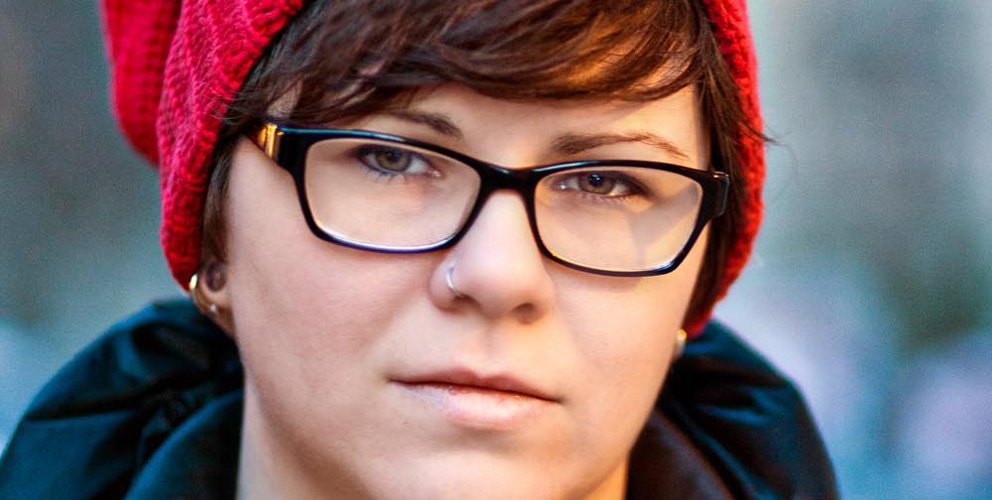 We Seattleites have all heard wisecracks about our city while on vacation (What does daylight saving time mean in Seattle? An extra hour of rain!), been asked endless questions about the weather (Does it snow during Christmas?), and bombarded with statistics of rainy days and suicide rates (Did you know Seattle is the second most depressed city? It has over 200 days of cloudy weather!). Yes, it seems we are a staple of all things melancholy, but there was a time when our suicide rate was not laughing matter. Washington has a long and sordid history of depression. Although it seems the dark days of 1995 are far behind us, New York’s “Live Through This” suicide exhibit is reminding us of those who did not make the journey.

Fighting Suicide and Depression Through Art

“Live Through This” is a collection of portraits and stories of suicide attempt survivors, as told by those survivors. Brooklyn-based photographer Dese'Rae Stage, who tried to take her own life seven years ago, began the project in 2011. "I'm convinced that the simple act of getting people to talk about it will save lives," she writes. "It's a serious public health issue, and one we can do something about if we can just set our fears aside."

Several suicide prevention programs have arisen in Seattle since the infamous Aurora Bridge was named the second deadliest "suicide bridge" in the United States. Claiming more than 625 lives since its resurrection, the Aurora Bridge was finally fitted with safety barriers in 2011, thanks in large part to Seattle Friends. Despite these efforts, this year has already seen some bone-chilling deaths, most notably rapper Freddy E’s highly publicized suicide in January and the death of an Issaquah High School Sophomore only a short month ago.

There has been a dramatic decrease in the past 20 years; however, statistics still show that Washington’s suicide rate is above the national average. Furthermore, data from the Washington State Department of Health confirms that suicide is the second leading cause of death for residents ages 10-24. WSDH has been trying to educate the public on self-harm over the past five years by pinpointing several warning signs for friends and family to watch out for. Among these signs: increased alcohol and/or other drug use, a preoccupation with death, and a previous suicide attempt. These facts are nothing new; in fact, they are quite logical for anyone who is alert.

“Live Through This” is a more humanizing approach to addressing suicide. By giving voices to the voiceless, Dese’Rae is fighting the stigma that surrounds suicide. The 200 survivors lining up to tell their stories are evidence that she is doing something right. "Everyone feels like they have to walk on eggshells," says Stage. "We’re not that fragile. We have to figure out how to talk about it, rather than avoiding it."

Stage’s project is much like the It Gets Better Project started by Seattle’s own Dan Savage. After a staggering number of suicides among gay teens across the nation, including Washington middle schooler Rafael Morelos, Dan Savage and his partner, Terry Miller, took to YouTube in order to reach the millions of queer youth bullied to the edge of suicide. Since it started 2010, It Gets Better has swept the nation and is making strides in raising awareness every day. From the seemingly hairbrained outings of both Dumbledore and the Green Lantern, to gender neutral bathrooms for transgender high school students, IGBP is an example of the power of raising awareness.

Stage’s “Live Though This” is the second domino to fall in what will likely be a long line of little victories.