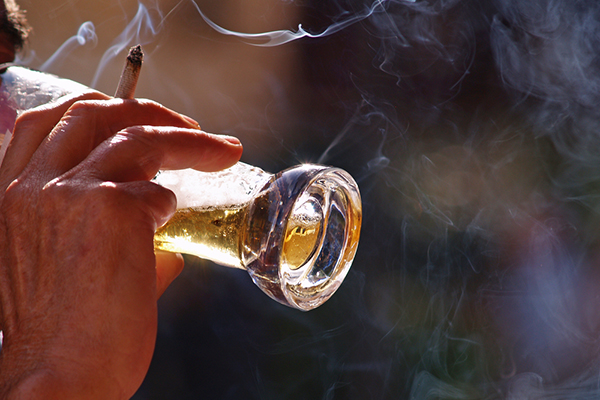 A couple of years ago we talked to Dirk Hanson, blogger and author of the book The Chemical Carousel, about marijuana withdrawal. Now, Dirk has kindly returned to talk about addiction in general, its genetic factors, and attitudes towards the addiction and recovery process.

AllTreatment: Tell us a little bit about yourself.

Dirk Hanson: I’m a journalist specializing in neuroscience, drugs, and addiction. I write the Addiction Inbox blog, and I’m senior contributing editor at the online addiction and recovery magazine, The Fix. I published a book on addiction in 2009, and I freelance. I recently did an article on male-female differences in alcohol metabolism for Scientific American online. But my educational background is strictly liberal arts. I took a job with a trade newspaper in San Francisco back in the 70s, covering this interesting little place called Silicon Valley. And the next thing I knew, I was hip-deep in solid-state physics. I end up writing a book about the invention of the computer on a chip, and then moved to rural Minnesota. Somewhere along the way, my interests migrated from machine intelligence to the human brain. From a reporter’s perspective, I changed beats, from artificial intelligence and computers to brain science and neurotransmitters.

AT: How did you become interested in addiction and substance abuse, and why did you want to start a blog about it?

DH: What got me there was being an active alcoholic for many years, along with various forays into other addictive drugs, by no means excluding nicotine. When I got out from under that, I felt like the only thing that had saved me was my firm realization that the problem I was having had a strong biological component—that it was, in fact, a medical disorder. A pharmacogenetic disease. A genetic affliction. And allergy of mind and body, to steal a phrase. That insight changed everything for me. I dove into the research, the current thinking on the disease model of addiction, I wrote a draft of a book on the subject, for interested laypeople, but my agent had absolutely no luck finding a publisher. This was several years ago, and all the book people wanted to hear about were drug confessionals. I had worked for newspapers and magazines and written two previous books, and luckily I had started a modest blog about four years ago as a landing site on the Internet for discussion of the book, just the odd post about biochemical aspects of addiction, mostly press release rewrites, sort of a holding pattern, because I didn’t really know anything about blogging.

AT: You released that book, The Chemical Carousel, in 2009. Could you tell us a bit more about it?

DH: I ended up self-publishing with Amazon under their BookSurge imprint. The Chemical Carousel tells the story of scientific and medical research on addiction. It’s basically an extended argument on behalf of the disease model of addiction. It seemed to me that after a century or more of essentially Freudian theories about addiction and recovery, it was really time to get back to basics, and look at the science of it. And of course, all this coincided with the revolution in neuroscience, and our whole understanding of the brain changing due to insights about synaptic neurotransmission, and the role played by serotonin, dopamine, and other chemicals in the brain. I interviewed dozens of key researchers and decided to focus from a treatment perspective on pharmacological approaches—fighting fire with fire. If addiction is a medical disorder, there is no reason not to pursue medications that might help alleviate the condition. That doesn’t mean there aren’t social and environmental and cultural components to it. The same with diabetes, or heart disease, for that matter. I concentrate on explaining brain function and particularly the function of reward systems. Addictive drugs have played a crucial role in our understanding of many brain functions—reward, learning, memory, and various cognitive behaviors.

AT: Do you think society has a skewed vision when it comes to attitudes about addictions and treatments? Do you see this changing at all?

DH: It seems like we’re always struggling to emerge from the Dark Ages when it comes to addiction. The majority historical view has always been moralistic, punitive, and unforgiving. Although that has been watered down some by the trend toward celebrities using rehab facilities as hideouts, or just for a vacation, I guess. If you think addiction is a voluntary condition brought on by moral sloth, lack of will power, hedonism, or advertising, then your attitude toward addicts will be condemnatory rather than supportive. We’ve jailed addicts for centuries, taken away their rights, their children, their dignity—for what? Certainly not to make them better. Even today, most treatment is ineffective. As Susan Sontag has written: “Psychological theories of illness are a powerful means of placing the blame on the ill. Patients who are instructed that they have, unwittingly, caused their disease are also being made to feel that they have deserved it.”

We certainly know enough now to legitimately view addiction as a medical disorder of the nervous system, a form of disease triggered by an acute vulnerability to the effects of a certain class of drugs. Going for addiction treatment should be like going in for diabetes treatment—there shouldn’t be a stigma, a sense of shame associated with it. Addicts already feel ashamed, because of bad behaviors and bad choices made while under the influence. I’m optimistic, if only because the sheer weight of the research makes it harder and harder for denialists to insist that addiction is a lifestyle choice.

AT: How have your own attitudes changed since you began researching addictions and substance abuse?

DH: I’m more comfortable with a lot of the ideas underpinning the harm reduction movement, for one thing. Originally, I became interested in harm reduction because its advocates were highlighting the folly of prison terms over treatment for drug addicts—a sentiment with which I wholeheartedly agree. Also, the various harm reduction organizations worldwide were fastened onto the issue of clean needle exchanges as a means of reducing HIV transmission—another approach I heartily support. Harm reduction, at the core, has always been about reducing the number of deaths by drug overdose. But lately, it seems to me that activists in the harm reduction movement have been leaning hard on the notion that abstinence is a bunch of nonsense. A few months ago, on Denise Krochta’s excellent podcast, Addicted to Addicts, I suggested that part of the argument over abstinence vs. controlled drinking stemmed from a confused bundling of “problem drinkers” and “alcoholics.” This has helped some extreme harm reductionists center the battle precisely where the definitions are fuzziest: at the point on the spectrum where “problem drinking” becomes “alcoholism.” Nonetheless, by focusing on this imprecise edge, harm reductionists make a legitimate point: Culture and environment are major influences on the course of heavy drinking.

AT: How much does biology play a part in addiction as opposed to environment?

DH: I think addiction shows a strong genetic component, but a lot of people react negatively to that concept. Genes are about risk, not about destiny. What’s inherited is a tendency, a propensity. It’s not ordained. In the most recent population study of addicts and non-addicted siblings, published in Science (Feb. 3 2012), the researchers looked at the early lives of sibling pairs, and found pretty much the same risk factors for both kids: both the addicts and their siblings had seen roughly equal amounts of trauma in childhood. “We really looked at their childhoods,” said Karen Ersche, lead author of the study and group leader for human addiction research at the University of Cambridge in England, quoted at Time Healthland. “There was a lot of domestic violence, there was sexual abuse — but both [groups] had that.”

Sorting out this chicken-egg problem is a major headache, but addicts often feel like outsiders from an early age, and many of them sense that something is not quite right with them long before they ever take a drink or a drug. As for nature/nurture, I’m willing to put the odds of that mix at 60/40 for addiction, which is a good deal less genetically loaded than my estimates used to be. The growing research field of epigenetics has brought the two views closer together, by demonstrating that a person’s DNA can in some cases be modified, and genes turned off and on, by environmental impacts.

AT: For those struggling through an addiction, what advice can you give them?

DH: There’s never been a better time to be an addict in search of a treatment that will put the condition in abeyance. It’s always hard, and there’s still too much stigma, but there is a strong network of non-practicing addicts that you can find and lean on for support these days. Musician Mike Doughty, formerly of Soul Coughing, told me something in an interview for Addiction Inbox that I think is a fairly common experience for addicts after detox: “If I’m really messed up about something emotionally, talk therapy has the most immediate effect. Just being in touch with dudes from the rooms, a sponsor, friends, I’m on a gratitude list with a bunch of guys, we email each other every day—that stuff is a lot more effective in the short term.”

Thank you, Dirk, for sharing your insight and opinions with us. To hear Dirk’s interview with Addicted to Addicts, click here.