How to Quit Heroin 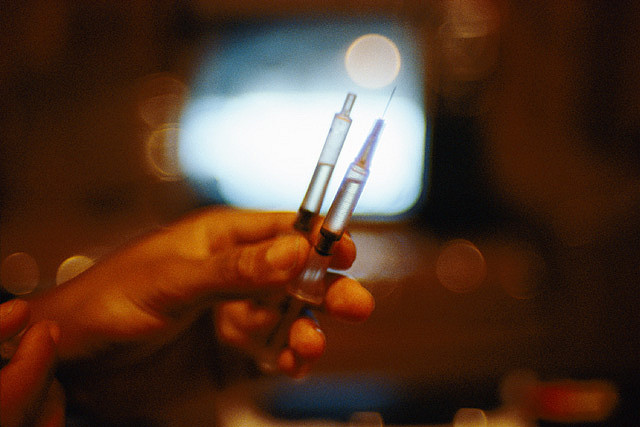 Heroin is one of the most addictive and dangerous substances in the world. Luckily, with the help of a heroin rehab center, recovery is an attainable reality.

Heroin is a chemical depressant, meaning it suppresses the function of the nervous system. Heroin produces sedation, muscle relaxation, respratory depression, pain relief, and, if administerd through intravaneous injection, feelings of euphoria. It is derived from the morphine alkaloid in opium poppies. Users take heroin by injecting it in their veins with a syringe, "freebasing" it by smoking the white powder, or snorting it, a method by which the heroin absorbed through the thin tissue in the sinus cavity.

Signs of Heroin Use

Heroin users and addicts show distinct signs when under the influence of heroin, the most obvious being:

If a loved one is showing signs of heroin use, please contact a heroin rehab center immediately for help. Learning how to quit heroin is important, but what is more important is the safety of an individual plagued with this destructive physical addiction.

Heroin use is physically destructive and addictive. Heroin users injecting heroin intravenously can suffer from:

All heroin users can suffer from:

It is almost impossible to quit heroin cold turkey, with withdrawal symptoms causing serious and extreme pain to the individual, severely debilitating them for 3 to 7 days. A user dedicated to quitting must be prepared for these physical maladies. Opiate withdrawal is rarely fatal, but with proper medical rehab center treatment, withdrawal can be safe, eased with the proper administration of treatment drugs.

A heroin user should visit a doctor and recovery specialist immediately for a proper and safe recovery procedure.

Buprenorphine and the sublingual (pill version) of the drug named Suboxone are both used for opiod addiction treatment. Like heroin, buprenorphine is a depressant binding to opioid receptors in the brain. Unlike heroin, buprenorphine does not produce euphoria or the other desired effects of heroin use. As such, it is often used for immediate short-term withdrawal management while a patient is suffering from the serious phsyical withdrawals associated with quitting heroin.

Methadone is an older and more commonly used chemical to treat opiate addiction and physical dependence. It also stabalizes withdrawal symptoms in heroin addicts by affecting opiod receptors in the brain in a similar manner as heroin, without producing the same intoxicating effects.

Both methadone and buprenorphine help users abstain from relapse by greatly reducing the physical craving for heroin and opiods without producing the same mind-altering effects of inebration.

Heroin addicition can be deadly. Learning how to quit heroin is the first step toward a path of sobriety and a healthier life. It is not advised to undergo self-treatment because heroin withdrawal is extremely painful and can be dangerous, especially if the user must endure it alone. AllTreatment strongly recommends for heroin addicts to visit a heroin rehab center. For more information, you can contact a heroin rehab center from our directory.