A Florida Study Examines the Hazards of Synthetic Marijuana 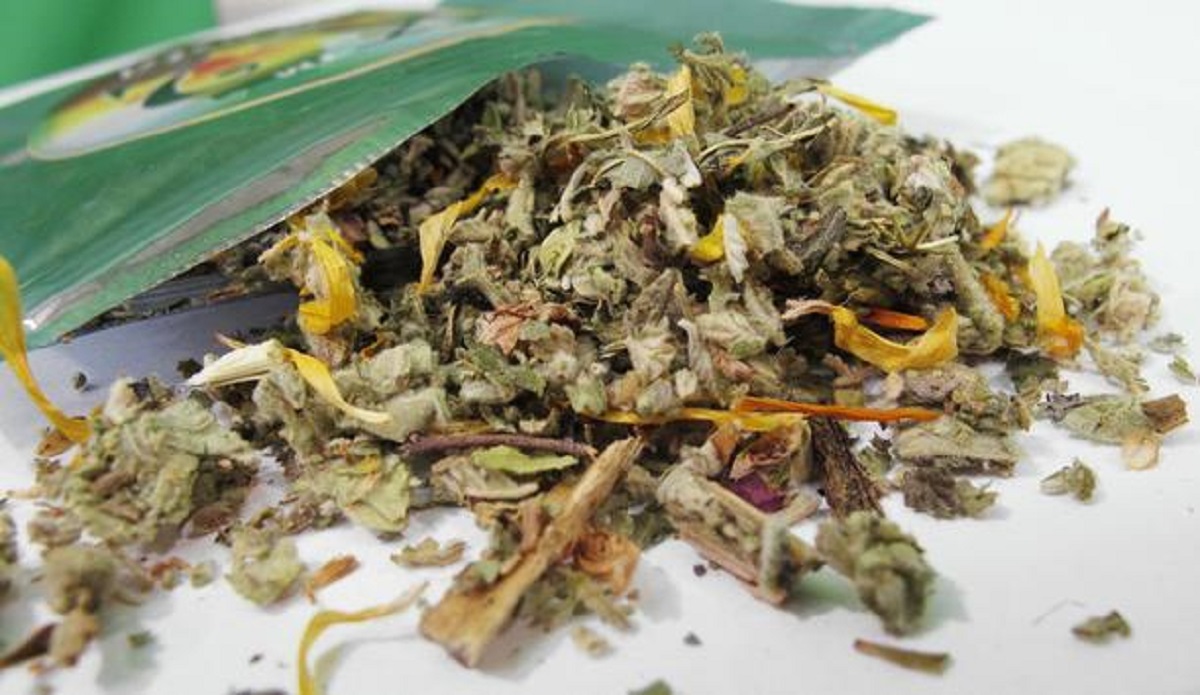 Synthetic marijuana may finally be illegal, but it can still be found behind the counter at gas stations and convenience stores, labeled under innocent-sounding names like K2, Spice and Mr. Nice Guy. Although the banned substances supposedly mimic the effects of pot, recent studies have proved that these chemically-altered herbs can cause deadly effects unlike any recorded from marijuana. In particular, the state of Florida has seen its fair share of adverse incidents in relation to young adults intake of these under-researched drugs. Now, a recent study has provided proof of the growing list of health risks associated with synthetic marijuana.

Origination and Distribution of Synthetic Cannabis

Synthesized by Clemson professor Dr. John Huffman in the 80s, synthetic cannabis was developed in a laboratory to assist in the research of AIDS, multiple sclerosis and chemotherapy. A 1984 study funded by the National Institute on Drug Abuse resulted in 450 synthetic cannabinoid compounds, says The Daily Beast. Not one of them was deemed safe for human consumption, a disclaimer that is often printed on the packaging to this day. However, two decades later in December 2008, the first synthetic cannabinoid-laced plant materials were found in a shipment of Spice in Dayton, Ohio.

Subsequently, around 2009, distribution of these chemically altered herbs expanded to head shops and gas stations. According to the 2012 Monitoring the Future survey of youth drug-use trends, one in nine 12th graders in America reported using synthetic cannabinoids in the past year, the same rate as in 2011. This puts synthetic cannabis products at the second most used illicit drug among high school seniors, second only to marijuana itself.

What Makes Spice So Popular?

Several factors contribute to synthetic marijuana’s appeal amongst youth. Easy access and lack of research, causing a misperception of its ingredients and its effects, have a huge impact. For example, it’s wrongly believed that these products are natural and are just like marijuana, except with a stronger, more unpredictable high. In truth, the contents found in these small packets are dried herbs that may resemble marijuana, but unlike the earth-grown herb, their chemical additives can cause seizures, hallucinations, convulsions, brain damage and even death.

“When you think about what it can do to the heart, what it can do to the blood pressure as well as cause seizures then you can kind of figure out that yes maybe this is something that could be fatal to people,” Dr. Bill Frohna, chairman of emergency medicine of Medstar Washington Hospital Center told Fox News.

Another tempting trait of these designer products is the fact that they cannot be detected by urine drug tests.

While the labeling “not for human consumption” doesn’t seem to be enough to deter users looking for an intense, cheap high, what’s truly frightening about these drugs is the lack of research despite the amount of death-related incidents.

Between 2011 and 2012, the number of synthetic cannabinoids and bath salt stimulants detected by South Florida crime labs increased by 20-fold, Jim Hall, epidemiologist at the Center for Applied Research on Substance Use and Health Disparities at Nova Southeastern University, told The Huffington Post. The DEA reports that the number of calls to poison centers related to synthetic drugs increased from around 3,200 in 2010 to more than 13,000 in 2011.

Since the variety of chemicals used in the manufacturing of these products is constantly changing, their contents and effects are dangerously unpredictable. “These things are dangerous — anybody who uses them is playing Russian roulette,” Huffman explains.

The limited research that has been conducted proves the lethality of these spice products. One study conducted earlier this year at the University of Alabama, Birmingham involved four previously healthy young men who developed short-term kidney damage from using synthetic marijuana. Another recent study by neurologists from the University of Southern Florida (USF) has discovered a link between smoking synthetic marijuana and strokes in otherwise healthy young adults.

“To the best of our knowledge, what appeared to be heart-derived strokes occurred in two people with otherwise healthy hearts,” W. Scott Burgin, MD, professor of neurology at USF Health Morsani College of Medicine and director of the Comprehensive Stroke Center at Tampa General Hospital told Science Daily. “So more study is needed.”

After a few publicized instances, Sweetwater, Florida became the first city in May 2012 to ban the sale of all incense that’s not on a stick in an effort to outlaw synthetic cannabis products. One such event that received national coverage was the “zombie” attack triggered by alleged bath salt use. Although the toxicology report negated that claim, numerous other similar bath salt-induced attacks succeeded. The most recent incident, as recounted by Vice, is that of Kenneth Sprankle, a 27-year-old homeless man of St. Petersburg, Florida, who was shot by police after smoking Spice and wielding an ax at them.

In July, federal law followed suit and the Synthetic Drug Abuse Prevention Act, as part of the FDA Safety and Innovation Act of 2012, permanently placed 26 types of synthetic cannabinoids and cathinones, like bath salts and spice, as Schedule 1 substances. Since then, about 11 more types have been added to that list, but it is up to the states to prosecute in local courts and sustain their own laws to control their distribution. In Florida, it is currently a third-degree felony to sell, manufacture, deliver or possess with the intent to sell products with any of these synthetic chemical compounds.

“I will remain vigilant in my efforts to keep these drugs off store shelves and will continue to outlaw emergent synthetic drug compounds,” Attorney General Pam Bondi, who is working with Florida Legislature during the 2014 legislative sessions to permanently ban synthetic drugs, said in a news release. “These drugs pose a serious threat to Floridians, particularly our youth.”